I’ve started the music with the piano, when I was 7. I had lessons in Paris for a few years, before discovering the Electric Guitar when I was 13. It was a first shock. I was very found of 60’s-70’s bands, and Jimi Hendrix was my hero.
When I decided to become a professional, I was suggested to get back to a more classical music training. I listened to this advice and started the Classical Guitar. That was a second shock. It is such a beautiful, precious, divine instrument, that I felt in love with it very quickly.

There is a video in Youtube, with you playing Zad Moultaka’s Calvario, can you talk us about this composition? I have always found it beautiful and very complex…

Well, it is indeed very complex, but at the same time, his music is so generous and sincere, that it becomes – somehow – simple, in the meaning that it speaks for itself.
Zad is a fantastic composer. His music comes from his very deepest feelings, and very deepest thoughts. I would use the word “organic” to describe it: he is at the same time a “composer of notes” and a “composer of sound”, which is very important to me. It is even essential, actually. Now to talk a bit more specifically about the piece itself, well… The last time I did it was a two parts Lecture at the Royal Conservatory of Brussels, during the Contemporary Research Days, as a PhD Researcher, which was a huge performance and analysis work. So it’s going to be difficult to synthesize it in a few lines.

But, I think the details that have touched me the most are the numbers. If you have the score, which is easy to get on “Qobuz”, take a deeper look at the numbers. The whole piece is build around very specific ones (I won’t tell which ones: it’s really magic when you discover them by yourself), all related to Christ, to Christendom, and more generally to spirituality. I am also working a lot, as a PhD, on the Gesture, microGesture, and technics development for our instrument. But when I say “technics”, I don’t talk about “effects”.
“Effects” are some kind of new “stuffs” that some composers “find” on the instrument. Which means: it’s first about the instrument and then it tries to become music, and most of the time it doesn’t reach this goal.
With the “Calvario”, it’s absolutely different: Zad had never written for the guitar. So he first wrote the piece as a Musical Gesture, translated to the instrument. It has lead to new needs, new technics, that were necessary to express the music on the guitar. And this is precisely how all the new technics used in the piece have become all of a sudden very important to our instrument.
This is why “Calvario” is a real Masterpiece. 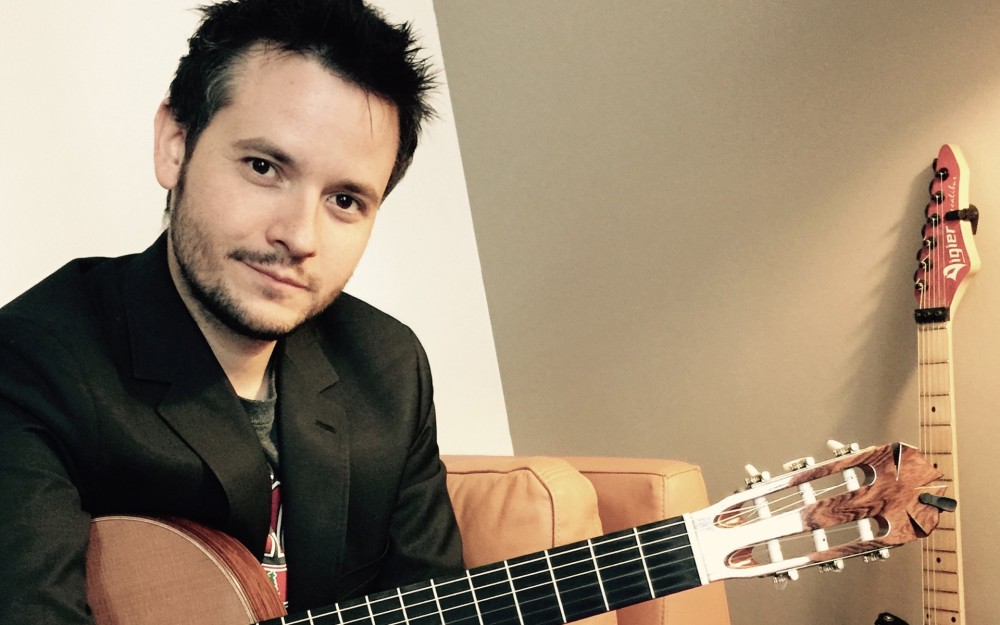 I have heard Pablo Marquez’s version too, what do you think are the main differences between your and his interpretation?

Pablo has made the premiere of the piece. He has worked directly with Zad to make it become what it is. I could not compare my version to his. But I can say that he is a true source of inspiration for me, not only as a guitarist but even more as an artist.

It’s a very interesting and complex question.
I think that the real improviser is the one who can use any language he has learned – or he feels at ease with -, but with the idea that he truly expresses himself: it can be Jazz if he is a Jazzman, Continuo if he is a Baroque musician, Free if he is a Contemporary musician, or whatever, with no need to classify musicians into categories, in the end.
In comparison with human languages, those different “music categories” would be different “languages”, but they are just a technical way to express something: feelings.

It depends.
If we are still speaking about improvisation, then there is no “error”, since each “error” would be a new proposition in the music process.
If we speak about written music, then it’s a bit different, but the finality is the same. I’ve spent years working on the “let go”, which means accepting the error. Musicians are a bit like high-level athletic people: the mental is essential in the Performance. If you play an error, and you focus on it, then you’re not concentrated anymore on the real time: your thought is in the past. This is when it becomes dangerous, and can lead to other errors, or even worst: to a bad performance.
On the contrary, if you learn to “let go” and accept the error, then you only perform in real time and forget about what has happened. What’s important is the globality of the performance. The error then represents only ¼ second of a full concert. And again, it is not anymore an error: it becomes just a little “something” that has happened in the performance. We’re human, it’s part of us. Hopefully. 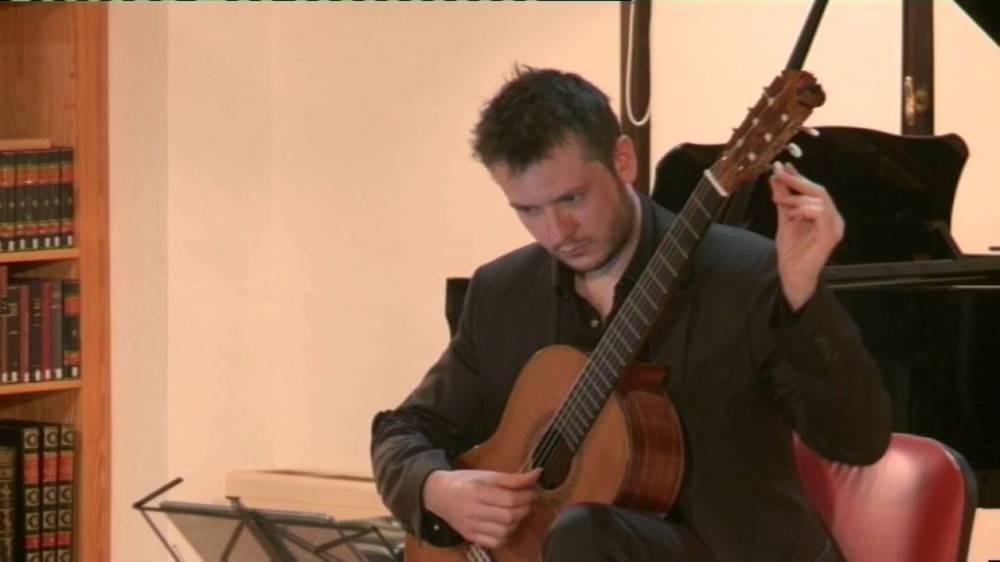 Please tell us five essential records, to have always with you .. the classic five discs for the desert island …

How is going Duo Resonances? Do you still play with Frédérique Luzy?

We have performed our last concert last July. After almost 10 years working together, we wanted to explore new things, with different ways for each one.

Your next projects? I know you have a lot of project working on…

As you may now, I am now specialized in contemporary music. It became somehow obvious to me when I understood this was going to be the synthesis between my debuts on the electric guitar and my career on classical guitar.

I have a program going from 1970’s to nowadays, offering pieces in mirror from composers who have written both for classical and electric guitar. For example Tristan Murail’s “Tellur” and “Vampyr!”. But the program offers more composers, like Romitelli, Dufourt, Moultaka, and more to come.

I am as well very lucky to have Zad writing a piece for electric guitar for me. I’ll do the premiere in the next few months. And I was more than honored when his manager offered me the opportunity to become one of the soloists of his Ensemble Mezwej.

This program will be recorded for the Belgian Label “ZedClassics” in the next few months too.

Currently I am working on a Gesture Auto-Composed Electronics process: I work with the software Max/MSP and some 3D gesture-captors that produce electronic sounds, initiated by my own gesture as a performer, on the instrument. It’s very complex but very interesting.

I am also preparing a new video clip for the beginning of 2017.

And of course, I am starting a new solo career with a lot of concerts to come. My first tour as a soloist, presenting this whole new program, will be in the USA, next February (2017).

As you can imagine, I sometimes would love the days to have 24 more hours! But I love what I do. Being a musician is really the most beautiful work in the world.

When will we see you playing in Italy?

I’ll be playing at the Umbria Guitar Festival in one of the next editions.
I love Italy, and I hope I’ll have the chance to come more often!