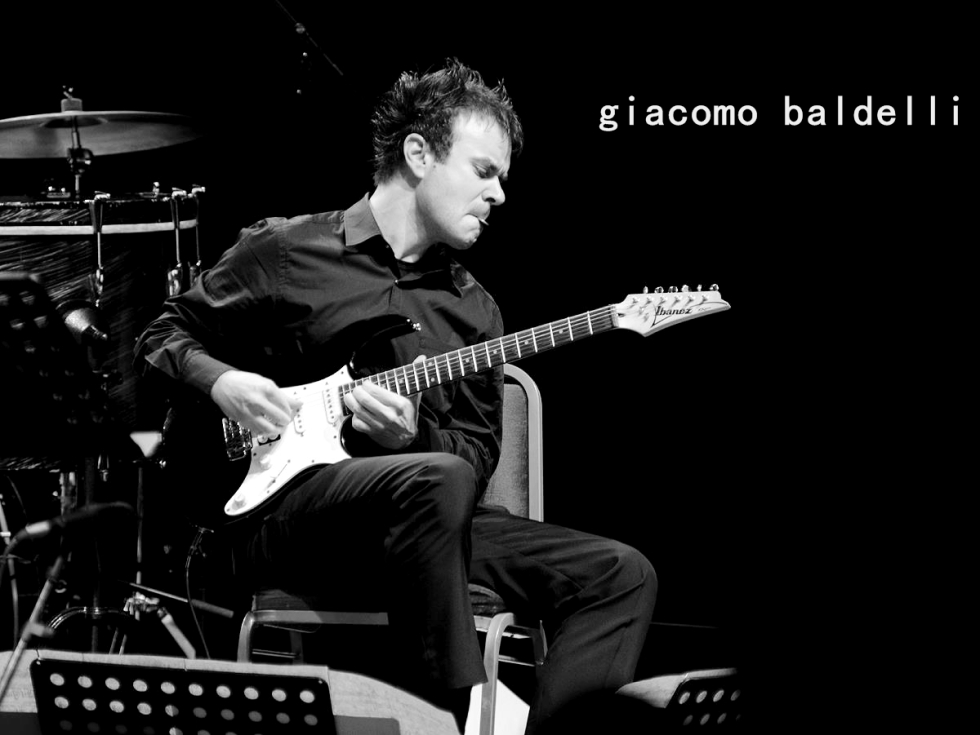 When did you start playing guitar and why?

I started to play the guitar when I was 8 years old. My parents sent me to the Conservatory of my city, Istituto A. Peri in Reggio Emilia – Italy. They knew how important the musical education is for a young kid and they wanted me to try to take it very seriously. I was very excited but I also soon realized how difficult and challenging this path would have been. They supported me a lot, and I’m still extremely grateful for that.

I graduated in guitar performance practice in 2003 and I had my master degree in 2006. My teacher was Claudio Piastra. I consider him my main teacher, although I also had the chance to study with other guitarists like Carlos Bonell and Vladimir Mikulka.

Since I was 16 years old I started to be very interested in contemporary music. Let’s say that I probably understood back then that this would have been the main focus of my life. I have to say that I’ve never been a huge fan of the classical guitar repertoire that we inherited from Andres Segovia. Of course I studied a lot of music of that kind and there are many pieces I enjoy performing. I understand and I respect the importance of it, but it’s really never been my thing. I’ve also always been a rock music listener.

With that guitar do you play and have you played with?

My favorite classical guitar is a spruce Carrillo. In terms of electric guitar I mostly play a Fender Stratocaster, but sometimes I need instruments with different pick up settings. When I need a guitar with humbuckers I normally play Ibanez guitars.

How was born the idea to release the cd Chitarra Italiana XXI Sec.? How did you choose the passages?

That album is kind of old now. I recorded it in 2009 and published in 2010. I started thinking about the album even before, maybe in 2007. I was 25 years old and I felt the need to finally record my first solo album. I really wanted to do something personal. I decided to collect together pieces that were written for me or that I personally premiered. Initially it was supposed to be an album for classical guitar. Only when I had already recorded all the classical guitar material, I thought it was important to include an electric guitar piece too. I accepted a challange with myself and I recorded Trash Tv Trance by Fausto Romitelli. Only after the album was released I realized that mine was the first recording of that piece made by an Italian performer.

This is a very tricky question since now I mostly perform contemporary music. In this world improvisation is something very popular. Of course I’m not talking about jazz improvisation -that’s something completely different. I have to say that improvisation has a very important role in my work, especially in terms of keeping an open mind toward music.

In June 2016 you have beeen in Venezia (italy), at San Giorgio’s island for a contemporary guitar meeting, how it was that experience? Will you come back to Venice?

The workshop organized last summer by Fondazione Cini and Orpheus Instituut was very exciting and it was a real privilege for me to be invited to teach and work on the repertoire for electric guitar by Fausto Romitelli. In Italy it’s still very rare to have an institute like that focused on the contemporary music performance practice. Most of the timethe work on this music is related only to the composition. Gianmario Borio, director of the Fondazione Cini Music Institute had a great idea and I would love to go back there someday.

Let’s talk about records, what are your favourite five records, to always have with you … the classic five discs for the desert island …

This is a very hard question, especially because my preferences change almost weekly. I would say:
1) John Williams -Echoes of Spain (1981)
2) Franz Halasz – All in Twilight (2000) – This album introduced me to Toru Takemitsu and pushed me towards the contemporary music, even if here we still talk about a pretty traditional language
3) Narciso Yepes – Heitor Villa-Lobos (1988)
4) Ignition Duo – Ablaze Amidst the Horns (2016) – They are an electric gutiar duo based in San Francisco. It’s a beautiful collection of music.
5) Fausto Romitelli – Audiodrome (2007) – It’s an orcherstral work featuring the electric guitar. A masterpiece.

If you listen to a different interpretation of a song you have already played or you want to play, do you consider your listening or do you prefer to proceed in complete independence?

I like listening to other performers playing the music that I perform. It’s interesting to see how the same musical material can lead to several interpretations. Said so, I normally tend to focus on my own point of view, without being too much influenced by others.

I sometimes feel that in our time the music’s history flow with no particular interest in its chronological course, in our disco-music library before and after, the past and the future become interchangeable elements, could this be the risk for an interpreter and a composer of a uniform vision? A music “globalization”?

As I said before, I play mostly contemporary music, but I studied and performed early music, baroque music, classical music, tonal music from the 20th century etc. It’s important that a performer has a solid background tested in every kind of repertoire. Then he/she can choose, let’s say, the area of expertise. We all can tell what kind of music suits us best. But still, we are required to have skills to be at least decent performers even in that portion of repertoire we don’t normally play. Also we have to be constantly aware that every era requires a specific performance practice.

These days I’m working to a new album that will be dedicated to American music for electric guitar. In the meantime I’m still promoting my show for electric guitar and video that I created with OOOPStudio, two very talented Italian videomakers. Last but not least I’m enjoying my new musical adventure (h)artDrive, a electric guitar duo that I recently founded with amazing guitarist Nadav Lev. A lot of things going on. Fingers crossed. Always.