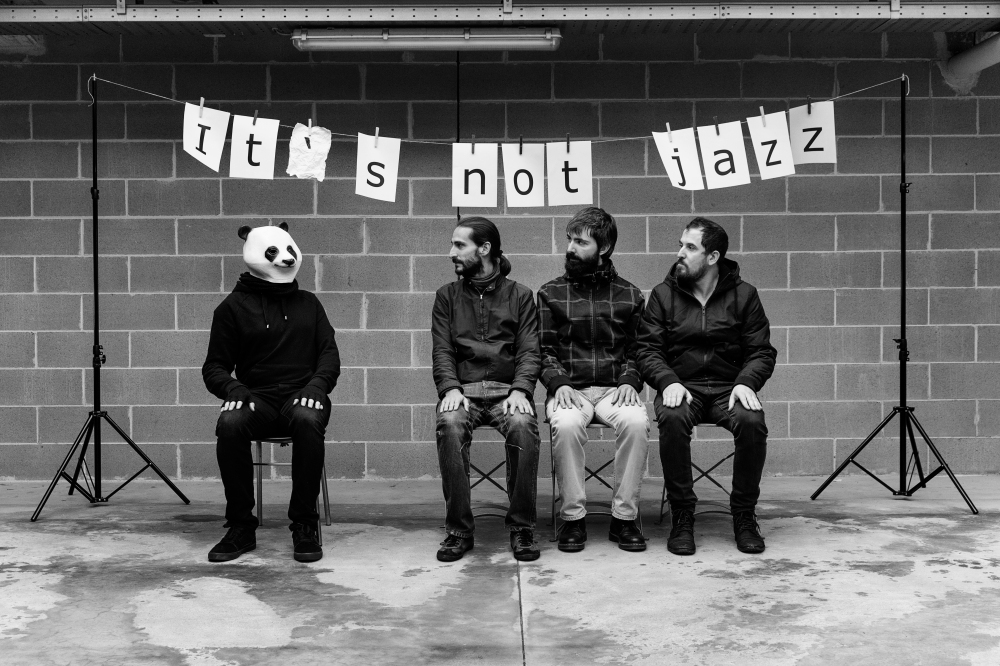 Hello Andrea, a year ago we were talking about your business as a soloist and now you have released this new job with the Swedish Mobilia trio, shall we talk about this new project and your fellow travelers?

Swedish Mobilia was founded in 2010 by a fortuitous and lucky initial meeting between Daniele Frati and Dario Miranda, the other two members of the trio. Daniel and I were playing together already for a long time and the idea was then to see us one afternoon in the studio and play toghter. We recorded everything, and listening to this material, we were so impressed that everyone still remembers particular fragments of that session. And after some time our first record took shape and was released by Leo Records, which was followed a year later by second one, also published by Leo a record that sees as a guest on four tracks the trumpet of Luca Aquino.
Daniele and Dario are two extraordinary musicians and we experienced together some wonderful periods of creation and growth. Our approach to the Swedish Mobilia’s design has always been a kind of improvisation with a strong intention to define our own identity. The results came through constantly listening to and criticism of the material produced in the tests, looking for the form and content replay techniques that we considered interesting and sometimes the voluntary imposition of limits to allow us to get out of deadlock. This long phase allows us, today that we no longer live in the same city, to recognize ourselves in that identity created and continue to evolve it, either through individual personal experiences that stretch the road we travel together. 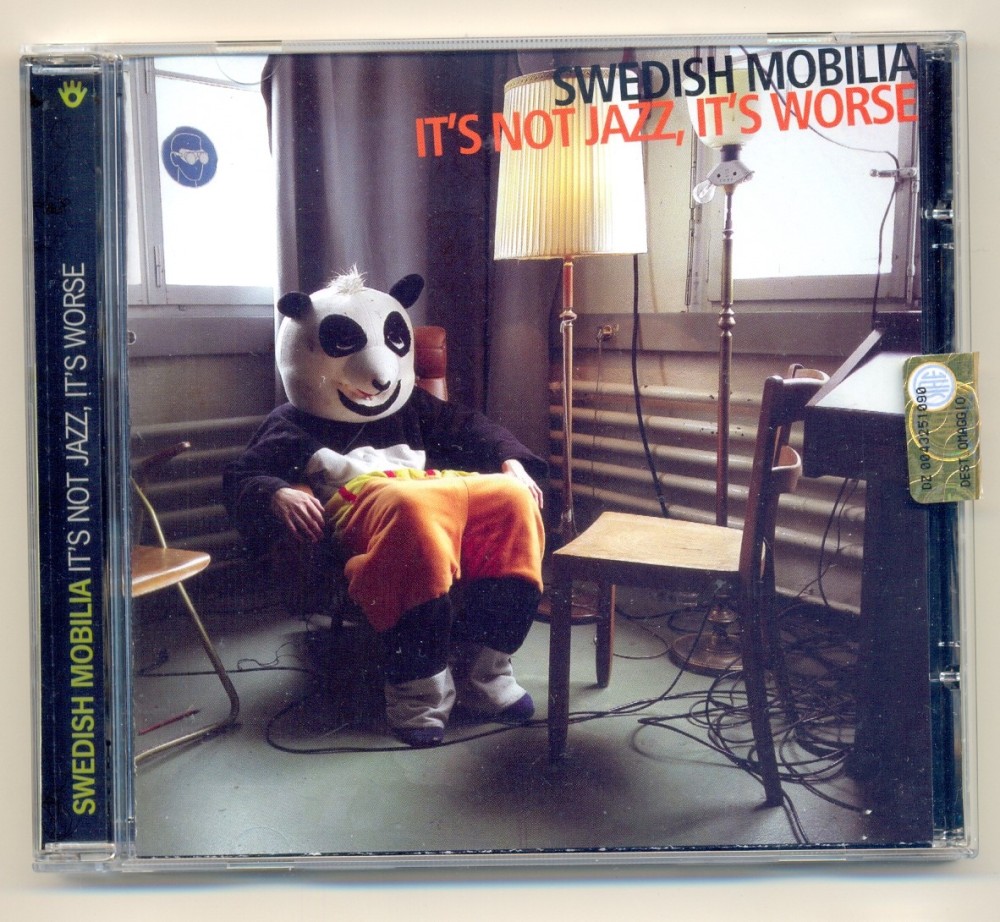 How was born the idea of this “It’s not Jazz, It’s worse”? Who did choose the title?

“It’s not Jazz, It’s worse” was created in 2014 back from the concert in Toulouse for Improfocus festival. As it often happens, the sharing of what is life besides music creates the conditions so that the music becomes live. And so it was, when we returned to Milan after hundreds of kilometers of travel and an amazing climate found to welcome us to Mandala Jazz Club, we locked ourselves in the studio for two days being virtually silent and crushing the rec button. I think from what is heard can clearly shows that at that time we were and, personally, every time I come back on those tracks, I see pictures and relive the emotions of those days lived together.
The title was chosen by Dario: a phrase that sums effectively and ironicly what we think is the definition, or the non-definition of our music.

How have you arrived at Auand?

As previously mentioned, we published our first two albums with English label Leo Records. We were delighted, to get into that catalog was an honor for us. However, we felt the need to return home, in a sense. Personally I have always seen as a courageous Auand label, something that unites us in our proposals. And so we sent the material to Marco Valente who agreed to get us into his family.

This record deviates a bit from your previous “AmI?”, was it beacause the interaction with Dario Miranda and Daniele Frati or are you changing something in the way you play guitar?

From a chronological point of view, “AmI?” is the next to be at the birth of Swedish furniture, so then my approach to the guitar is even more closer to the recording of “It’s not jazz, it’s worse”. It may seem strange, but I never really considered the fact that these two projects could show a different way of playing. I think rather that the context in which my guitar was found to have affected the result, rather than a different attitude from the start. And in that sense, yes, of course interaction with Dario and Daniele is credited with this difference: the empathy that is created does permeate the language of the individual in that of others, and that changes everything.

I really liked the Ballard’s quote in the CD booklet: “One needs a non-linear technique, simply Because our lives today are not conducted in linear terms”, why have you chosen? What’s the affinity with your music?

The quotation was chosen by Flavio Caprera, who kindly wrote for us as an introduction to the listener, and of which we are delighted. Ballard is an author who I didn’t know, but I agree that this quote fits perfectly to our music. Three distinct personalities that come together in a unique creative process, continuously, put inside the game infinite elements of unpredictability that combined together produce unfriendly reactions in the same or neighboring stimuli, reactions that define what will happen, to change the mood of the individual and then again to vary what is the collective balance and line of response that ensues. And in the process I think we can, in fact, see the life that we live every day.

In June it will be published the second disc of the Raw Frame trio that sees on the drums my fellow Swedish Mobilia Daniele Frati and on bass Salvatore Satta. It’s a project that we carry on I would say roughly ten years, probably even more if you think it as a spin-off of Ascopo Dilocrio quartet which was part of the now Londonier Ennio Salvemini, and he sees me authored with Daniele of the original compositions that we perform. We are very happy to have met Giovanni Barone and we look forward to carrying around our music. Another collaboration of which I am very happy is the one with Francesco Zago, a duo of guitars that has been called, I do not remember by who, “between lyricism and psychedelia”. We made some lives and we have a recording in program. A job already registered and awaiting publication is instead the trio with (guess!) Daniele Frati on drums and Alberto Braida on piano. Having the chance to play with Alberto with drummer with whom I have developed over the years a deep empathy it was, and is, a priceless opportunity.

Listen .. I’m doing this question from some times… a few years ago I read a good book by Bill Milkowski called “Rockers, Jazzbos and Visionaries”. Carlos Santana at one point replied that: “Some people have talent, some people have vision. And vision is more important then talent, obviously.” … after all these years of playing … what is the your vision?

I think before we can explain what my vision I should at least be aware of having one. And I do not think I can say I am. I mean, who has the task to tell whether an artist is a visionary or not? Himself? His contemporaries? Or historical analysis made after the events? In an ironic way, I can tell you that I have a hard time to “survive” to the many attractions that surround me and to draw between these a path that, at least for me, it makes sense to me is very difficult to be able to take my possible vision.