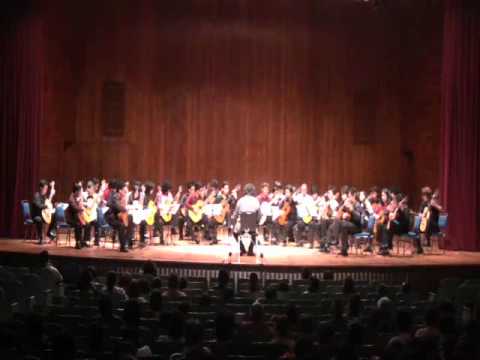 This piece was commissioned by Guitarra 2010, the first UST International Guitar Festival. It is a very colorful work inspired by Filipino dances (Malakas at Maganda). “Hex” comes from the Latin “six” but at the same time is related to the German word “hexe” (witch). It is written for the Festival Ensemble with the intention of having fun at the same time being aware of the possibilities of the guitar’s six strings.

It was performed by the UST Guitar Ensemble with Agustin Castila-Avila as the conductor in Guitara 2010 held in the Philam Life Auditorium, U.N. Avenue, Manila