What did you study and what is your musical background? What were and are your main musical influences?

I started learning the piano when I was 5 years old in Japan, and also music dictation. Going to 1 day music college junior department from age of 5 or 6 I think, every Saturday (and I went to acting school every Sunday from age of 3 until age of 10 – though I felt it was really not for me.)

Why did you choose to become a composer?

I had a very good piano teacher when I was 6 until 12 years old, though I was alway rebellious to everything, and particularly to this poor piano teacher. I cut a bar from Beethoven sonata, changing melody of Mozart, cutting the rests of Haydn’s piano music, I honestly thought that way the music sounded better to me then. I know how dare me to do such thing to these historic masters! So obviously my piano teacher was telling me off all the time.

Th only way to escape from playing music which I was forced upon by my (very good) piano teacher, was to compose my own music. If thought that I write my own music nobody can tell me off, as it would be always “correct” to play the way I played.
Though my mother always thought I was only composing to avoid practicing the piano (that is true), so shouting at me from the balcony (she was drying the washed clothes) when she knew I was composing my own music.
Only music I remember I loved when I was 10 year old, when this piano teacher brought Kurtag’s “Játékok ”. I have no idea how she knew about it back in 1980s in provincial town like Osaka. Though she just had enough of me totally against her every minute of the lesson (my mother was sitting through the lesson too with her note-pad), she thought to bring this untraditional piano playing music. I still remember how much I was interested in the score of this Kurtag’s work.

You have composed a lot of scores for guitar, especially electric guitar, in the booklet of your last cd you wrote “I always found it tricky writing for the guitar due to limitations on holding chords as well as the softness of the instrument.” and “The sound of the guitar is like a piece of small jewellery and I am continually figuring out how to spin it into a big world, or a whole universe.”, this is a very poetic point of view, how did you start to compose for guitar?

Basically, when I was in high school (I moved to UK alone), I couldn’t hold the chord F on guitar! (I am sure this is typical for many people). Anyway I knew writing for guitar is always very difficult for non-guitarist, but I always loved the sound of guitar, first the sound of electric guitar (in pop and rock music I was listening to when I was in high school) then also started liking the sound of acoustic guitar. My first acoustic guitar piece was “Sparks” that’s written in 2011, only 6 years ago.

How did it start the idea for your last cd “Chance Monsoon”?

I always wanted to write a proper acoustic guitar piece. So when Soichi Muraji asked me to write for him, I was delighted. I had no idea he was a star-guitarist (not that I would have cared even if I knew). We spent long time on Skype, I had my own guitar which was given to me by friend of mine in high school (he was in a band, or wanted to be in the band, and when he left the high school he didn’t want to carry it so he gave it to me. Amazingly after 20 years its strings are still not broken! I still can’t hold the chord F), and trying to find new playing techniques. I asked for Soichi to do many things on Skype, there was a moment, “That’s it!” – I knew that was the key technique for the piece when Soichi told me he never played something like that on guitar. Like the opening and ending tremolo, when I discovered through this Skype session (don’t know I was the first to do in the world, but at least for me it was a discovery), I was quite obsessed with the sound. Also several other techniques which I discovered during the session with Soichi and it was first time for Soichi too, as he told me later. Everyday I write and then send him the screenshot, he will record and play that part back to me. We did this until I finish the piece. This is the kind of collaboration with musicians I often do, and love it.

I saw that a lot of your music has been played by International Contemporary Ensemble (ICE), how does your music methodology is influenced by the community of people (musicians or not) you work with? Do you change your approach in relation to what you directly or indirectly receive from them?

I pretty much like to always collaborate with musicians as I explained above. With I.C.E., I know all of them so well, and we worked on so many pieces. I remember a member of ICE played Multiphonics to me on Christmas Day over skype when she said she was ill and a bad fever.

For improvisation, I collaborate with Norwegian musicians such as Jan Bang, we made some tracks together which is on Jan’s album. This year, at “Born Creative Festival” which is a new music festival which I am the music director, I have performed together with Jan Bang and Nils Petter Molvaer on stage, total improvisation. Every time I work with them, and other improvisors of this level, I learn so much, how I listen to the sound and to react, but also not to react for certain moment and so on.

Berlioz once said that composing for classical guitar was hard to do because you first had to be a guitarist, and these words were often used as a justification for the limited repertoire of classical guitar compared to other instruments like piano and violin. At the same time these words seem not to be so important in the contemporary music’s world where guitar (either classical, acoustic, electric, midi) seems to attract a lot of attention. As a composer, do you believe that there is still something true in what Berlioz said?

I think what he said is right if you haven’t Skype or FaceTime with guitarists! As I said above, everyday collaboration with musicians can solve this problem. Actually in Chance Monsoon, Yoichi – star guitarist, told me lots of techniques there he has never done before. So maybe it works best if you are a composer who is NOT guitarist WITH Skype (I am half joking). 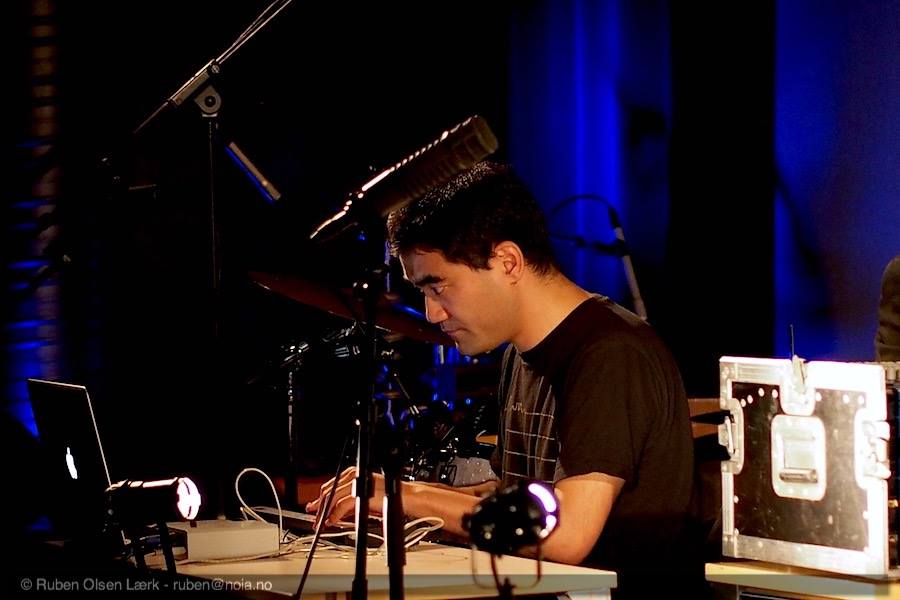 What are your essential five discs, always to have with you .. the classic five records for the desert island ..?

I don’t know, I don’t listen to music in my free time anymore since I have my daughter. I listen to enough music from whatever she is watching or listening (which is not my choice), I haven’t hearing-capacity to listen to anymore music for my own joy.
If I listen to music, mainly pop, like albums of David Sylvian (especially “Secret of the Beehive”, “Gone to earth” or actually anything by him, including recent albums), Ryuichi Sakamoto’s albums (including film music like the specifically the tracks he composed for The Revenant), albums by Arve Henriksen, and maybe some other experimental pop or improv albums come across.
Sometimes I listen to classical music recordings for study purposes.

I adore David Sylvian and Ryuichi Sakamoto! What are your next projects? What are you working on?

I have just finished composing my second opera which is for a young audience “The Gold-bug” for Theater Basel (this opera has 2 languages version so far, in English and also in German), and I am preparing for my 3rd opera for 2020, this one is with symphonic orchestra, chorus and singers….so big one. At the same time I am writing for my 3rd piano concerto co-commissioned by 3 orchestras, the details I will announce when I am allowed!

I don’t really know if I can agree to neither of these. I don’t really know what the talent is, what does it do? For last 3 years I taught a composition workshop to 5 year old kids upwards in Fukushima (sponsored by Louis Vuitton), and all these kids in that class are genius (anyone who is in their youth orchestra program is welcome to this class, no fee, no commitment, but kids are keep coming back to this class). I introduce all sorts of strange and extended techniques of instruments to them, they immediately start writing (notating) into their own composition for the instrumentalist to perform on the spot in the class.
Vision, I don’t know what does that mean either in music. I certainly don’t want to say or believe in I am making music and that should be “revolutionary!” – I don’t really like people say things like this today (that would be an eye-rolling moment), which is very old fashioned I feel, we don’t need revolution in music, definitely not in classical music (yes I wish more new music is performed instead of Mahler, but it’s not the end of the world).
For me, music is, and music making is much more natural to my everyday life. I just want to create the world I like to visit, or live in. For the listeners who are other than myself, it is like me inviting you to my “house” for a tea, come in just for the duration of the piece. You can always get out there when the piece finish!