Warren Harding “Sonny” Sharrock (August 27, 1940 – May 25, 1994) was an American jazz guitarist. He was married to singer Linda Sharrock, with whom he recorded and performed.
Sharrock was one of few guitarists in the first wave of free jazz in the 1960s, well known for his heavily chorded attack, his highly amplified bursts of feedback, and his use of saxophone-like lines played loudly on guitar.

“I remember the very day I learned to play ‘out,’” Sharrock told me when we first met in 1988. “Pharoah had this technique of overblowing the horn. It sounded like very fast tonguing, like a buzz saw. I tried to copy it by trilling on the guitar and found that I could get a huge sound, but more human, like a voice. Then I tried to stretch it by pulling strings and bending notes, and that was the beginning.”

Wikipedia tells us that “Sharrock began his musical career singing doo wop in his teen years. He collaborated with Pharoah Sanders and Alexander Solla in the late 1960s, appearing first on Sanders’s 1966 album, Tauhid. He made several appearances with flautist Herbie Mann and an uncredited appearance on Miles Davis’s A Tribute to Jack Johnson.”
Sharrock’s style is directly connected with his desire to play saxophone, a desire that he couldn’t satisfy because of his asthma.
He relased three albums in the late 1960s through the mid-1970s: Black Woman, Monkey-Pockie-Boo and an album Paradise, co-credited with his wife, Linda. 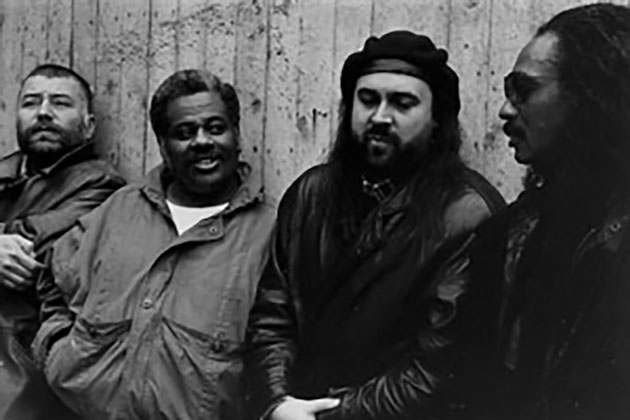 After this release, Sharrock was semi-retired for much of the 1970s, undergoing a divorce from his wife and occasional collaborator Linda in 1978. He worked as both a chauffeur and a caretaker for mentally challenged children, until bassist Bill Laswell coaxed him out of retirement, appearing on Material’s (one of Laswell’s many projects) 1981 album, Memory Serves. In addition, Sharrock was a member of the punk/jazz band Last Exit, with Peter Brötzmann, Laswell and Ronald Shannon Jackson.
Laswell would often perform with the guitarist on his albums, and produced many of Sharrock’s recordings, including this entirely solo Guitar. Relesed in 1986. 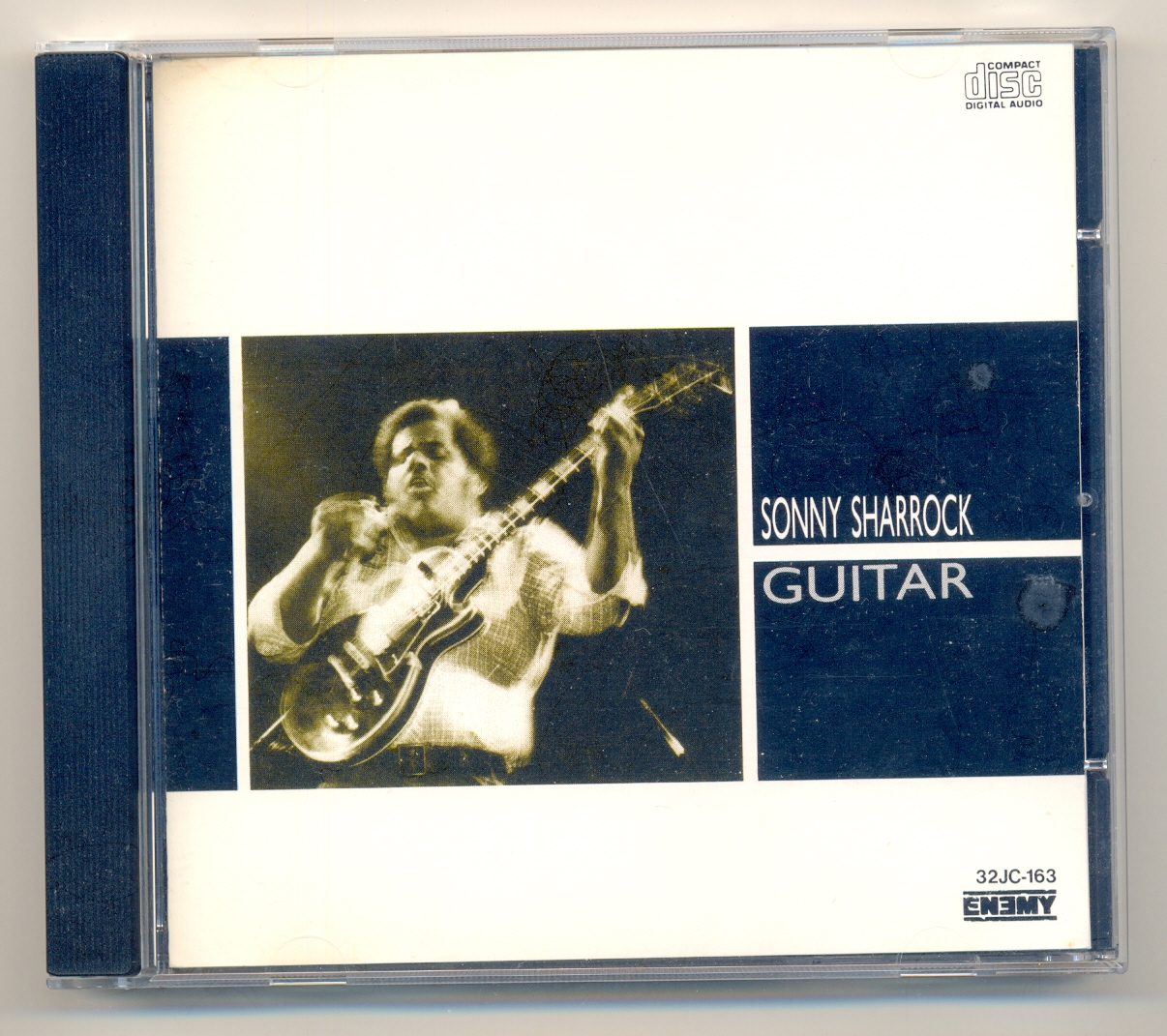 Guitar is a real masterpiece and one of the most underrated album I have ever listen to.

Guitar was released by Enemy Records, but my CD version was made by Tokuma Japan Corporation. Guitar is a small masterpiece: Free Jazz, Blues Rock, Avantgarde, Free Improvisation, here the definitions are all valid and none. It’s a high energy and intensity record, where Sharrock plays with himself, thanks to a series of over-dubbs, five tracks: Blind Willie, Devils Doll Baby, Devils Doll Baby, Broken Toys, Black Bottom, Kula-Mae and Sonata Princess Sonata, in four parts (Princess And The Magician, Like Voices Of Sleeping Birds, Flowers Laugh and They Enter The Dream).
The cover shows Sharrock as he plays his Gibson Les Paul, he is inspired, it’s a strong image, in black and white, which anticipates the strength of the music coming out of this record. There are almost no rhythms in this masterpiece, no drums at all, but Sharrock’s guitar flies, with a unique, powerful, distorted and clear sound at the same time. Listening to it is like following a monologue, an imaginary dialogue between the musician and the listener, where the first talks about himself, pay attention he talks about himself, he doesn’t show what he can do, he doesn’t show off his technique and his skills, but he simply talks, with his guitar, about himself, his music, his art and he does it with such intensity that he leaves us amazed, thunderstruck. The combination of guitar and amp is simply fantastic.

By the ’80s, Sharrock was playing a Les Paul Custom through a Marshall half-stack, sidestepping the hollowbody jazz guitars and Fender amps he’d used in his earlier work, opting for more volume and tube gain instead of an overdrive pedal. “I’d come back from England, producing Motörhead, and I told him about using Marshalls real loud, and he got into it,” says Laswell. “When we got to Japan with Last Exit, he had a whole wall of Marshalls and he’d gotten his black Les Paul, and that was his sound.” 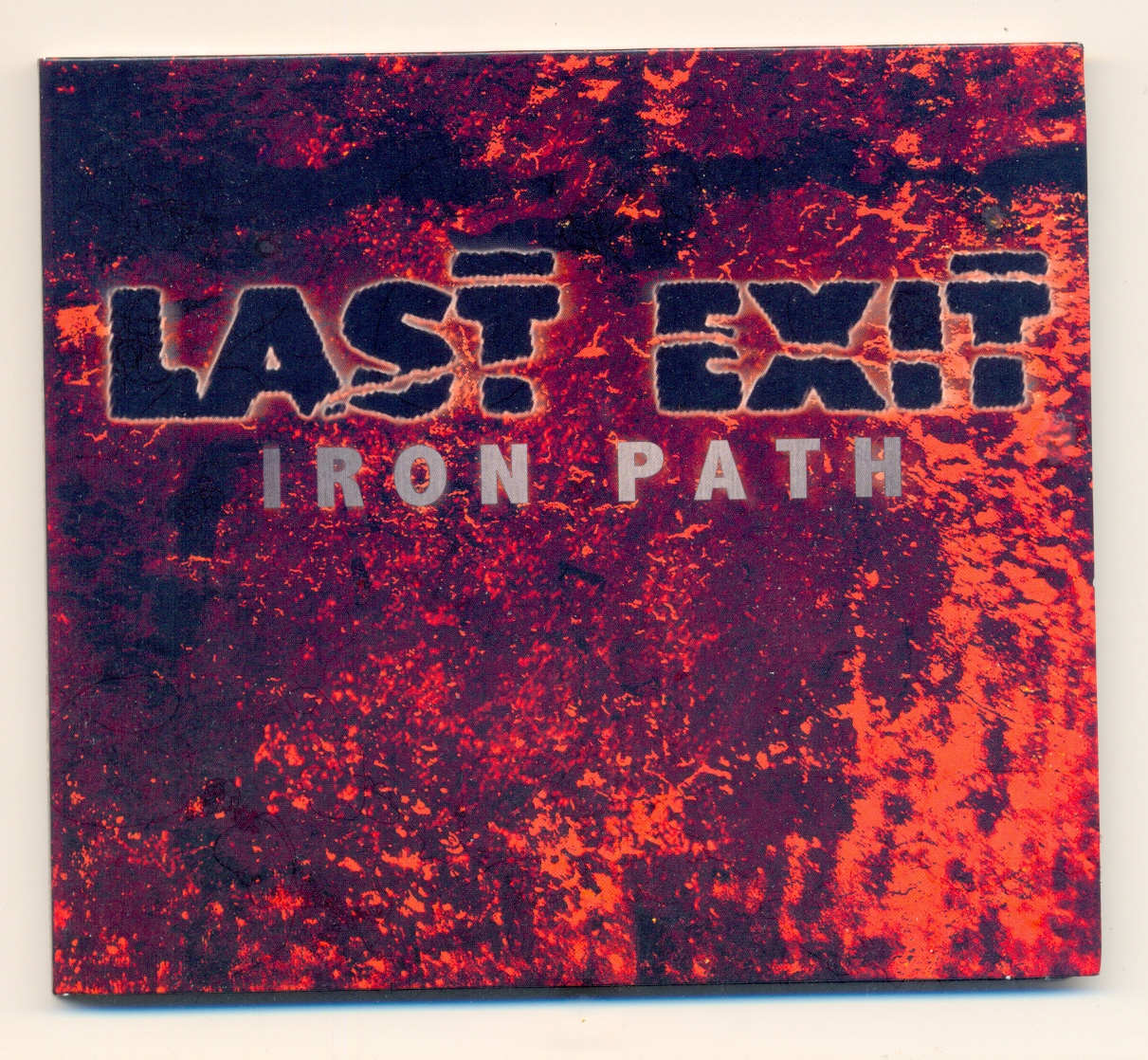 In 1988 Last Exit made their Iron Path album, the only studio album made by this incredible free jazz band, produced by Venture and Virgin Records. It may sound incredible that a record major like Virgin Records Sharrock plays like his guitar is going to explode. It’s a shorth lenght album, almost 37 minutes, but the music is so tight! His sound is uniquely liquid and colorful, a thick, tasty, hot sonic syrup. Pure lava.

Iron Path, introduces a less frantic direction, with more value placed on the space between notes and a music with more structures. The conoclastic critic Chuck Eddy considers one of the 500 greatest heavy metal albums in the history of the universe: “Sick steers in a farm field moo amid a tornado, then Sonny Sharrock’s guitar starts yanking the sound back in, restating a warped melody from one of his own records. Ronald Shannon Jackson’s traps bulldoze the mess, Peter Brötzmann’s sax heads up a battle-charge. A chariot driver cracks his whip, shouts `Hyah! Hyah!’ . . . “
But that doesn’t mean that this record could be fine for an Iron Maiden’s fan. This record is so far away from the heavy metal structures, as you can imagine, but its power and energy make it so memorable. 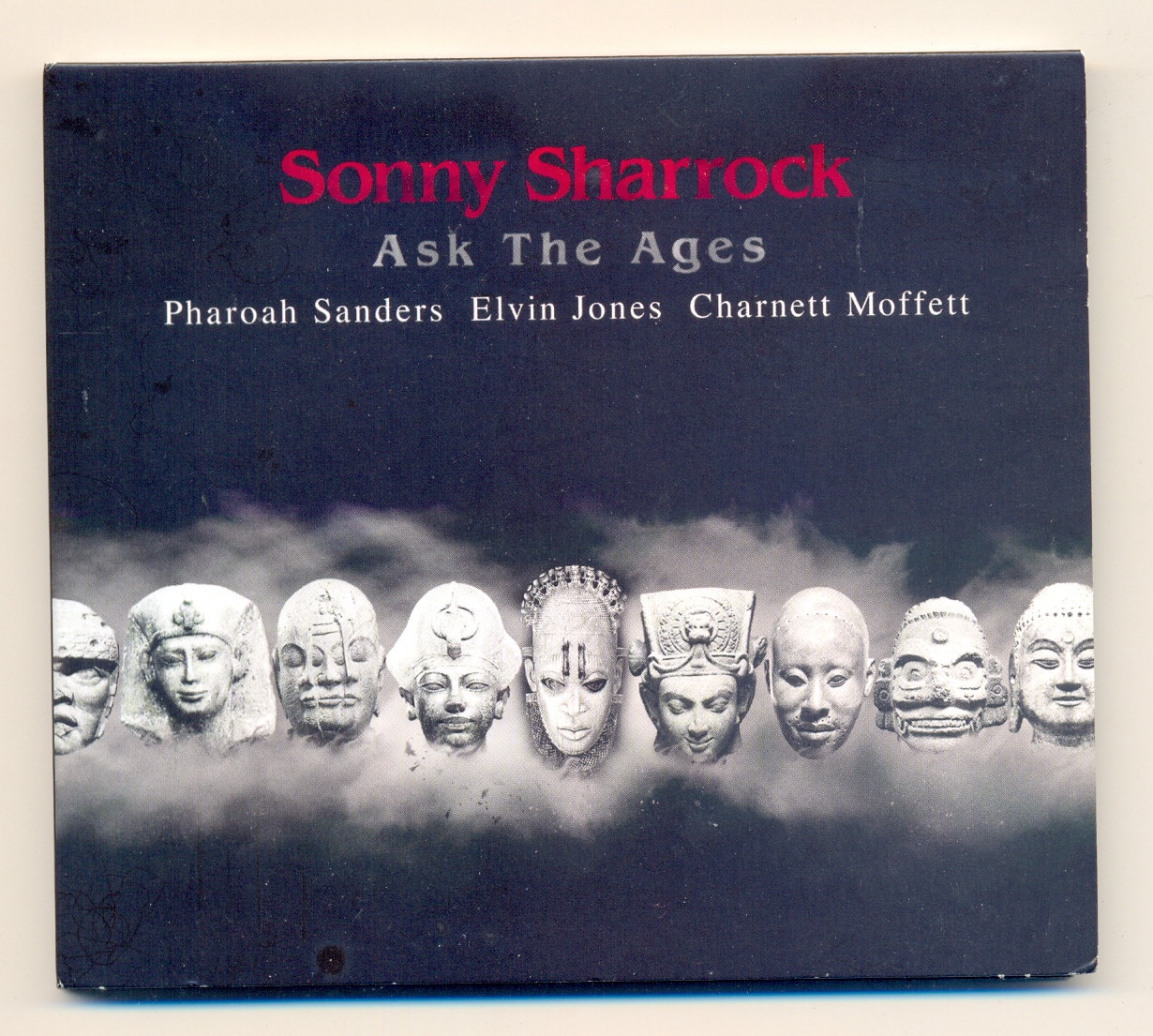 Then Sharrock reached goal in 1991 with an other fantastic record: Ask the Ages.

Produced by With Laswell with Jason Corsaro engineering, Ask the Ages featured John Coltrane’s bandmates Pharoah Sanders and Elvin Jones.
The result is a musical perfect storm. In six tunes, Sharrock built a sonic bridge between his own past and future, supported by big guitar tones that play huge riffs.

The sound of this record is something that comes from the ’67, but it’s new, it’s tight: guitar, horns, drums and double bass creates a huge sound, it looks like Coltrane came back to Earth to help them and to send this sound into the future. Today it’s ready to be heard again and it sounds so fresh as it was in 1991. In 2015 Laswell reissued Ask the Ages on his M.O.D. Technologies label, and it’s still stunning and great.

On May 25, 1994, Sharrock died of a heart attack in his hometown of Ossining, New York, as he was on the verge of signing the first major label deal in his career. He was 53. One last thing: Sharrock is perhaps best known for the soundtrack to the Cartoon Network program Space Ghost Coast to Coast with his drummer Lance Carter, one of the last projects he completed in the studio before his death.

all the quotes on this post are taken by Ted Drozdowski’s article on Premier Guitar:
https://www.premierguitar.com/articles/24636-forgotten-heroes-sonny-sharrock-s-footprints-on-the-moon