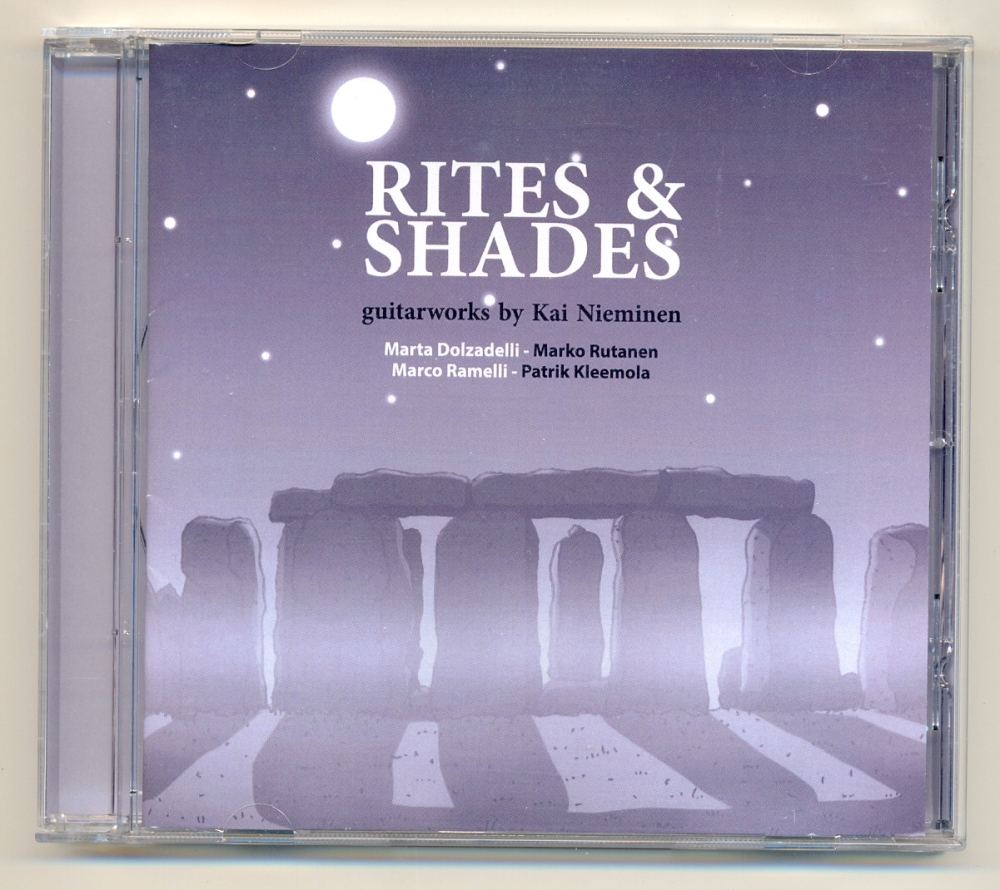 I was very impressed by this cd, Rites & Shades guitarworks by Kai Nieminen. The reasons are different and I try to list them trying to give this review a different context from the usual and trivial considerations about the beauty of the music proposed here and on the skill of the performers.

I was struck by the basic idea: a monographic CD on a composer whose music is interpreted by four different guitarists, each of them working on a different composition.

I was struck by the fact of a shared work between musicians from two different countries, Italy and Finland, so different from each other, both the countries and the different cultural contexts, and the training and the studies made by the interpreters.

I was struck by the compositions themselves. This is contemporary music, where silences, impressions, shadows, games of light, pauses and notes intertwine in a complex system that presents itself to different types of listening: a “light” listening where one can appreciate colors and calm tranquility that this music transmits, an “in-depth” listening where one can dwell on the solutions adopted by the Finnish composer Kai Nieminen and on his complex work done in managing the possibilities offered by the classical guitar.

I was struck by the idea of ​​this collaboration, of this choral work, of this album that was built on an idea of ​​sharing ideas, times and efforts. This is at a time when we are struck by many parts against the idea of ​​a Europe that shares, unites and spreads different ideas and perceptions, between different states. This record goes in the opposite direction.

Very nice booklet that accompanies the CD, containing not only the beautiful photographs but above all detailed technical indications on the compositions performed here, by the same interpreters. Very good recording quality.