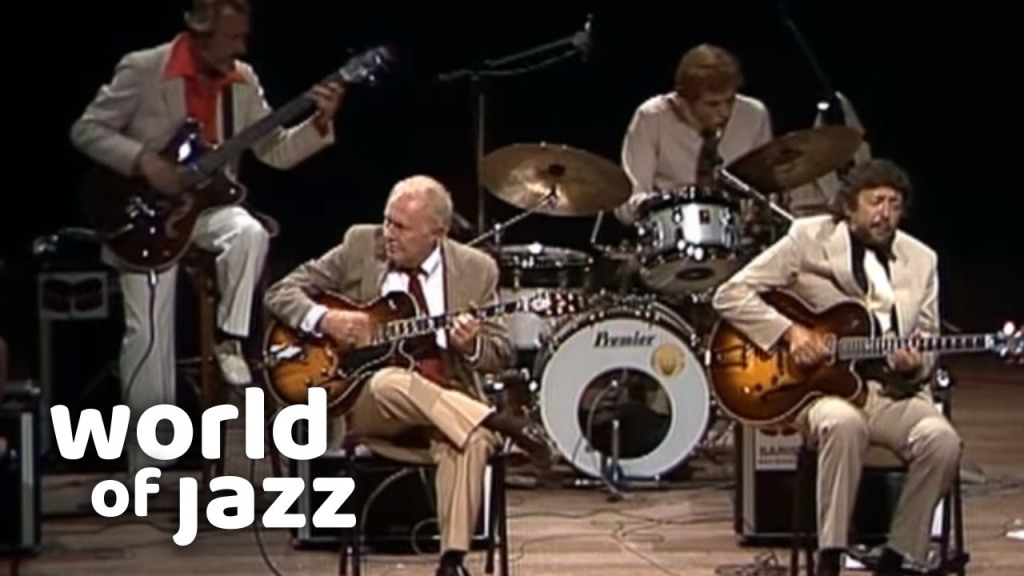 Three of the all time greatest jazz guitarists perform their unique skills on the guitar: Barney Kessel, born in Muskogee, Oklahoma, USA on October 17, 1923 was known for his chord-based melodies and was a prolific member of the so-called ‘Wrecking Crew’ group of musicians that accompanied and played on records as diverse as The Mamas & Papas, Sonny & Cher and The Beach Boys. He was voted best guitarist in Down Beat Magazine in 1956, 1957 and 1958 and recorded numerous albums. The Gibson Guitar Corporation introduced the Barney Kessel model guitar in 1961 to honour his skills. Barney died on May 6, 2004. Herb Ellis was an American guitarist who probably was best known as member of Oscar Peterson’s Trio in the 1950’s. He was born on August 4, 1921 as Mitchell Herbert Ellis. He played with Jimmy Dorsey’s band and played on numerous Verve records supporting jazz giants like Ben Webster, Stan Getz, Ella Fitzgerald and Louis Armstrong. Herb died on March 20, 2010. Charlie Byrd was one of America’s greatest guitarists. Born on September 16, 1925 in Suffolk, Virginia, he was strongly influenced by Django Reinhardt’s style and Brazilian bossa nova. He played in Woody Herman’s band in the late 1950’s and recorded ‘Jazz Samba’ with Stan Getz. Also he recorded the famous bossa nova albums with João Gilberto and Antonio Carlos Jobim. Byrd died on December 2, 1999.