I can’t remember exactly but it was about at the age of 15. It happened because of my classmates, who were playing at a relatively well known rock band at that time.

My musical preferences are always changing. In the beginning I started as a rock guitar player. Back then I was a fan of Pink Floyd, Carlos Santana and progressive-rock like Robert Fripp. But after one year of study I switched to jazz. I remember the first tune I learned was Bessie’s Blues from Coltrane. During my conservatory years I was impressed by Joe Pass, Pat Metheny, Mike Stern with whom I met personally, John Scofield, Wes Montgomery and of course Miles Davis. I had the possibility to hear him live in 1991! And right after finishing the Music Academy folk music, especially Jewish and Hungarian music became very important to me. I read a very profound sentence from János Gonda a Hungarian piano player: “The particular European improvisational music language integrates modern jazz, contemporary and folk music.” Since than this three genres are have been equally important to me. Nowadays I’am really interested in the contemporary trends of jazz playing jazz on the guitar. Therefore I’am listening for the young lions.

Why Bartók? How did it start the idea for a record like your last “Bartók Electrified”?

For a while I have mist something from the jazz recordings. In Bartók’s compositions relationship between harmonies and melodies is so modern and complex that jazz still hasn’t reached that stage. However the direction is quite similar. 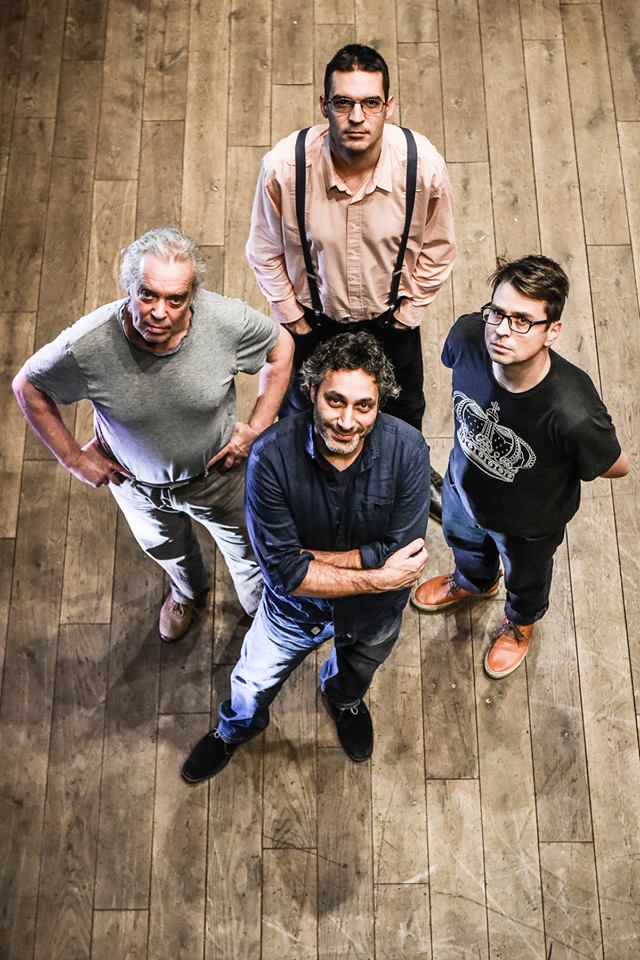 You have a great quartet, how did you meet Péter Bede, Ernő Hock and István Baló?

Thank you! Péter and István have been bandmates in my other formation called Nigun for many years. It was natural to invite them to perform this repertoire. Ernő is a very well know bass player here in Hungary and in Germany as well. I’ve have known him for a long time. My favorite Hungarian saxophonist and band leader Mihály Dresch had a rhythm section. For years where Ernő played together with István. I liked the way they played together.

Why did you choose BMC label to release your album? It’s the first time I meet the recording label, can you tell us more about it?

It was obvious to ask them if they would publish a jazz record based on Bartók. I think BMC is one of the most important European music publishers at the side of ECM. Besides jazz they publish contemporary classical music so much so that Eötvös Foundation is under there ownership. They also run a jazz club the Opus. There philosophy is close to what “Bartók Electrified” represents.

It belongs to the given piece. Occasionally it can happen like in a jazz standard but in other pieces it can be totally free and often it’s in between. I mean it’s a kind of free improvisation with rules belonging to the melodies in the head.

“They drink their fill not
from your silver goblets
but from clean mountain springs.”
That’s a quote from Bartók’s Cantata Profana. Clean mountain spring means something real. Something deep and meaningful. Main goal is playing our music without spoiling Bartók’s clean mountain spring. We didn’t just wan’t Bartók as a justification. It was a difficult but very creative joint venture to create this album. We kept changing things during recording in the studio.

There was no crisis but the harder moments sometime produce non-conventional solutions. István Baló helped me a lot in these situations.

Actually I’m really into writing the new repertoire of Nigun. It has been around for 17 years. Nigun has always been about klezjazz. Now with all the experience I have accumulated while working on “Bartók Electrified” I’m composing.