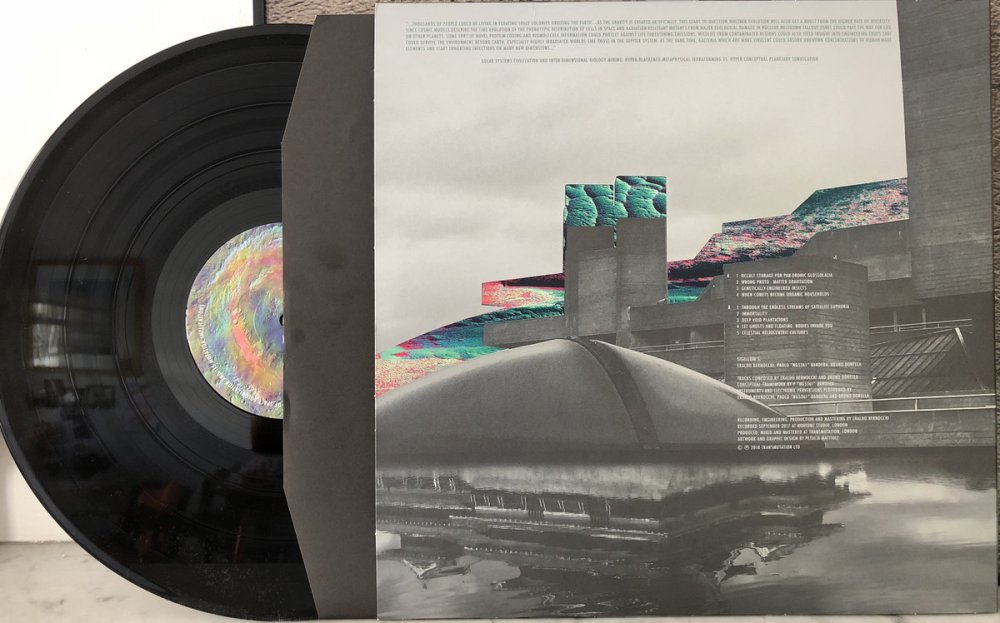 5. Through The Endless Streams Of Satellite Euphoria 07:26

Decadent. Abnormal. Futuristic. Post-modern. We are in a space colony. No. You are not in the Asimov worlds. These are not clean, translucent colonies, there are no silver fitting suits like in Gernsback’s dreams. Sigillum S’s Space Colonization is more like Alien’s colonies, with a basic difference. If in Alien silence is the dominant sound, these colonies are lush with sounds of all kinds. On the contrary, they are teeming with sounds. Sounds like life forms. No one meets in these colonies. Are they perhaps infected with mutants? What are those shadows that are seen crawling on the walls of dimly lit metal corridors? What are those circular sounds, those cantilenant monodies that are heard coming from gravitational wells? And all that noise? Noise looks alive. Maybe it comes from colonies of weeds, strange hybrids of fluorescent colors that swarm in the structures for some purpose. These colonies are not poetic, but they are fascinating. The sound. And if the sound was the true inhabitant of these colonies. If all the settlers had mutated into sound, choosing a new form of participatory life, changing and ephemeral at the same time? A hypothesis not to be underestimated for this soundtrack of a hypothetical Solaris’s cyberpunk remake operated by Eraldo Bernocchi, Paolo Bandera and Bruno Dorella. An almost archeological soundtrack, a unspace built with layered sounds from the IDM array, Ninja Tune’s voices, esoteric loops, ethnic chords, saturated guitars, Asian ancestry, electronics and free noise. It affects the consistency of a dense, saturated sound, the always experimental matrix and also a certain congenital humor, a structured game of references and citations, a circulation of structured information at high density. Play it at high volume!