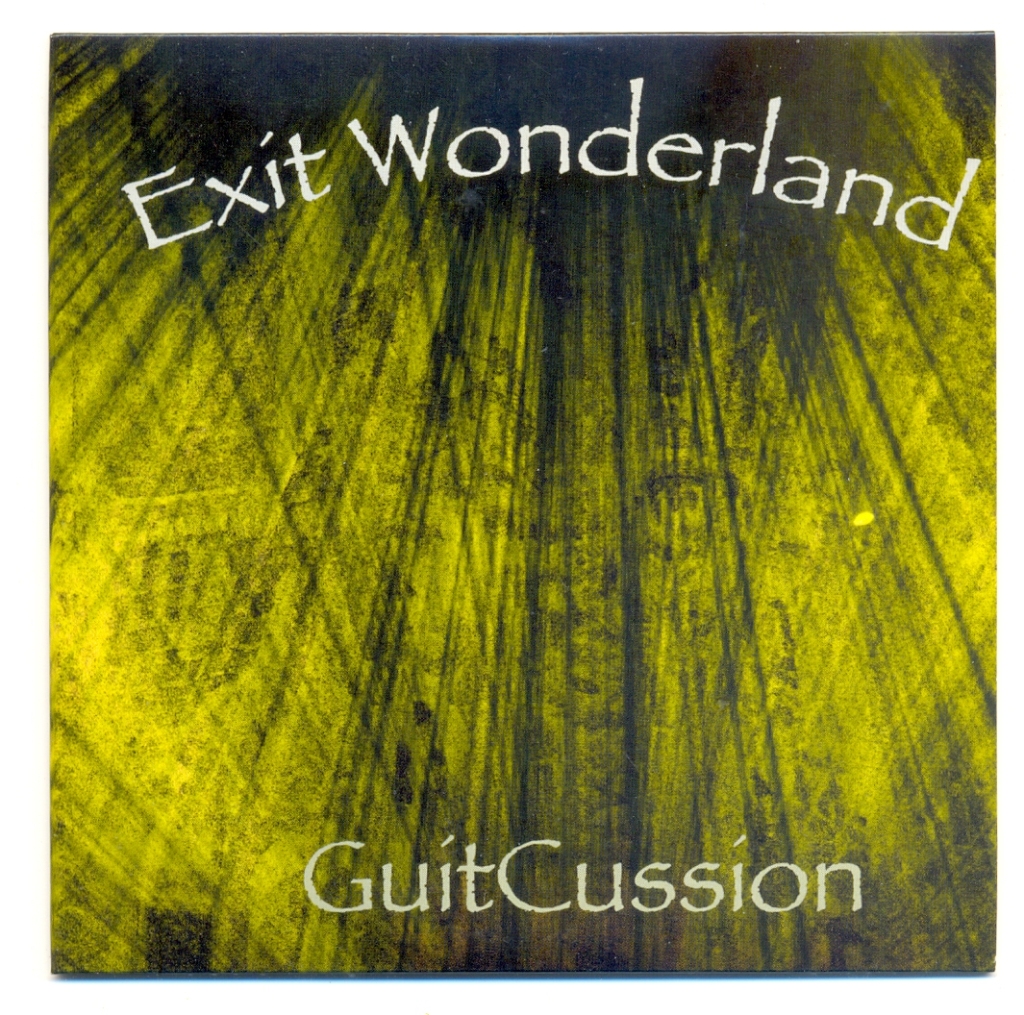 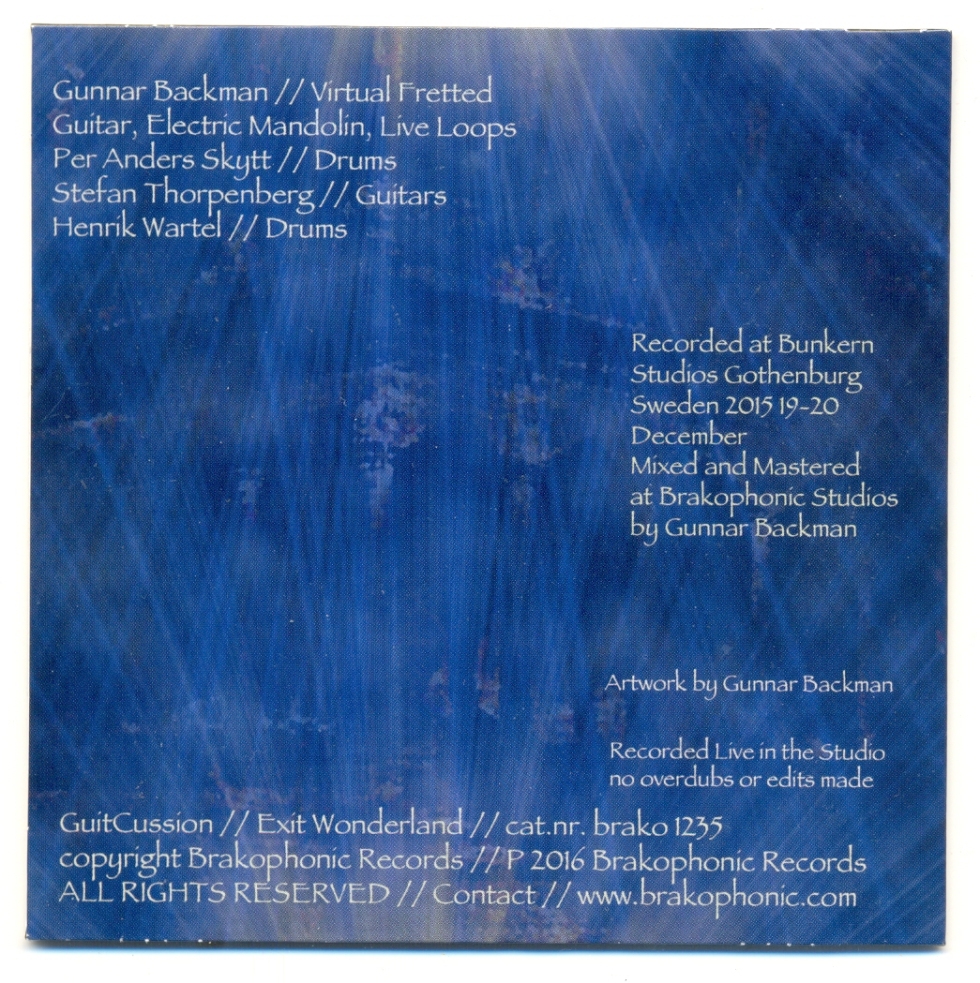 GuitCussions are back with a new record, a sort of continuation and at the same time of evolution with respect to their previous Blue Congo, released in 2014. The sensation, comparing the two records, is that of a greater order and less dispersivity. Of a more organized chaos. But not less charged and energetic music.The four musicians maintain the free form setting and the logic of free improvisation, instant composition that already delineated the structures of their first album, but here I feel more interplay and more defined environmental patterns.

They play a kind of jazz fusion in acid. I love that sound loaded, distorted and launched towards the sky that comes out of their guitars. I feel that in this Exit Wonderland have been more careful in modulating layers and layers of both guitars and percussion, focusing on an epic sound that is starting to become their trademark that alternates moments of crazy energy with moments of stillness and meditation, where guitars generate waves of sounds. I hope they continue. Their evolution seems really interesting.