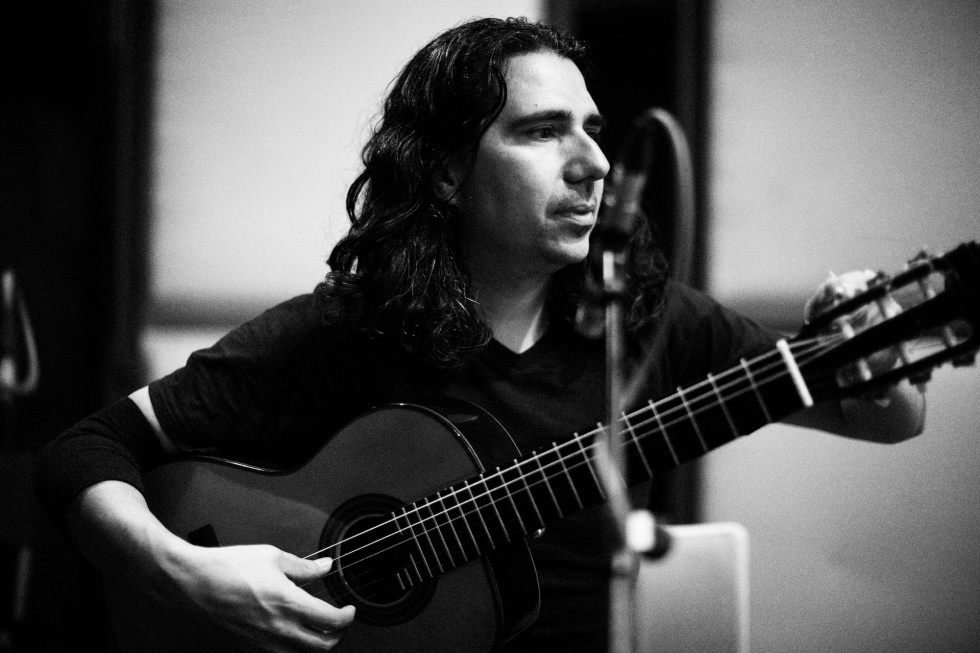 I started playing guitar as a kid, probably around 14 years of age, maybe a tiny bit sooner. I grew up in the bayou areas and farmland outside of New Orleans. It’s a very musical culture in that part of the world, not only for the Jazz and Blues traditions but for the many forms and offshoots of the different cultures that settled there. I grew up hearing traditional Jazz, delta blues, swamp pop, Honky Tonk, Cajun, and Caribbean music all mixed together since I can remember.

The reasons why I started playing the guitar were and still are multifaceted. There were the cultural influences of course, but If I’m completely honest, it was the thought and excitement even at the very beginning at the possibility of creation. The notion that I could make something with this instrument even though at the time I had no idea how it was done. That idea has never left me and is still the reason I play today. 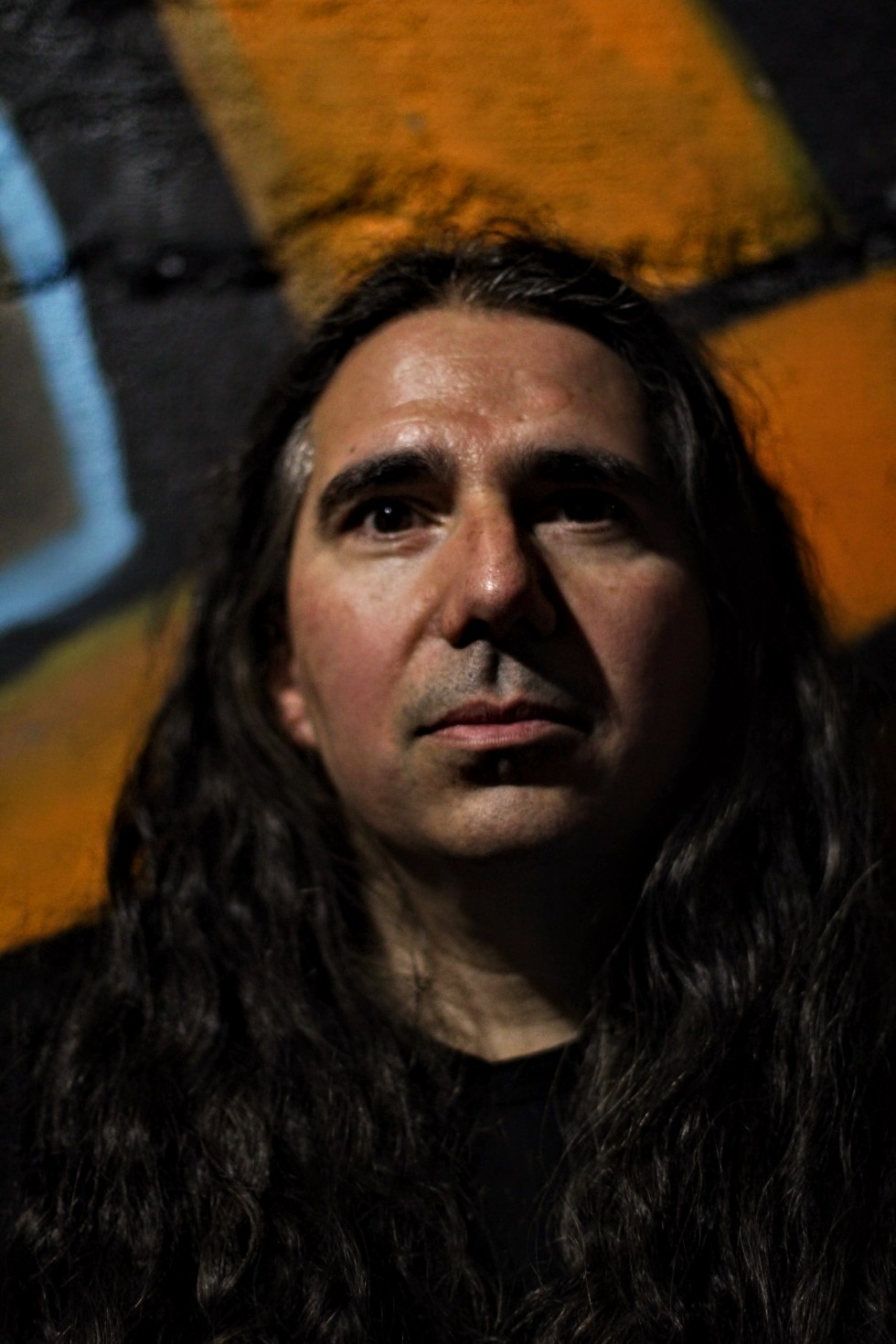 My first exploration and study in music like many teenagers was the excitement, passion, and energy of rock music, in all its forms, which I still love working in. Growing up in New Orleans, nothing musical was ever truly pure from my perspective, it was always in a state of flux and influence, constantly being shaped by its environment. So my earliest influence was to walk the lines between culture and sound. It was much more than the concept of creating a type of fusion, but more of a way of thinking about the possibilities of how music should or even could be.

As a young guitarist, I was very fortunate to be able to study and perform with some wonderful players in the community. Beautiful “old school” types that were both very strict and caring at the same time. I had to learn all the fundamentals of harmony, rhythm, melody and their applications in these shifting multi-genre settings. So, that meant I had to learn the proper way to navigate these musical paths clearly and effectively, whether that be advanced Jazz harmony and composition or how to play a honky-tonk shuffle correctly with guys that literally wrote the book and created that style. These were all things that occurred at a young age before I had moved on to any formal academic style study.

When I think of influence it’s always difficult for me to separate the idea of musical influence from other forms of inspiration. As a guitarist, there have been a plethora of musicians that I adore and have shaped who I am today. Rock guitarist likes Vernon Reid, Brazilian artists Baden Powell and Egberto Gismonti, the 70’s work of John Mclaughlin and Larry Coryell. Many traditional and contemporary classical composers, Indian and North African artist. I spent some time with French guitarist and friend Pierre Bensusan in France, gypsy musicians in the south of Spain, then studying South Indian and contemporary music at the Conservatory Von Amsterdam that led into some invaluable jazz studies with guitarist Pat Martino. These are just a few traditional and non-traditional musical experiences that had made a lasting impact. All of these things I still listen to and use today.

The same could be said about the influence of other artistic disciplines. Spanish chef Ferran Adria and the Colombian writer Gabriel Garcia Marquez both come to mind as two of these influences. The work of many Mid Century designers, for instance, has greatly influenced the way I think about the tools I need and use for the creative process. The element that ties all of these influences together for me is vision and concept. The idea of seeing something from your own unique perspective based on the natural sum of your life experiences and then exploring that path. From a musical perspective, we are all products of our personal record collection, and fortunately, we all have a different library and therefore the freedom to have our own individual artistic perspective. I know as a teacher this is not always an easy thing for some players, It’s not something you can go home and “practice” you have to live it.

You have a great artistic relationship with drummer Dave King, how did it started?

I first saw Dave play with The Bad Plus years ago and instantly wanted to work with him. I love drummers and Dave is a very special one. My favorite drummers are the ones that are musicians first and play from that perspective. Dave’s ability to control time, dynamics and color all the while staying so musical with his playing has always inspired me to play differently. I’ve always found it interesting that Dave and I grew up at opposite ends of the Mississippi River here in the states. He’s from the source of the river in Minnesota and I grew up at the end of it in Louisiana, also home of another seminal drummer Mr. Ed Blackwell by the way. One wonderful thing about working with Dave on the last two records is that we have never felt a need to speak about the music or try to force things in any particular way. There’s always an understanding and trust that whatever direction we take will be in service to the music. I’m really looking forward to the next record with him. 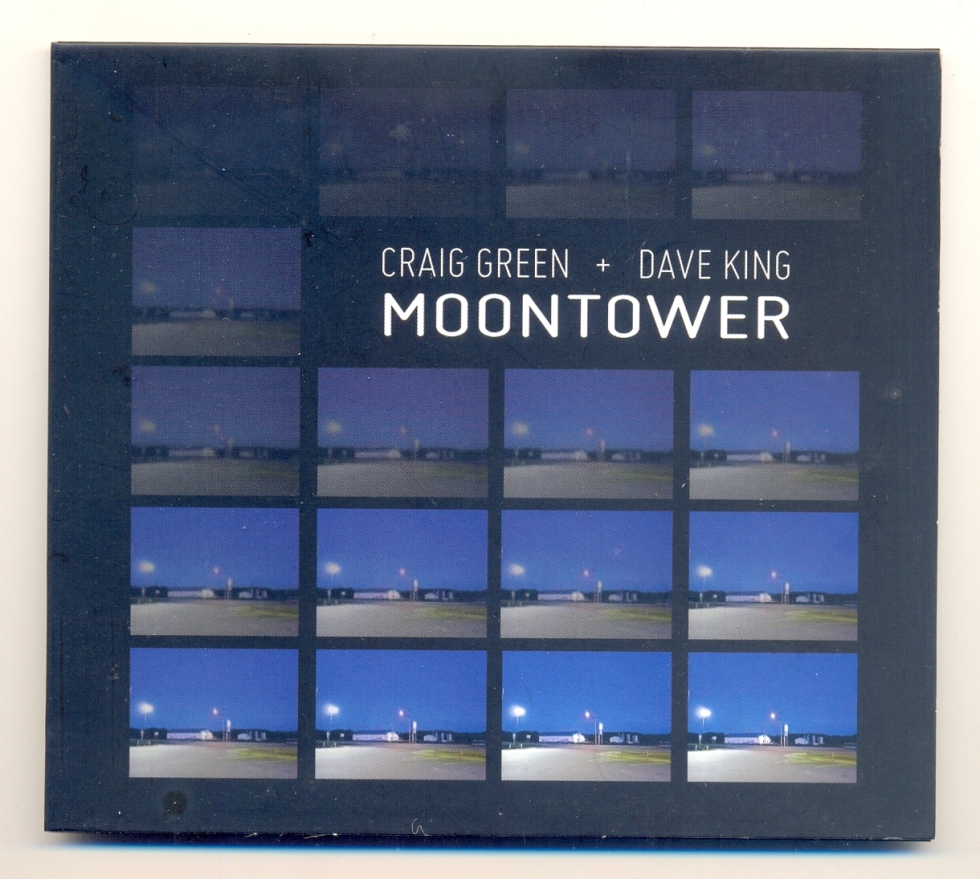 You have recorded two records with the Italian independent label Long Song Records, “Moontower” and “Craig Green + David King”. How did start this relationship?

My relationship with Long Song Records is one of the joys in my life, the owner and producer of the label Fabrizio Perissinotto has become one of my closest friends, he’s like a brother to me. The same can be said about many of the players and experiences I’ve had with the collective. Guitarist Simone Massaron and sax player Gianni Mimmo are two vibrant players and friends that come to mind.

The working relationship with the label started before the first record with Dave, I had this crazy idea for a guitar and drum duo record and heard about this adventurous little label in Italy called Long Song that focused on Jazz, Rock, and Improvised music. It seemed like a perfect match for the concept and I’m happy to say it was. 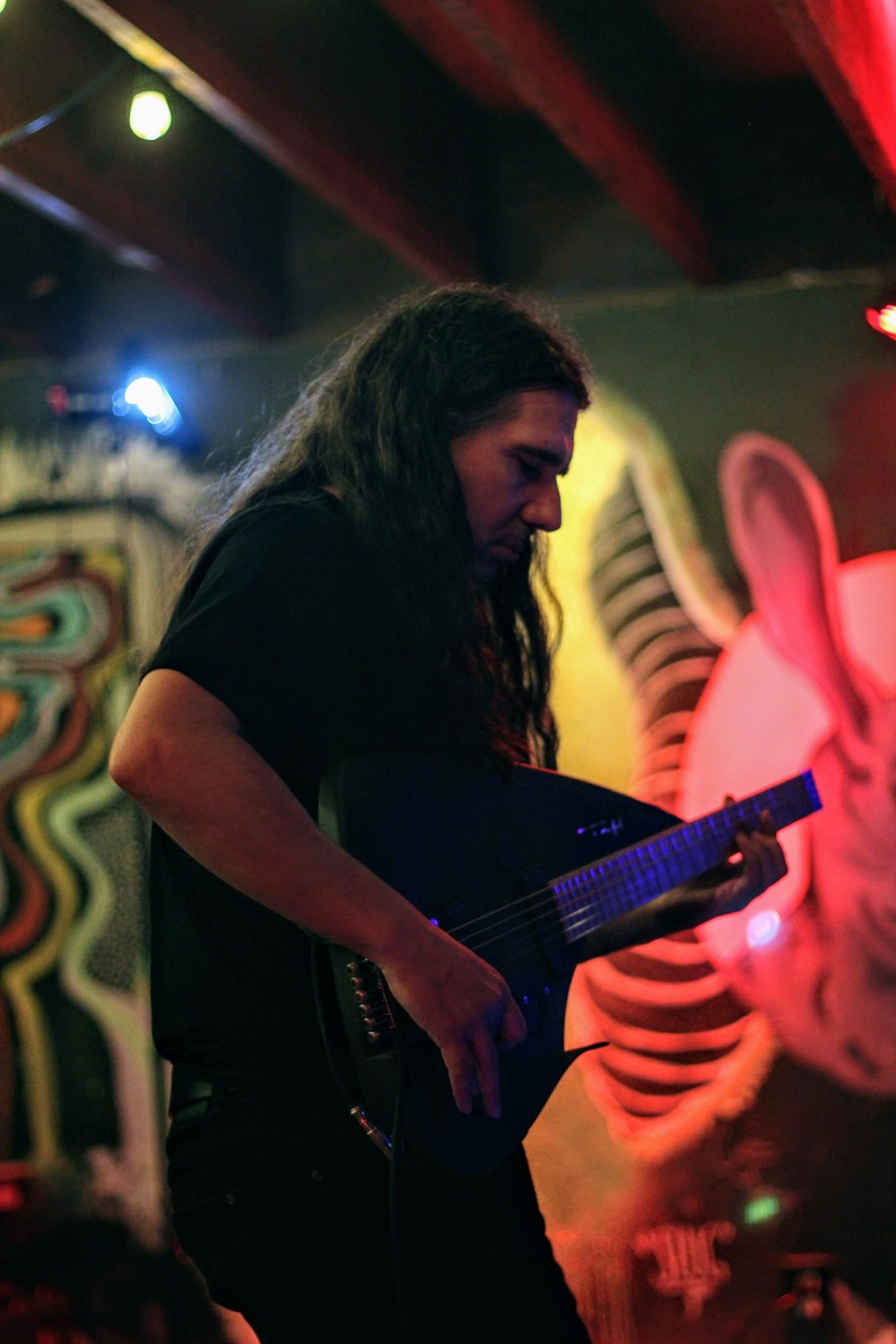 The act of improvisation to me is a natural form of communication that we all do on daily basis, even non-musicians are constantly improvising in their daily life. They may not think of it in the same way musicians do, but the principles are similar. We are all constantly interacting with our changing environment, some elements are familiar and expected, while others are not. We are always moving between the routine of a composed life and improvised one.

From a musical or sonic perspective, I think of improvisation in my work simply as being topical or non-topical, in the idiom or outside the idiom. I never view one as greater or lesser than the other, the only gauge use is whether it is staying true the element of intention behind the dialogue. With that said, the act of improvisation in more contemporary settings is an area that I work in the most, not only with musicians but with artists, dancers and other mediums as well.

The hardest thing for many musicians wanting to work in the more modern forms of improvised music and leave the repertoire as you mentioned, is learning how to let go of what you want or think you should play, or what your body is comfortable with playing because it’s something you trained it to do. I’ve come to the understanding that you can’t practice improvised music, in the same way, we can’t rehearsals every conversation we are going to have before we leave our homes in the morning. What we can do it surround ourselves with good influences, read good books, watch great films, go really deep into important music, whether that be Bach, Bukka White or Xenakis, and then let those influences shape our perspectives as people. So then, we are not initiating something we heard. Just like a child learns to speak by imitating his parents in the beginning, but then as he or she grows through their own personal experience shapes their own unique view of the world. To me that is learning to leave the repertoire, it has to be life, not just music. 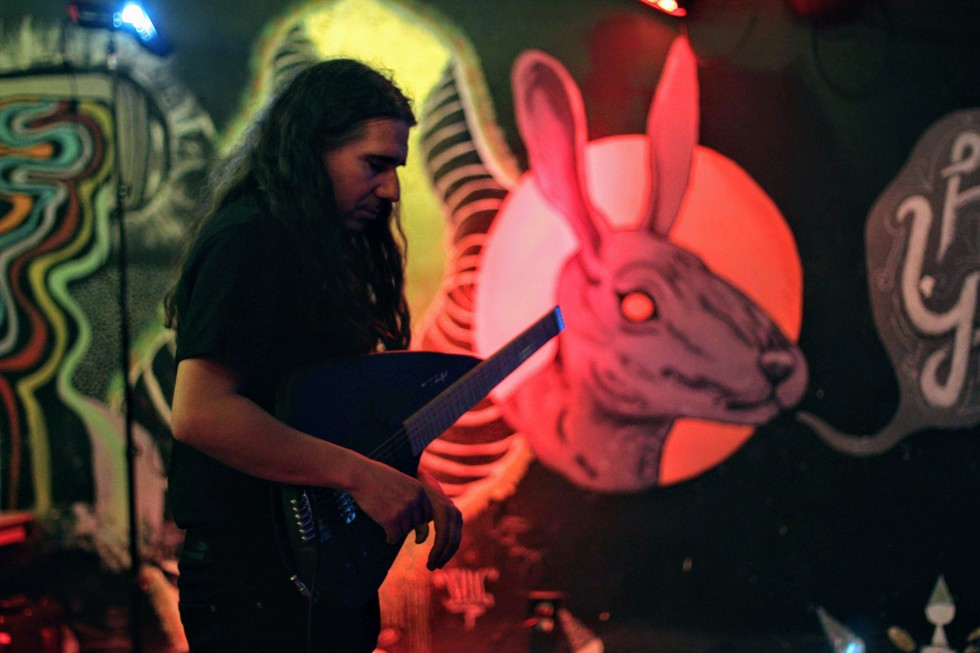 That’s a good question. I think first we have to define what error means to us personally. What may be a correct procedure for one person may be totally normal to another because of their life and musical experiences. An error is an only error if it goes against one’s preconceived idea of what should be happening, whether from a technical or conceptual expectation. I believe new developments have the potential of happening at any moment, and they do even in non-musical situations. It’s up to the player to be able and ready to follow these developments and create value at that moment.

When I think of a function in the moment of crisis, I try to think of possibilities. It’s up to us as musicians and artist to decide what to do at those periods and moments. I think we have only two options, we can choose to view that crisis as a chance for a positive artistic outcome or we can choose not to. It’s always up to the musician to decide what path they want to take. 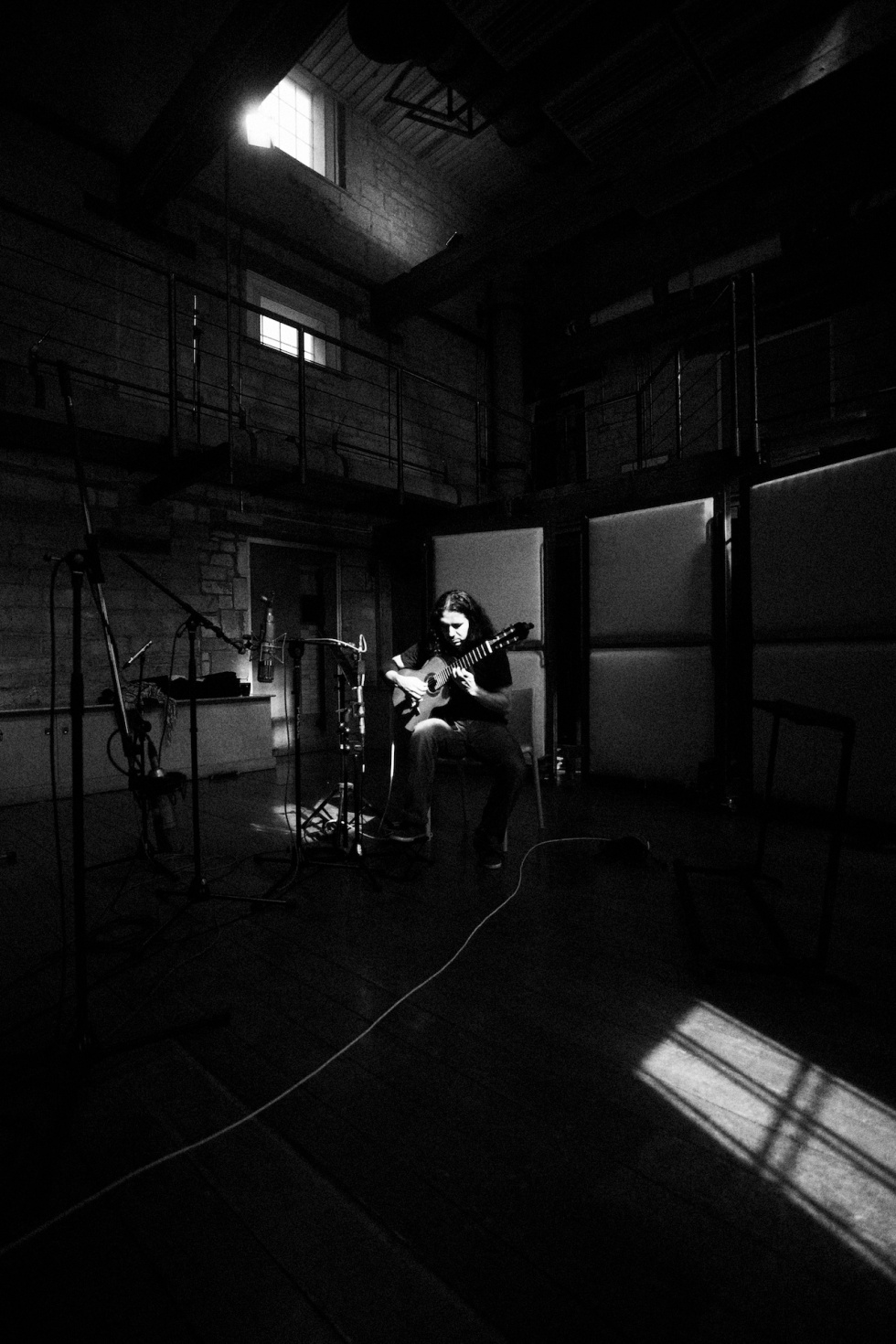 I feel like I’m always working on new project ideas. Some are very concrete and direct, while others are more phantom-like, they tend to appear and disappear. Currently, I’m working on a new trio project with two full kit drummers and myself on guitar, it’s very raw and powerful. I’m also still performing and reinterpreting a set of solo guitar pieces I recorded in England a couple years ago, I had always loved playing solo guitar, it can be such a beautiful expression of the instrument. Dave and I chatted about doing a 3rd record together, I’m really looking forward to starting that project soon. Finally, there a large ensemble project that I’ve been wanted to do for quite some time based on native American folk hero, I feel like 2019 will be a good time to complete that. I’ll keep you posted. 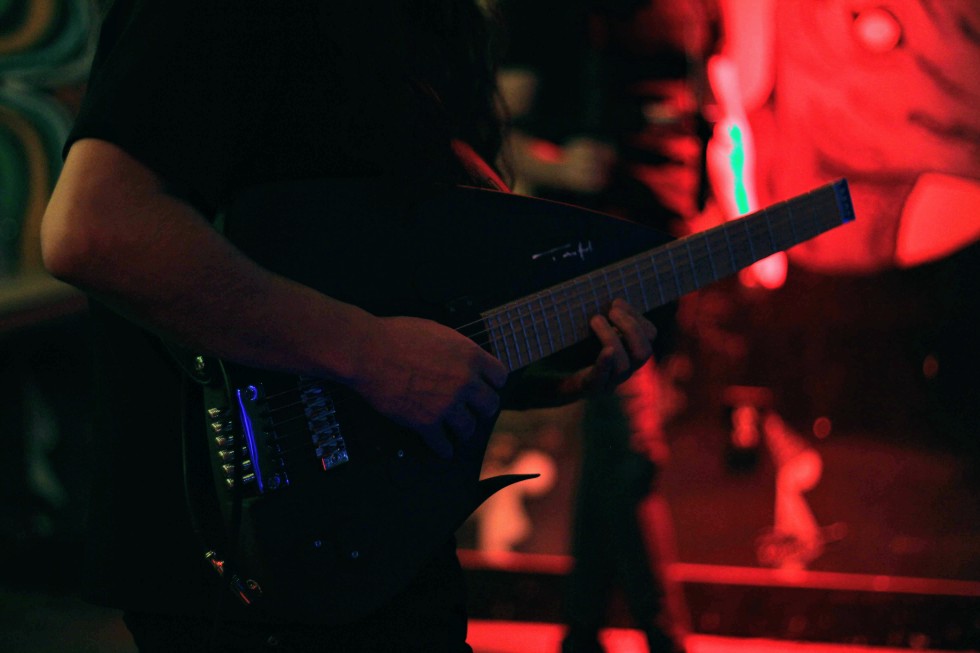