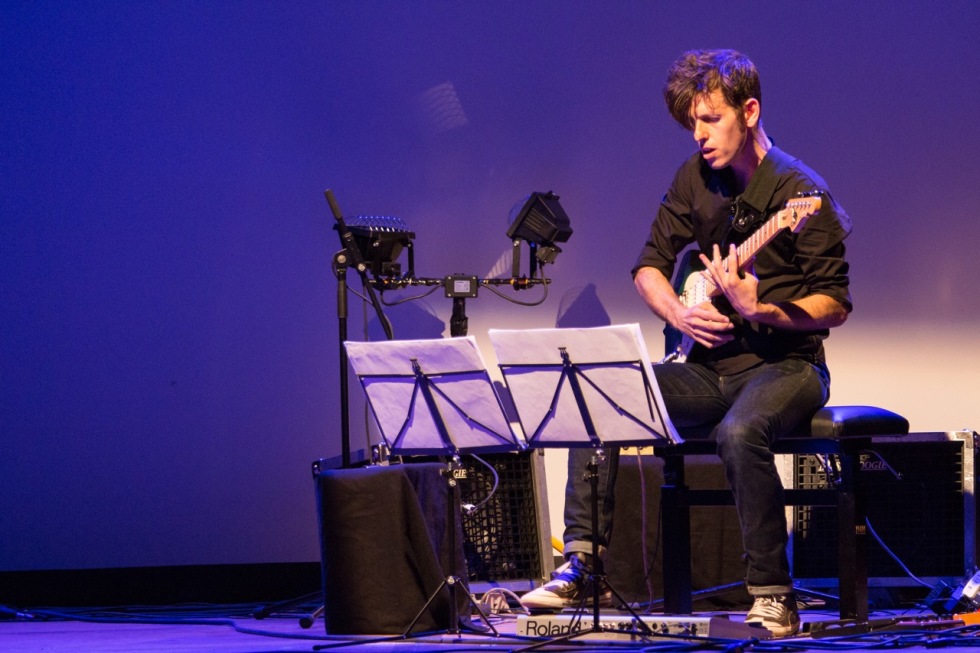 Dear Yaron welcome to Neuguitars blog. This is the second interview I do with you. “Om On” is the second cd for electric guitar by Pierluigi Billone. How did you start the relations with this Italian composer?

For me lt was the life in Vienna where Billone is living and therefore our paths crossed and then obviously the preliminary acquaintance with his music and once knowing each other the growing artistic exchange nurtured the outcome of a collaboration. 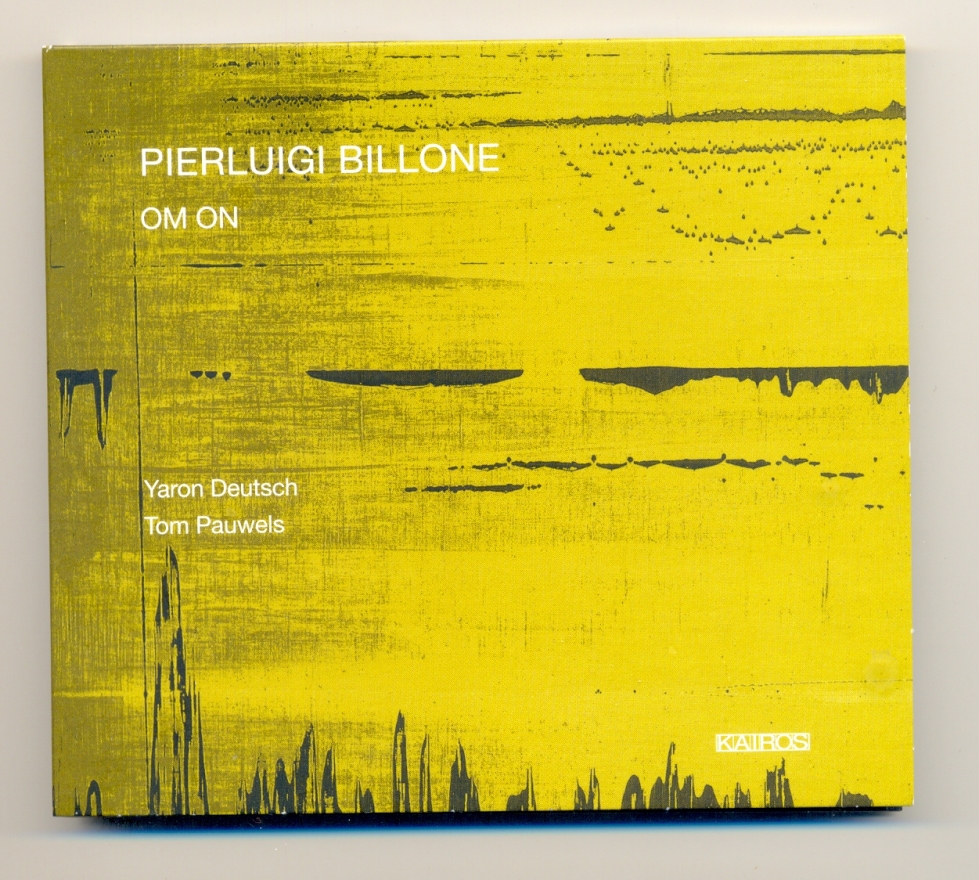 How long have you worked to release this record? Can the score and the music give different lenghts? The lenght in the cd is a little more of 80 minutes but there is this video

it’s more then one hour and twenty minutes long…

We first time met for the piece in August 2015 for one week in my home, up in the north of Israel. We transformed my living room into a rehearsal place and jumped in the water. After some days we moved out to a bigger room at the local conservatory where we explored the audio result in a wider space. Since then the piece was performed in Bludenz (the commissioner of the work), Luxembourg, Tel Aviv, Zurich, Brussels and Paris where we eventually recorded lt in La Muse En Circuit. During the time passing from the premiere till the cd recording (2.5 years) we obviously had a chance too improve the musical execution but actually the main exploration/development was a conceptual one. One in which we heavily dealt with the question of what sound to we want for both guitars and accordingly to what extent we want our sound becoming similar. Another interesting layer that came after some shows was us dealing with how intimate can we make our interpretation. At the premiere we played with two non similar set ups (gear & guitar) with a very loud amp setting to allow the widest possible overtone range to come through. But by the time we came to record the work, we ended up with using identical gear – guitars, effects, amps, speakers, signal path – and we didn’t need any more to over blow the amps for reaching a wide expression range of dynamics and colours. When that worked for Pierluigi and us and the piece was effective in small chamber conditions, we knew it was the sign the piece is ready to go on the tapes.

The piece can change in duration as any chamber music piece that is not linked to a click track or another time code concept. We actually shortened the recorded version by shortening the fermatas who are experienced differently when one listens to a recording in comparison to the live situation.

Still a loyal performance to the score will often result a plus minus 80 minutes duration for the piece.

You play electric guitars… who is Om and who is On in this record and in this duo?

Our names are the answer.

Ensemble Nikel enjoyed 10 years of working togheter. I saw you have released a great cd box for this anniversary. Can you tell us more abiout this Ensemble, how did it start and about this great box?

Yes, we indeed released a year ago with Nikel a box we titled A DECADE which summarises in 4 CDs, a dvd and a book the work we’ve been doing in the passing 10 years. In short, I started this ensemble of saxophone, electric guitar, percussion and piano in 2006 together with saxophonist Gan Lev (Left the group in 2010), mostly because lt allowed me to express myself in an artistic environment that was in sync with not only what I was searching for musically but also I finally could feel in sync with my cultural roots through the contact with classical music oriented with Europe in comparison to the Afroamerican genres I was playing while growing up.

I really look forward to a new concerto for Nikel and WDR orchestra by Sarah Nemtsov, as well as  Nikel’s upcoming participation in Chaya Czernowin’s new opera.