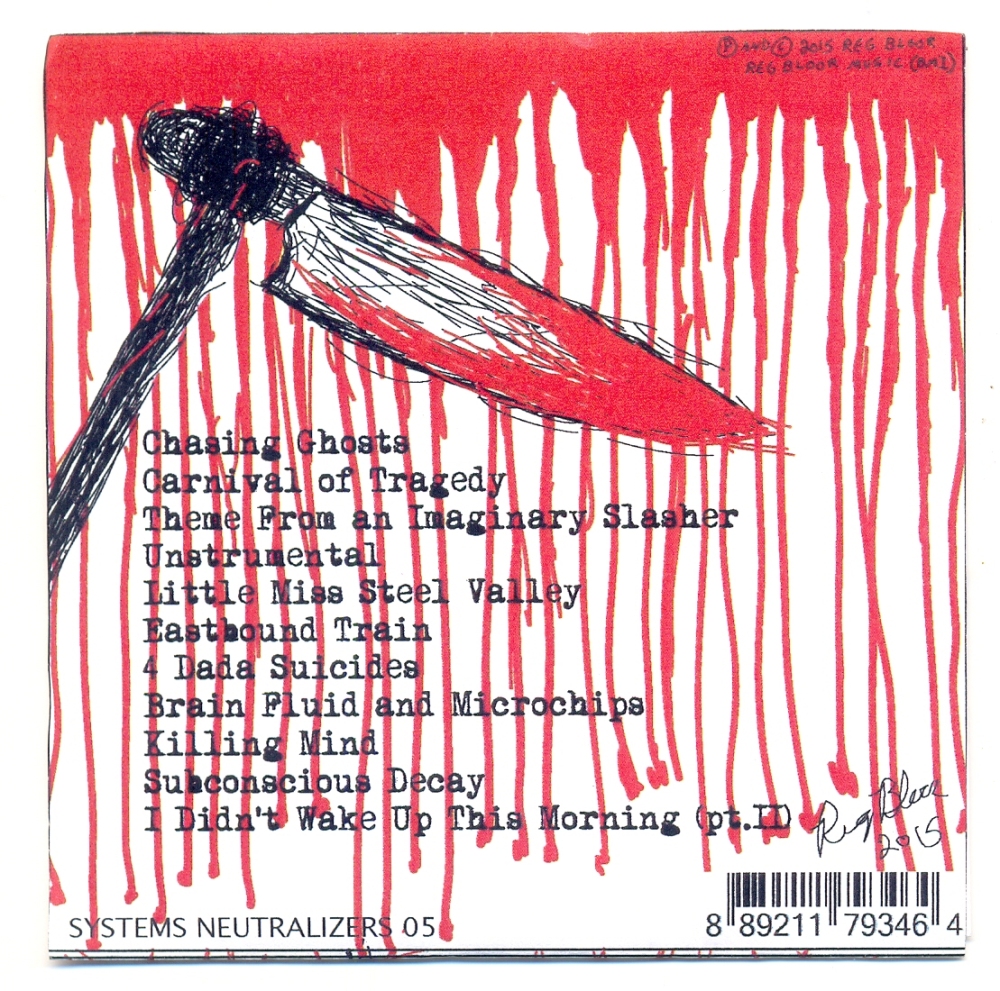 Review of Theme From An Imaginary Slasher by Reg Bloor, Systems Neutralizers, 2015

I always thought that heavy metal was a very funny musical genre, with musicians characterized by a huge technical baggage, but at the same time it was a conservative genre, reluctant to radical innovations. I try to explain myself better: all kinds of popular music, in which the guitar is present, have developed their experimental and avant-garde side, metal, from this point of view has remained a little back. Of course, compared to more long-lived genres such as jazz, blues and rock (of which metal is a son) metal has a less long history and life and so it’s normal that its avanguard’s side started to develop later.

But there are traces of these new evolutionary forms. Let’s forget for a while the black priests of the drone, the Sunn O))) and see what boils in the pot starting from New York, the city that always manages to give birth to many degenerate children capable as a few to shake the tree of music and generate new branches and new possibilities.

I met Reg Bloor’s guitar almost by accident. The credit goes to one of her live videos published on the excellent Don Mount’s Youtube channel: I was struck by her powerful, huge and “bad” sound. A Les Paul launched at its full potential. A way of playing really different from what is expressed by most of her colleagues. Bloor is a force of nature, starting from the lessons of Glenn Branca, a maximalist author able to unleash a true hurricane of organized sound played by ensembles and electric guitars’ orchestras, this guitarist has reinvented the metal transporting it in a new form as raw as evolved. Her “Theme From An Imaginary Slasher” is her first solo album, eleven tracks with truculent titles that recall the Grand Guignol and which express a great desire for change and great energy. A not perfectly completed record, perhaps. Some parts are redundant and there is a greater desire for synthesis, but the energy, the energy that emanates is overwhelming, engaging, solid and exciting. This is just the beginning.