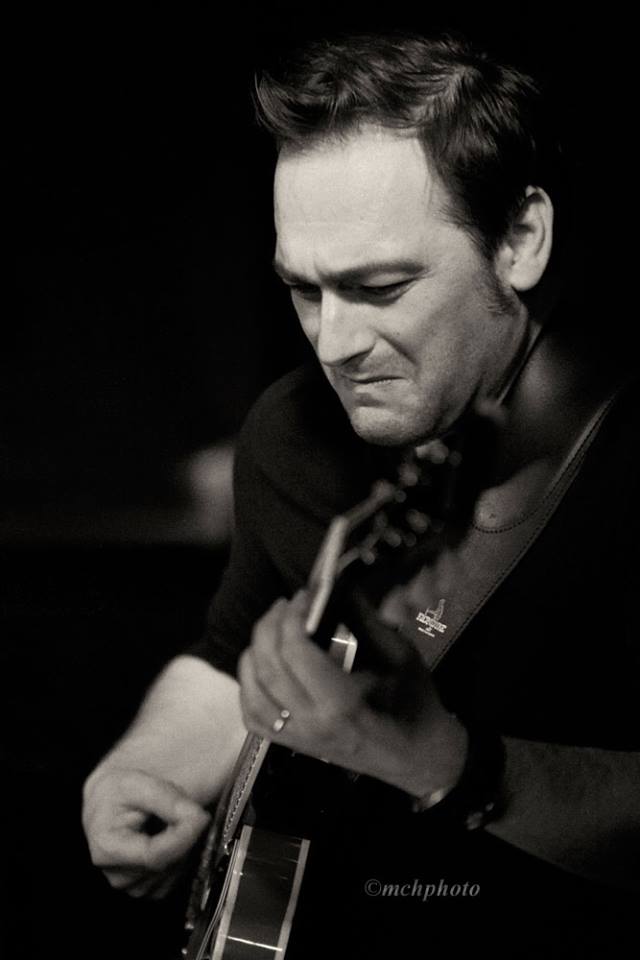 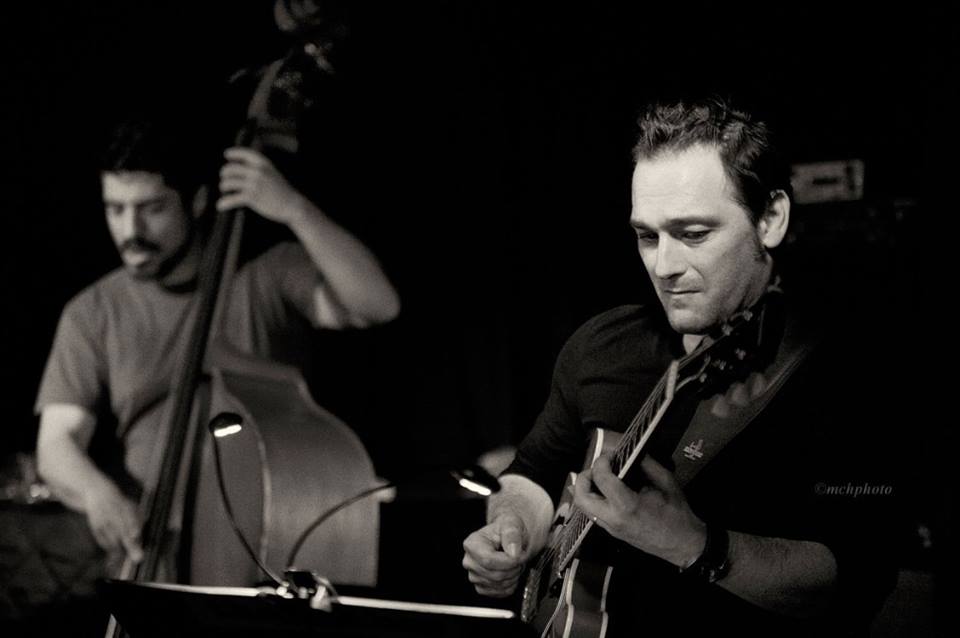 Actually, I started with the piano, quite early on, when I was five. The interest in the guitar came when I was thirteen and I guess I was trying to become more popular at school – and successfully, I should add!

This one time in 1985, I bought an LP – Artists United Against Apartheid – which had a track in it, ‘The Struggle Continues’, that I couldn’t stop listening to. I became really obsessed with it. It was a rather strange and complex track and I couldn’t understand what was going on in there, which fascinated me even more. Some weeks afterwards, I showed it to a friend who told me “I think that’s jazz!”.

Turns out it was Miles Davis playing with Herbie Hancock, Tony Williams, Ron Carter, Marcus Miller and Stanley Jordan – whose names meant nothing to me at the time. I then realized that I wanted to do just that – music that was challenging. So I decided to study jazz at the Hot Club School, in Lisbon. But I remember that I’ve always listen to all sorts of music: jazz, improvised, pop, rock, Indian but also Shostakovich, Lutosławski… there’s always something interesting to discover. 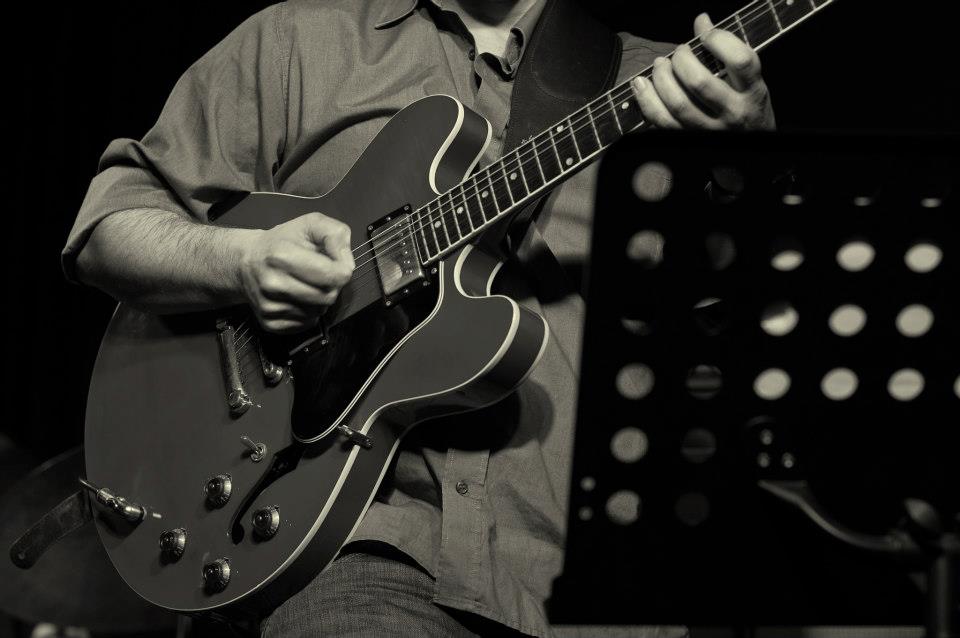 Again, everything I listen to, of course. But I do have some guitarists that have definitely influenced my search for my own sound: Ben Monder, Bill Friesell, Marc Ribot, Jacob Bro, Elliot Sharp… and then other musicians, composers and songwriters who are just great storytellers – Jacques Brell, Chico Buarque, Tom Waits, even Fred Buscaglione! I love people who know how to create a character, a mood, a scene or a different place through music. 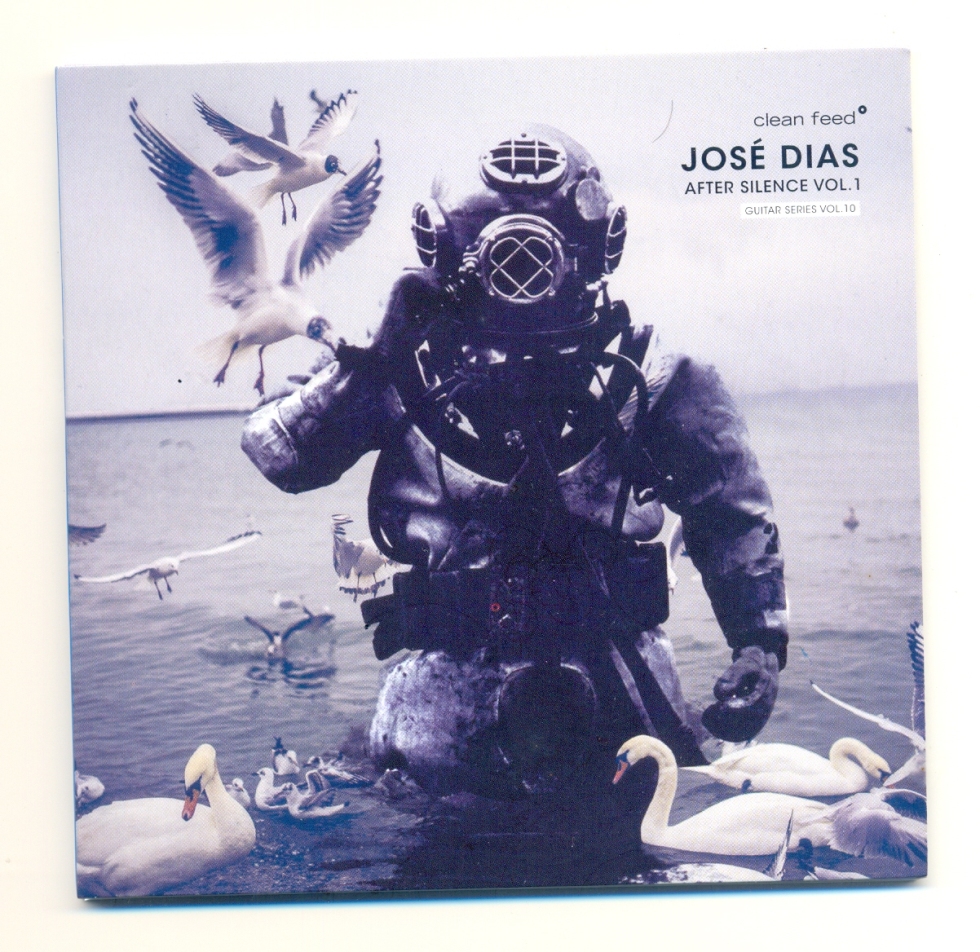 How did start the idea for your last solo record “After Silence Vol. 1”?

I’ve been improvising for silent film for some years now. It’s something that I really enjoy doing and one where I really feel that I have a unique platform for exploring new avenues. This record came from deciding to have a recording of those very ephemeral moments and ideas. The good thing about improvising for film is that you’re playing with all the elements of the film: characters, story – if there is one – textures, rhythm… It’s like playing with a very interesting musician who’s always throwing different ideas at you. And so, After Silence is an album that I’ve recorded while improvising for some of my favorite films by Man Ray.

Each track is extracted from that session. I really enjoyed listening to it afterwards, because it was my first chance to listen to my own improvisation for film as a spectator would. And because I was surprised to find so many cinematic elements in the music, I immediately thought that this would be something that I would want to do again in the future. That’s why I’ve called it Vol. 1.

Are you thinking about to do a “After Silence Vol. 2”? 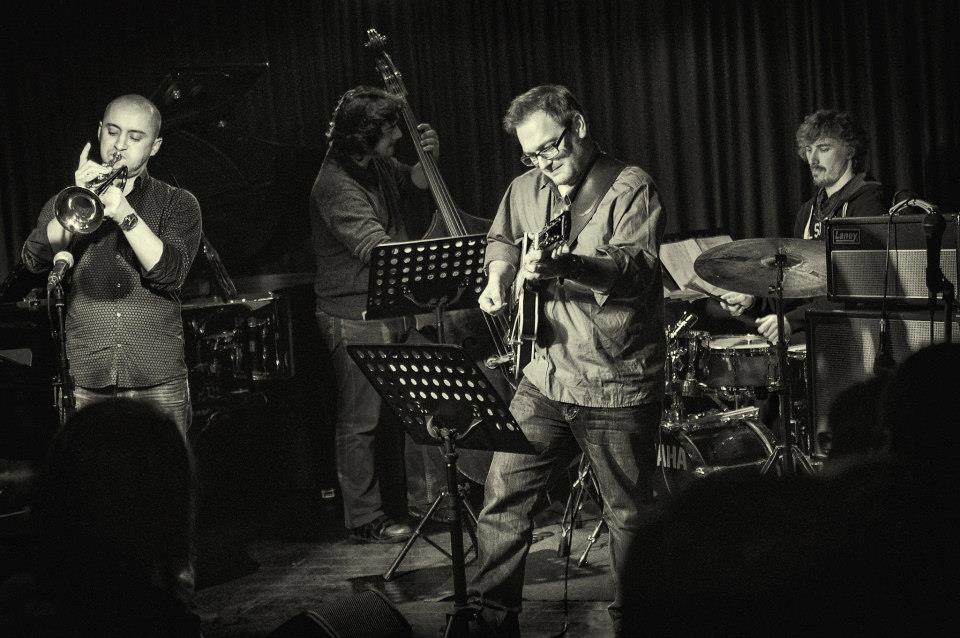 Why did you choose Clean Feed as your label for this record?

Clean Feed is a label I’ve always respected immensely. They always put out amazing music. And, although it’s internationally renowned, it operates from Lisbon – where I was born. So, I was really glad when Pedro Costa (director) told me that Elliot Sharp, who curates the Clean Feed Guitar Series, wanted to include me in the catalogue.

How do you express your “musical form” under the aspect of both, execution and improvisation? How did your instruments, effects, pedals changed the way you play and think about music?

They’re tricky things, effects pedals! You don’t want to be in a position where you’d think that your voice or your musical ideas come from there. They’re just tools, and should always be seen as such. They’re very helpful and it takes years to really know how to extract your own voice and your own music out of them. In this record, for instance, I use a loopstation, but all the loops you hear were created on the spot, during the performance. So, I only use it as another tool for improvising. And then – and only then – the pedals become part of what you’re creating. In my previous albums, I’ve used only a few basic pedals – compressor, a light delay, sometimes an overdrive, but that was it. The one that really has been crucial to my sound is the volume pedal, as I often blend the notes softly into what is happening around me. I see improvisation – and particularly in this album – as the sincerest way of making music. And a solo album feels a bit like being naked, you can’t hide behind anything – other musicians, music structures… Overall, improvising is just an open dialogue, where you’re free to create tensions where they wouldn’t naturally exist, or resolve an idea in an unexpected way. It’s like a game, really! 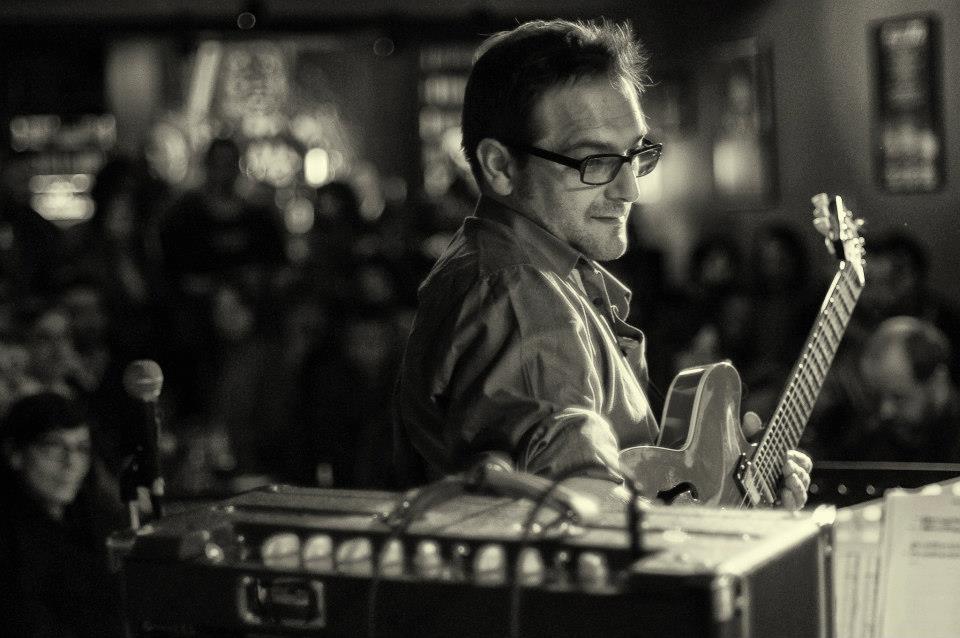 What does improvisation mean to your approach to music? Can we go back to talking about improvisation in a repertoire so encoded as in the classics, or are we forced to look elsewhere and turn to other genres, like jazz, contemporary, etc.?

I think there’s a mistake people often do, which is to think that only some kind of music has improvisational elements in it. Every kind of music has some level of improvisation – even classical music. Otherwise we wouldn’t be able to differentiate how’s playing. We wouldn’t be able to tell the difference between Arthur Rubinstein and Maria João Pires playing exactly the same piece – say, Chopin’s Nocturnes. Improvising is choosing, making choices in split seconds. And that goes with entirely free improvised pieces and written music. In my particular case, I’ve played standards, traditional jazz, but also pop, electro pop, all sorts of music. So, it came to a point where I wanted to explore a different approach, where I wouldn’t have any pre-written motifs, or structures, just the guitar in my hands and play. This album, or any of my improvisations for silent film, work like that. But I also write music. I have a live album coming out this year with my new quartet, where, although we explore free improvisation, all pieces have very defined structures, harmony, melody, etc.

That is a very interesting question, and one that I’ve been trying to reply in many ways, not just as a musician. As an academic researcher, I’ve been particularly interested in understanding how improvisation in our daily lives can play an important role in tackling social and political challenges. For someone like me, living currently in the UK, who’s faced every day with an overwhelming amount of information and perspectives on European relationships and partnerships, mobility, integration and so on, the importance of improvisation as a human skill is key. In my book, ‘Jazz in Europe: Networking and Negotiating Identities’, I address the need to understand improvised music as a creative and collective metaphor for how we can work together. What happens on stage, as we improvise around a motif, is exactly what we do when we have a crisis – and Europe is facing many crises at the moment – and we try to create something together, sometimes out of nothing. So, for me improvising is using your skills and your life experience in order to overcome a challenge – can be musical or of any other kind.

When you’re improvising, there are no errors – they’re, as you say, only different developments, which can lead to new and exciting ideas. That’s why you should always welcome mistakes in music. They’ve happened for a reason. And only if you allow yourself to accept them, you’ll be able to find new meanings to what you’re doing.

What are the essential five records, always to have with you…the classic five records for the desert island…?

Well, I’d try to sneak a few more than five! But, if I had to choose only five, I probably wouldn’t give hand of ‘Love Supreme’, by John Coltrane; ‘Dark Eyes’, by Tomasz Stańko; ‘The Shape of Jazz to Come’, by Ornette Coleman; ‘In a Silent Way’, by Miles Davis; and ‘Amorphae’, by Ben Monder. But I bet that if you’d ask me again tomorrow, I’d give you other five completely different choices.

As a musician, I’m working on some projects with other musicians here in Manchester, that are mainly linked with improvisation for film. In July I’ll be playing Madeira for a very exciting project with a Portuguese film director, Edgar Pêra, where we’ll bring together UK and Portuguese musicians to perform live during one of his performative screenings. And I’ll be releasing and touring the live album with my Lisbon quartet, which should happen latter this year. But I’m also developing my research on European jazz and improvised music. I’m touring my book in Universities and conferences across Europe, and there’s a few new research projects with colleagues from Austria and Norway on the way.

Well, I’d like people to listen to my music and to not think of it as music, but just sound and that that sound would take them to a different place – hopefully a good one!