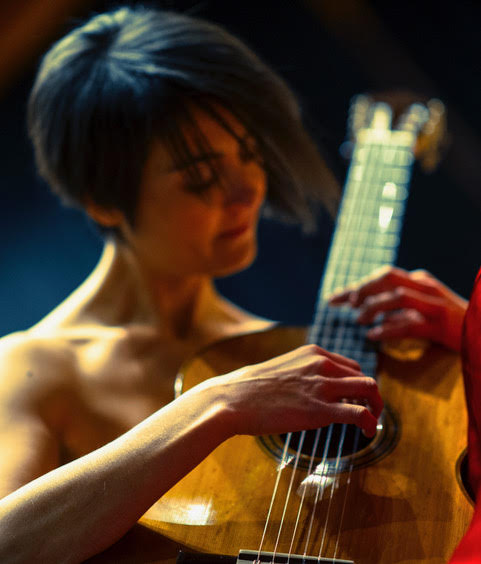 In 1987 the essayist, musicologist and colonial subject expert Edward W.Said wrote this brilliant essay entitled “Music and feminism” which began in this way:

“It is an interesting fact about feminism, and about the place of music in contemporary culture, that very little has been done to map the female role in the production and performance of music. Mainstream classical music is dominated by men in almost every economie, political and social respect, yet women play prominent and varied roles in the artistic sphere. The most traditional is that of inspirational muse, and later helpmeet, adjunct, adoring (but lesser) partner, to some prominent male composer: Clara and Robert Schumann, Cosima and Richard Wagner. The figure of woman as unattainable ideal preoccupied Beethoven; its obverse, woman as destructive seductress, is more frequently to be found in representations of women in music (Berg’s Lulu, for instance, or Strauss’s Salome) than in the lives of famous musicians. The rise of women performers from the ranks of a socially unacceptable underclass (dancing girl, actress, courtesan, etc.) to luminous fame as divas, star instrumentalists and teachers in the nineteenth century is of paramount importance in the history of music; witness the repertory of great works for and about women, such as Schumann’s Frauenliebe und Leben, Bizet’s Carmen, Poulenc’s Dialogues des Carmélites.” 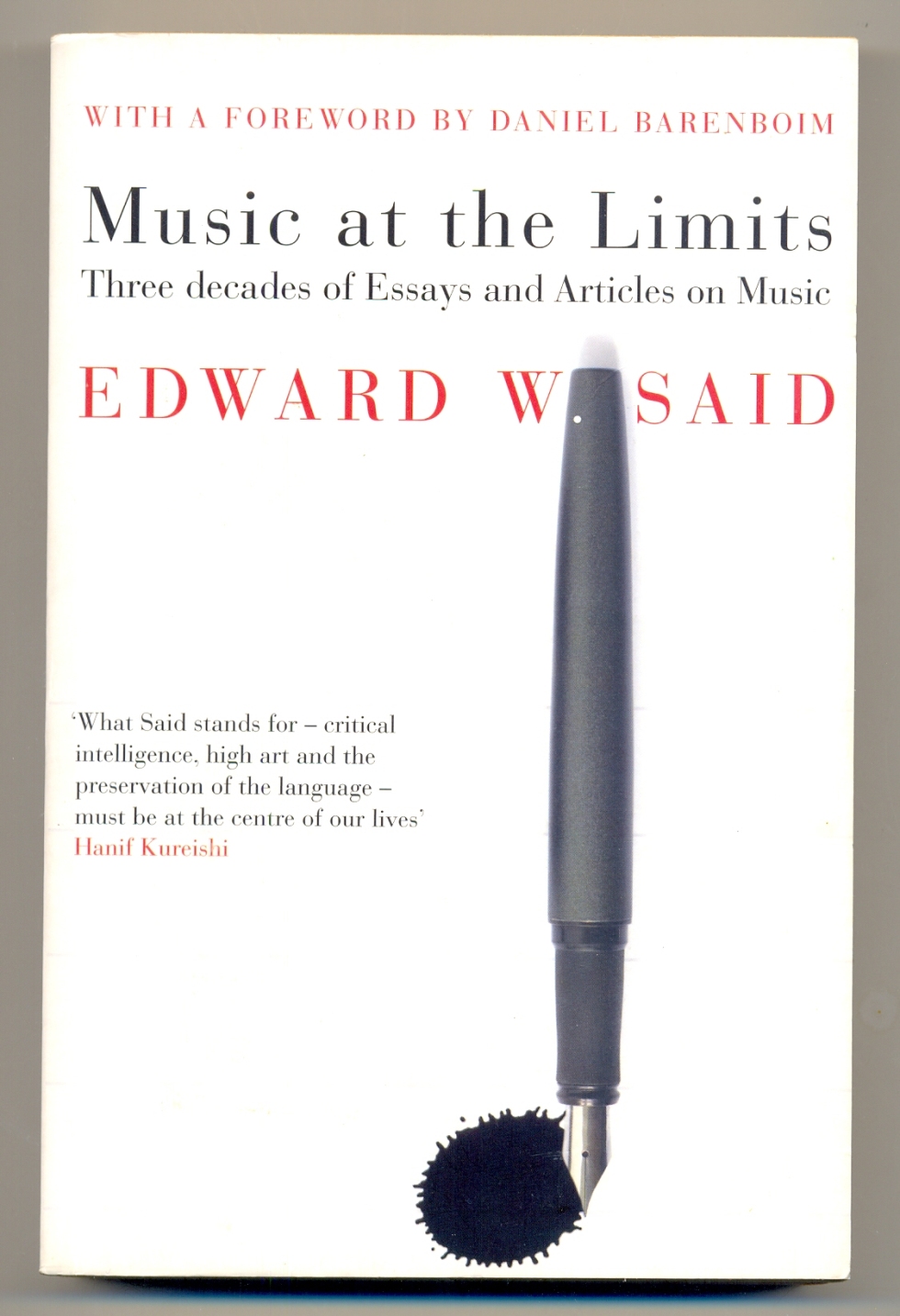 For Said “the problem of gender models and sexuality in music is extremely complicated” and, after more than thirty years from this essay, some problems do not really seem to have dissolved. If in his essay Said mainly refers to the lyric theater, in this post we take into consideration the musical activity and the musical career of a young Italian guitarist, Cinzia Milani, who is developing an interesting record journey. Milani had caught my attention with her third cd “Guitar”, released by Amadeus Paragon in 2013, where she played a repertoire halfway between the neo-classical and the contemporary. Compared to her other colleagues, Milani seemed to have chosen a path that is tied to the contemporary but at the same time is open also to the traditional melodicity inherent in the classical instrument. The booklet that accompanies the CD in fact talks about “a journey from the Novencento to today, started by Castenuovo-Tedesco .. continuing with Domeniconi and the sounds of the meeting between West and East also given by the particular tuning of the instrument, passing through Prandi and Margola .. to arrive at Betta’s Mediterranean contemporaneity and the encounter between guitar and electronics with Cacciola ”. It’s all absolutely true.

The feeling was that of a journey with and through music, performed and managed in such a way as to create an ideal sense of movement and delicate balance between the music recorded by the cd. In this context, I confess to having appreciated more the works of Prandi, Margola, Betta and Caciolla. Nothing personal against Castelnuovo-Tedesco and Domeniconi, simply I’m not interested about that kind of modernity and contemporary that are hidden into these these passages, among other things well executed by Cinzia Milani, I already had had the opportunity to listen to other interpretations (I point out that Milani has chosen to perform the Capriccio Diabolico without taking into account the interventions and changes made by Segovia) and therefore my attention focused on the pieces of more “fresh” composition. 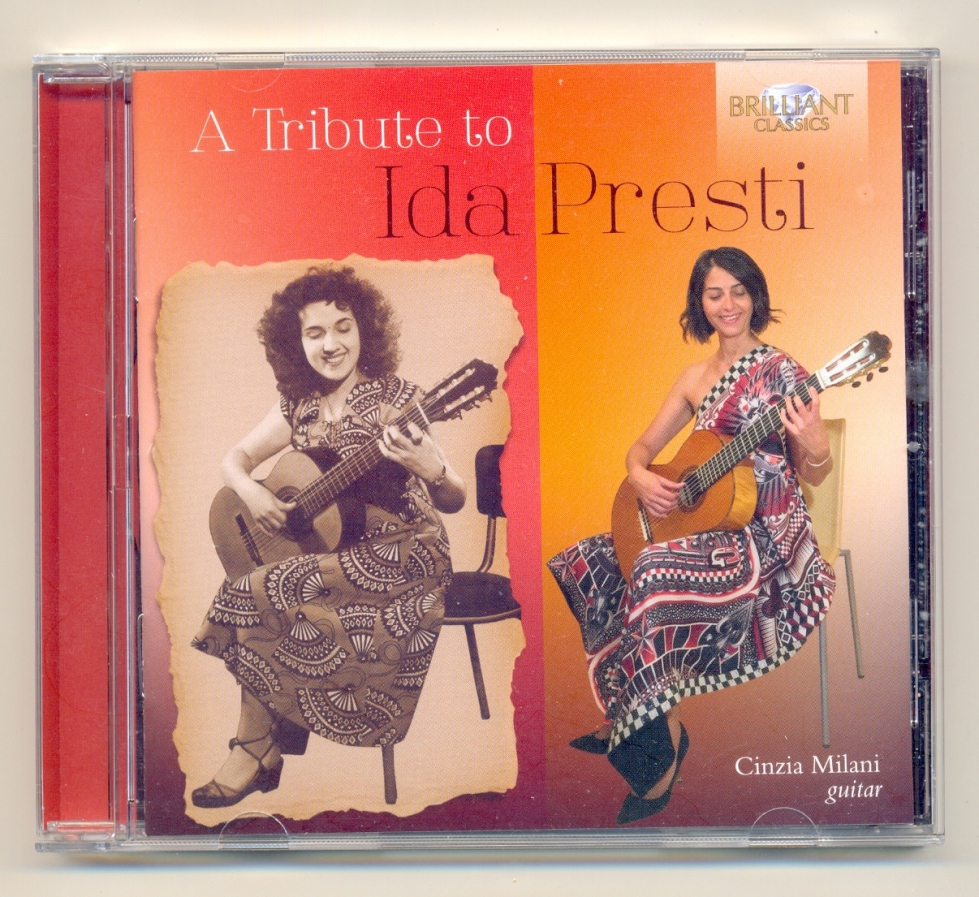 So far nothing out of the ordinary. A well made and honest record. Then Milani started a different and much more interesting and creative path. In 2017, “A Tribute to Ida Presti Music for solo guitar” is released for the Brilliant Classic, a turning record that marks a clear stylistic, design and musical change ( https://www.brilliantclassics.com/articles/a/a-tribute-to-ida-presti/ ).

This record recovers the figure of the French guitarist Ida Presti, a woman with a great personality and a remarkable charisma. Ida Presti was born in Paris on 31 May 1924 to a French father and a Sicilian mother. At the age of six her father, a great admirer of Segovia, put a guitar in her hand, an instrument for which she immediately showed a prodigious talent, which allowed her to give her first concert at eight and a half years old, the first great recital at the Pleyel hall in Paris at ten and the first recording at eleven. After the difficult years of the Second World War he met Alexandre Lagoya. Their meeting was extraordinary (even Master Lagoya was a child prodigy, in his career from the age of thirteen) and each decided to gradually give up their solo career to form the Presti-Lagoya duo: a duo characterized by a very balanced and egalitarian relationship. As Lagoya prepared a large number of transcriptions, Ida Presti turned to the composition and both solicited the great contemporary composers, such as Jolivet, Petit, Castelnuovo-Tedesco, Rodrigo and many others, for the enrichment of a new original repertoire, also made up of concerts for two guitars and orchestra. They founded a real French guitar school. First at the Schola Cantorum in Paris, then with an international Academy in Nice and finally with the chair at the National Superior Conservatory in Paris assigned to Ida Presti just before her death and then occupied by Alexander Lagoya. Ida Presti died suddenly and prematurely during a concert tour in the United States at the age of 42, probably due to an inaccurate medical examination.

A very interesting personality in a world that saw the figure of Andre Segovia as an illuminating lighthouse. I therefore greatly appreciated this tribute to her named by the Italian guitarist Cinzia Milani. In fact, Milani has not only performed a great record interpreting in an excellent manner several pieces composed by Presti but has carried out a serious and accurate musical investigation, finding other pieces dedicated to the French guitarist, discovering music unpublished and forgotten. A painstaking and accurate work that winds through the 19 tracks of the cd, which see the signatures of the same Presti, by Alexandre Lagoya, Miguel Abloniz, John W. Duarte, Dimitri Fampas, Gontran Dessagnes, Francis Poulenc, Guy Morançon and of the same Cinzia Milani (“Quattro Mi”). 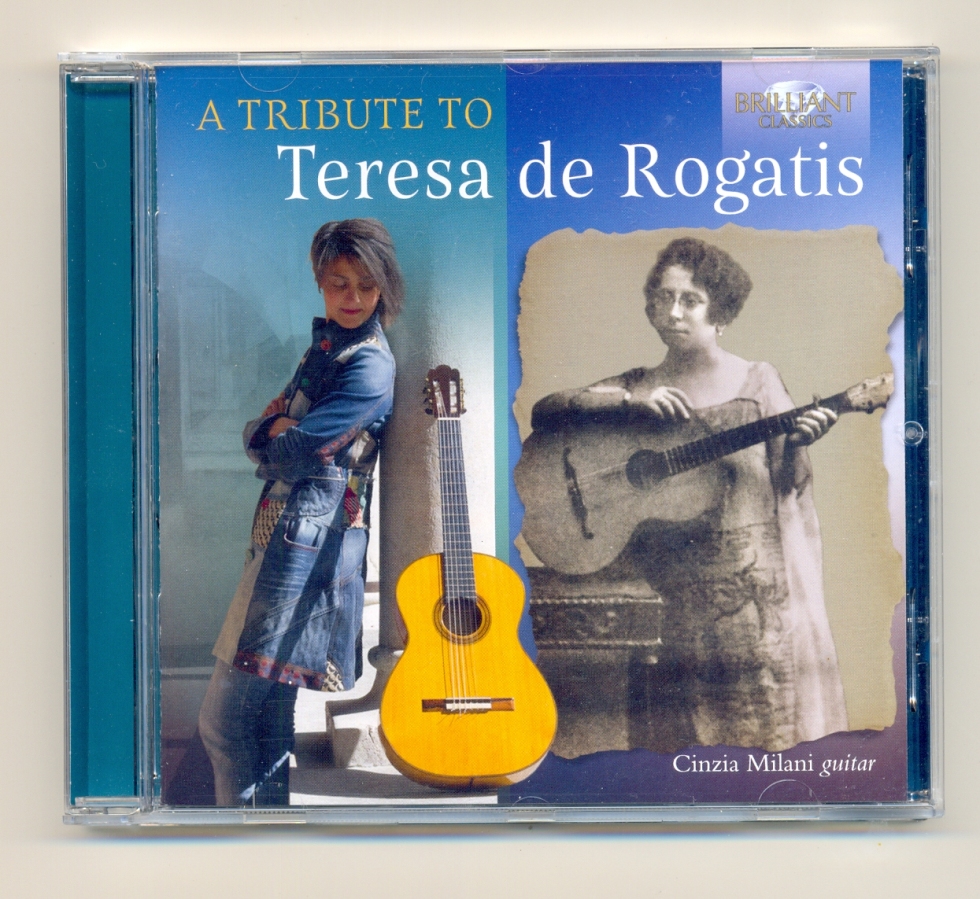 In 2019 a new CD arrives that moves along the same path started with Ida Presti. A Tribute to Teresa de Rogatis ( https://www.brilliantclassics.com/articles/a/a-tribute-to-teresa-de-rogatis/ ) is released, again for Brilliant Classics.

Born in Naples in 1893, Teresa de Rogatis was a child prodigy too, performing her first recital at the age of seven. She studied piano, composition, counterpoint, harmony, conducting and singing at the San Pietro Conservatory in Naples. While in Egypt for a concert tour, he met and married the Swiss Paul Feninger. Settling there in the 1920s, Rogatis helped found the National Conservatory of Egypt, where he also taught piano and guitar for over 40 years. Her husband’s death prompted her to retreat to Naples in 1963, where she lived quietly until her death in 1979.

Also in this case Milani has chosen a particular figure, always feminine, to be explored and interpreted. Certainly the music of this CD doesn’t sound neither avant-garde nor contemporary. They are good compositions, very idiomatic, but they don’t add anything new, of sparkling to a well-established classical repertoire. Why then is this series of tributes interesting? Precisely for what Edward D. Said says. They remake an area that has always experienced a bulky male presence. They highlight the figures of brilliant interpreters and composers contemporary to the divine Segovia. They bring to light a repertoire that even from the record point of view was lacking in reprints and new editions. They highlight a contemporary role for women, no longer muse and inspiration but perfectly on par with male figures, a forerunner of a much more cosmopolitan and integrated vision.

Ida Presti and Teresa De Rogatis are figures that overturn this situation and that are set at a level equal to, if not higher than, those of other colleagues.

Said wrote: “Feminism in music seems to be roughly at the stage where literary feminism was twenty years ago: a sort of separatist enterprise which attempts to identify women musicians of the past who spoke with a voi ce of their own. Beyond that, there is a void. But it would be wrong to fix the blame exclusively on music criticism or on feminist theory. The problem is that music today is as massively organized a masculine domain as it was in the pasto Without significant exception, women play a crucial but subaltern role. This is true in almost any random sampling of recent events-operas, recitals, orchestral performances-in which issues of interest to feminism are in evidence, but for which feminist critical responses are not likely to be encountered. The question of whether there is a “feminine” musical style, for example, emerges when female instrumentalists perform.”

I believe this is the great merit of operations like that of Cinzia Milani: these two tributes, which I hope will continue to follow, show the presence of new musical territories unjustly left behind and almost forgotten by critics and music education short-sighted and regressive. This is the contemporary key to the work of Cinzia Milani. Her almost archival research has created a new artistic path that draws abundantly from the past, presenting it in a new light. It’s a work of revitalization, of revisitation, of stylistic revival. Hightly recommended.