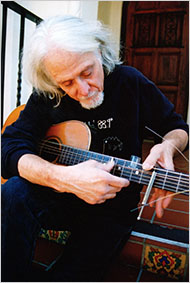 I approached the music of Jim McAuley indirectly. It all started with the purchase of “Vignes”made by Acoustic Guitar Trio, released by the Italian indipendent label Long Song Records way back in 2009.

I admit it: I was attracted to Nils Cline and this record seemed like a good opportunity to listen to him outside of Wilco and I did well to buy it. There was not only Cline in the Acoustic Guitar Trio but also Rod Poole and Jim McAuley and unfortunately this recording remains the last chance to hear these three musicians playing / creating / improvising together: Rod Poole was assassinated in 2007. This Vignes was the recording of the concert made in Los Angeles at the Downtown Playhouse on 26 July 2003 and the back of the cd proudly quoted “This Music Is Improvised”. All three musicians ventured into the microtonal universe that British guitarist Rod Poole had obsessively explored, playing on an instrument tuned in open tune and through the violin bow.

All three musicians were not part of a consolidated musical tradition, having long since set aside concepts such as “musical genre”. Well yes, Cline was and is known for his membership in Wilco, but talking about just rock music would be a very limiting way to describe his work. McAuley presented a sound with a more folk matrix, but even this category was very narrow. And Poole apparently lived in a world of his own. “Vignes 1”, the first long improvisation, began in a rather conventional, calm way, but then turned into a hypnotic and strange, dark and luminous piece where structure and rhythm were progressively abandoned in favor of exploration, although not always recognizable, in guitars’ pure sound. “Vignes 2” returned to an atonal improvisation, but at the same time rhythmic with urgent and wavy sequences. “Vignes 3” featured the Acoustic Guitar Trio on adventurous trails, with Poole playing the bow on his strings. It didn’t sound like Jimmy Page, or Raoul Björkenheim, but it had a soound strident quality that was sometimes almost painful, sometimes beautiful that certainly didn’t leave anyone indifferent.

For Rod Poole I had arrived too late, I went on with Cline and McAuley, which I found a few years later, 2012, again thanks to Long Song Records, his usual album “Gongfarmer 36” was released.

A truly excellent record, I am not afraid to talk about it in genuinely enthusiastic terms, which confirmed the previous feelings. Jim McAuley belongs to that curious category of musicians who don’t have to move within the known coordinates of their instrument. No, McAuley stands between other radical improvisers like Derek Bailey, Fred Frith, Joe Morris and René Lussier and acoustic guitarists from the Takoma school such as John Fahey and Robbie Basho, his music, his improvisations are characterized by a unique and extremely personal but never didactic: always intense, always lyrical. McAuley never copies from anyone, not even by himself.

This new cd, the ideal follow-up to his first solo album (“Gongfarmer 18”), is a rich collection of solo recordings taken from live shows, studio and home recordings and well testifies to the wide creative and poetic spectrum of this guitarist . We are light years away from any form of musical protagonism disguised as exasperated virtuosity, but if you are looking for unorthodox techniques, open tunings, a continuous mix of jazz, blues, folk elements, classical and contemporary elements, this record is for you. His version of the “Saltarello” by Vincenzo Galilei is very beautiful. One of the best records of 2012. And then? Then Jim McAuley disappears. Nothing. No records. We must have patience. We had to wait until 2018. 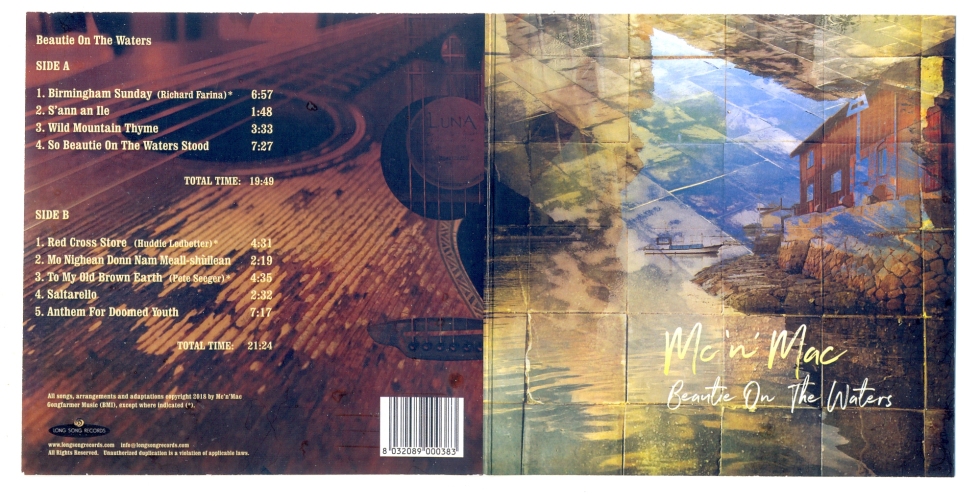 We must always wait for the Long Song Records. Jim McAuley returns as a duo, in the company of Mary MacQueen, “MC’N’MAC”, the result of an interaction built over a decade, a result called “Beautie On The Water”. “Beautie On The Water” still sounds different, always intimate, but different: “Beautie On The Water” is an almost Renaissance record, the encounter between the music of the pre war folk world of the Apallachi mountains and the European classical music of the fifteenth century . Nothing forced. Simple. Clean and lyrical. Far from the experiments of “Vignes” but at the same neighbor in an original and sincere form. We are waiting. Jim McAuley will be back. 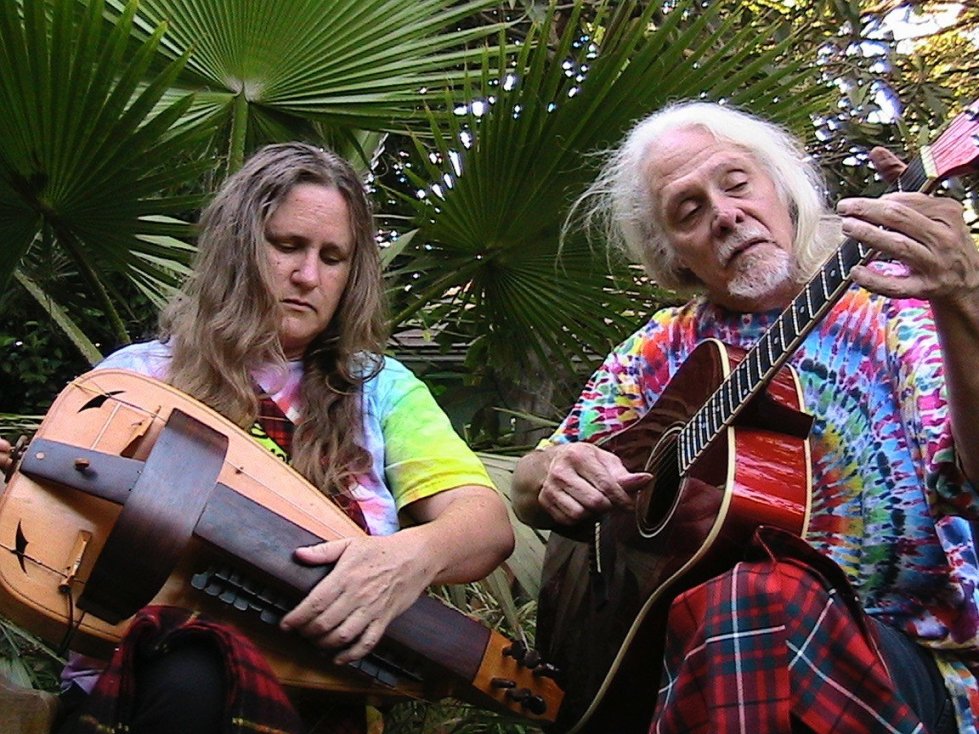