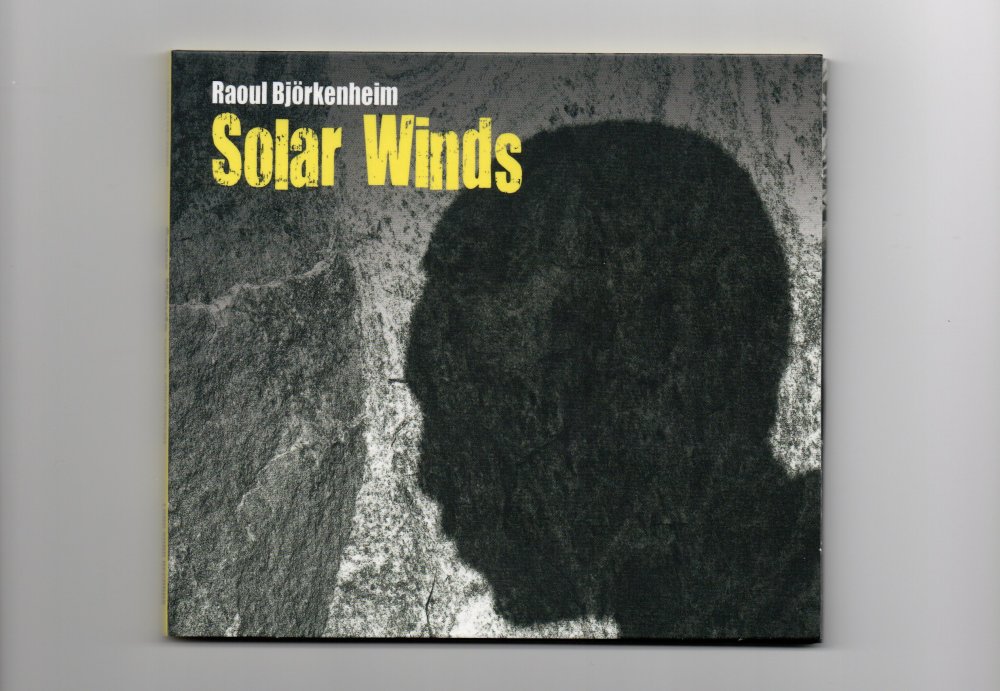 Life, like music, is a curious thing. Have a meeting, you forget it. After a few years you see that person again and you don’t remember. Coincidences. Randomness. But when the paths cross for a third, fourth, fifth time …. chance has nothing to do with it, either it was premeditated or it was destiny. I let you decide.

I “met” Raoul Björkenheim the first time in the late 90’s thanks to the compilation “Ambient 4: Isolationism”, released for Virgin in 1994, a double CD that still sounds fresh today and full of innovative ideas. His song, “Strangers”, was interesting and harbinger of new ideas, but was lost in a compilation full of still innovative ideas.

In 2010 I bought another compilation “I Never Meta Guitar” from the Portuguese independent record label Clean Feed. Here Björkenheim had presented another song, “I Told You So”, where, coming out of the dark side of the environment, it showed off thanks to the interesting rhythmic and schizophrenic language.

Also in 2001 was the excellent “Revelator” in duo with the talented Nicky Skopelitis (innovative guitarist to be rediscovered soon), a supercharged ambient record, produced by his majesty Bill Laswell, characterized by third worldly and serene and relaxed sounds textures.

At that point I started to get confused. Yes, because Björkenheim, in a few years, placed three different examples of musical styles, all very interesting and personal, but completely different from each other. Honestly, in a blind listening I would not have been able to trace the three music to the same author. It’s not the first time that I meet guitarists with chameleon skills, but usually this type of person does not play the role of leader, indeed it is easier to find them in the role of shift workers or luxury session men, where they generously put their art available to other people’s projects. Björkenheim is different, he is a leader. His music and his guitar express a defined, marked, extremely personal but at the same time elusive, metamorphic style. On each record it is as if he reinvented himself from scratch, keeping a total attention towards the sound.

To reinforce these doubts in 2017 comes “Doors of Perception”, third album made with Cuneiform Records and the fourth with eCsTaSy, where Bjorkenheim is accompanied by three traveling companions: the talented drummer Markku Ounaskari, a longtime partner of Björkenheim , the young and virtuoso bass player Jori Huhtala and the very good saxophonist Pauli Lyytinen. Ten tracks contained in this CD, which already from the title refers to the visions of Aldus Huxley, ten tracks that make up a record with strong visions. A record that is striking for the intensity and interplay achieved between the different components, for their ability to exchange roles, dialogues and musical messages that ultimately generate a coherent mix of different colors.

And then becomes clear how Björkenheim is an extremely sensitive and skilled musician in collaborations. This stylistic adaptability makes him a person capable of creating a profound and profitable interplay with the musicians with whom he collaborates both in the role of band leader and wingman. Are you not convinced? 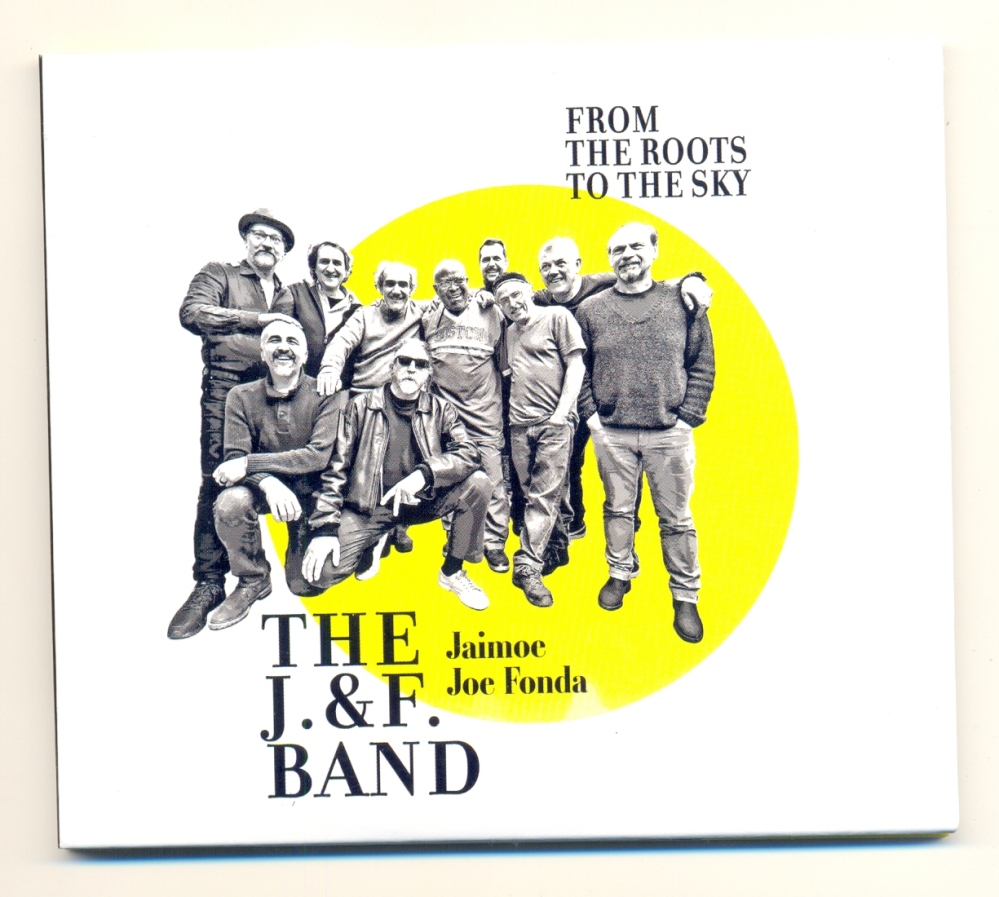 Try listening to him in the excellent “From The Roots To The Sky” (2018, Long Song Records) where he plays in The J. & F. Band, a rock blues ensemble built on the model of the Allman Brothers Band, with Joe Fonda and Jaimoe as leader. Gregg Allman left in 2017. Björkenheim is entrusted with the arduous task of following his glorious deeds. Which he does very well by managing to break through the band’s wind wall. 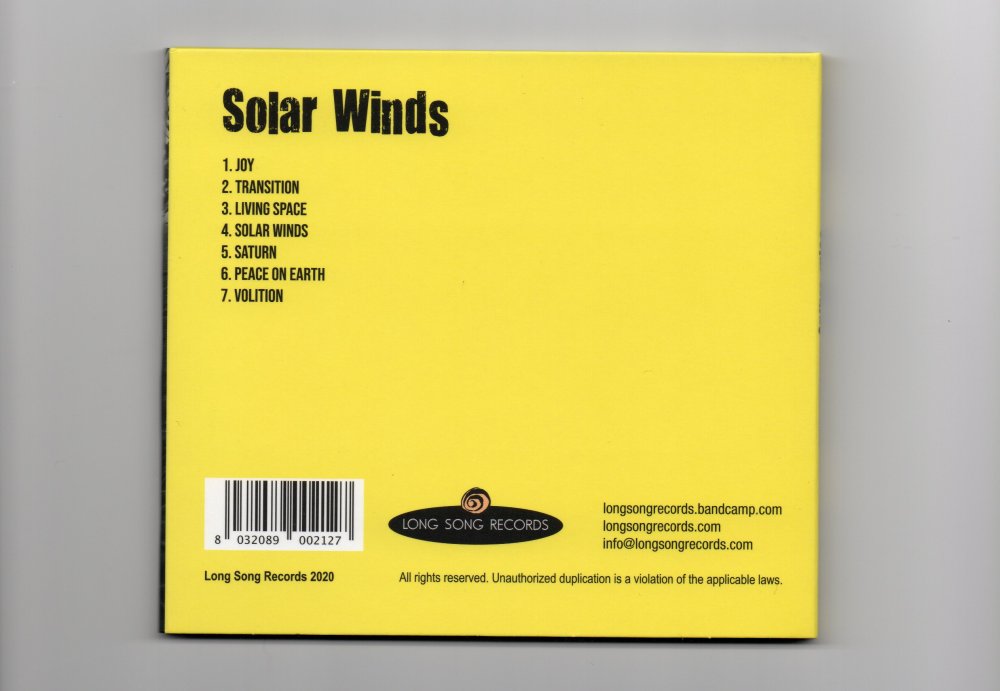 We are in 2020 and Long Song Records releases what has already been nominated as one of my records of the year: Solar Winds, where Björkenheim plays in quartet together with the newly found Tiziano Tononi on drums, Silvia Bolognesi on the double bass and Emanuelle Parrini on the violin.

What to expect from a class transformer like him? The most obvious answer is: another stylistic leap and Björkenheim does not disappoint us, inspired by the great John Coltrane.

It is not the first time that happens, Coltrane has had a huge influence in the world of music, an influence that has crossed the boundaries of jazz and that has bewitched many guitarists. That torrential style, that energy, that depth of language cannot fail to strike, inspire, push to new goals. Coltrane was a giant and it was written in his posthumous fate that others would climb on his shoulders to look and go far.

Björkenheim is an innovator of style and language and with “Solar Winds” he chose to explore the Coltranian repertoire and chose to do it in a quartet where instead of the piano we find the unusual and courageous choice of the violin played by Emanuele Parrini.

This is the Coltrane of the Impulse! Records, the mystic who traveled on interstellar highways to inspire Björkenheim and associates, a powerful, precise and conceptual inspiration that creates music full of energy, life and even hope. Interplay is perfect. No burr or uncertainty. No drop in attention or energy. A single flow of music in which Raoul Björkenheim more than the role of leader seems to seek that of primus inter pares. Once again a stylistic leap. Yet another creative linguistic variation. 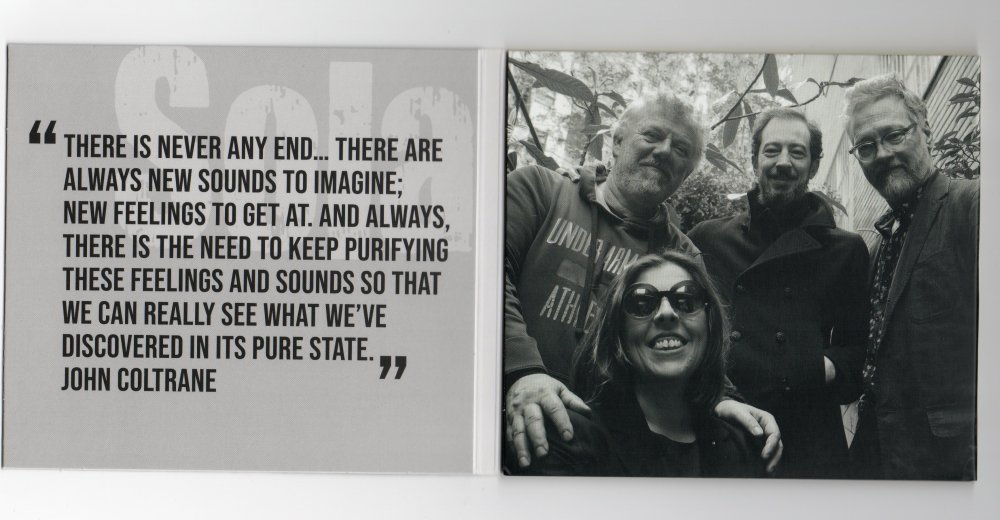 In the end, however, I still have a doubt: what if Raoul Björkenheim was a perfect example of post-modern guitarism? Somewhere, perhaps near Saturn’s rings, John Coltrane smiles.