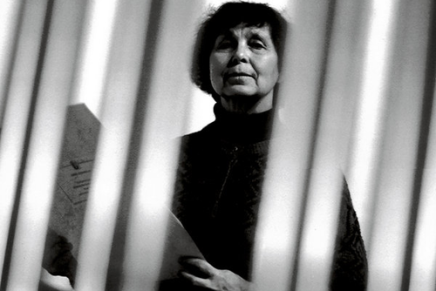 Most of Sofija Gubajdulina’s works are instrumental chamber music. Such an interest in chamber genres is easily explained, given the great possibilities of performance that they offer even with a small number of musicians, and it should not be forgotten how much important is for Gubajdulina the real sound of the composition. But not only. For the composer, sound represents a whole world and her chamber music is often based on canons far removed from tradition.

Within her compositions the role of the performers appears in the foreground. Unlike melodic, harmonic, polyphonic moments, the expressive moment, the color of music cannot be transcribed in the score and the composer can only offer some conventional indications. Gubajdulina’s creations involve a mutual dependence between author and performers.

David Tanenbaum, the deus ex machina behind this album, thus explains the particular sonic technical demands foreseen by the composer: “When I was called to perform the premiere of Repentance during Sofija Gubajdulina’s residency with the San Francisco Symphony in 2009, I had to come up with what the score called a “friction beater”, which was “a small ball of rubber or elastic plastic … fastened onta a springy, resilient steel string (e.g. a piano string)”. That prompted quite a few trips to different stores, and a lot of puzzling over how exactly one can fasten a piano string onto a small ball. But this was Sofija Gubajdulina. She hadn’t written for the guitar since she produced the two early, short pieces heard here, but in the interim she had become celebrated as the great and fearless composer that she is. The rest of the score had fantastic and unusual sounds, and it all made sense, so I figured that she must have a very specific idea here that I just didn’t get. I experimented with this ‘friction beater’ sound, and remained baffled. I finally showed up to the first rehearsal with a variety of options, which she found curious. But then she pulled out her own version, which she had brought all the way from Germany. It made a sound unlike any of mine, and in fact unlike the many devices I had hit strings with in the past. When she heard it, she smiled.”

This CD released in 2015 for Naxos involves the execution of four tracks (Repentance (2008), Serenade (1960), Toccata (1969) and Sotto Voce (2010). Repentance (2008) for three guitars, cello and double bass, was commissioned by the San Francisco Symphony and was presented for the first time in San Francisco on February 22, 2009. It is the latest version of a piece written a year earlier, Ravvedimento (2007) for cello and guitar quartet. In 2007 she created a version called Repentance for double bass and three guitars, dedicated to double bassist Alexander Suslin. Repentance and Repentance were dedicated to cellist Ivan Monighetti. Although Gubajdulina is deeply religious, and all three titles refer to repentance, this repentance has a secular form : in the end it is about the delivery of a piece promised to a cellist who was a great interpreter of this instrument.

Serenade and Toccata were included in a 1971 edition of guitar works by Soviet composers by the publisher Muzyka. Serenade, which was republished by Matanya Ophee in his Editions Orphée series, was supposed to be relatively easy to play and was described by the composer as “music for pleasure”. It has a search, improvisation character and explores the entire range of the instrument, from its lowest note to the highest. It has been performed and recorded many times. On the contrary, the Toccata, recorded here for the first time, is almost unknown and is more virtuous; it has a driving momentum that hardly stops. As in Serenade, explore the entire guitar range. Sotto Voce for viola, double bass and two guitars it was written in 2010 and then revised in 2013.

Fundamental Russian elements of the artistic nature of Gubajdulina are the extreme seriousness in the relationship with art and that form of maximalism that requires absolute concertation by the artist which includes a global intellectual and sentimental vision: philosophy, religion, aesthetic vision and poetics, science and human feeling. In her works we note the immediacy of the musical sound, a consequence of his ability to conceive the work in its entirety and to experience its unitary character. A vision that is connected to the phenomenon of a woman composer of artistic proportions today out of scale and to a style that becomes difficult to relate to any current or trend of contemporary music. A style that belongs neither to avant-garde nor to structuralism, nor to neoclassicism nor to minimalism, nor to retro style nor to neo-romanticism.