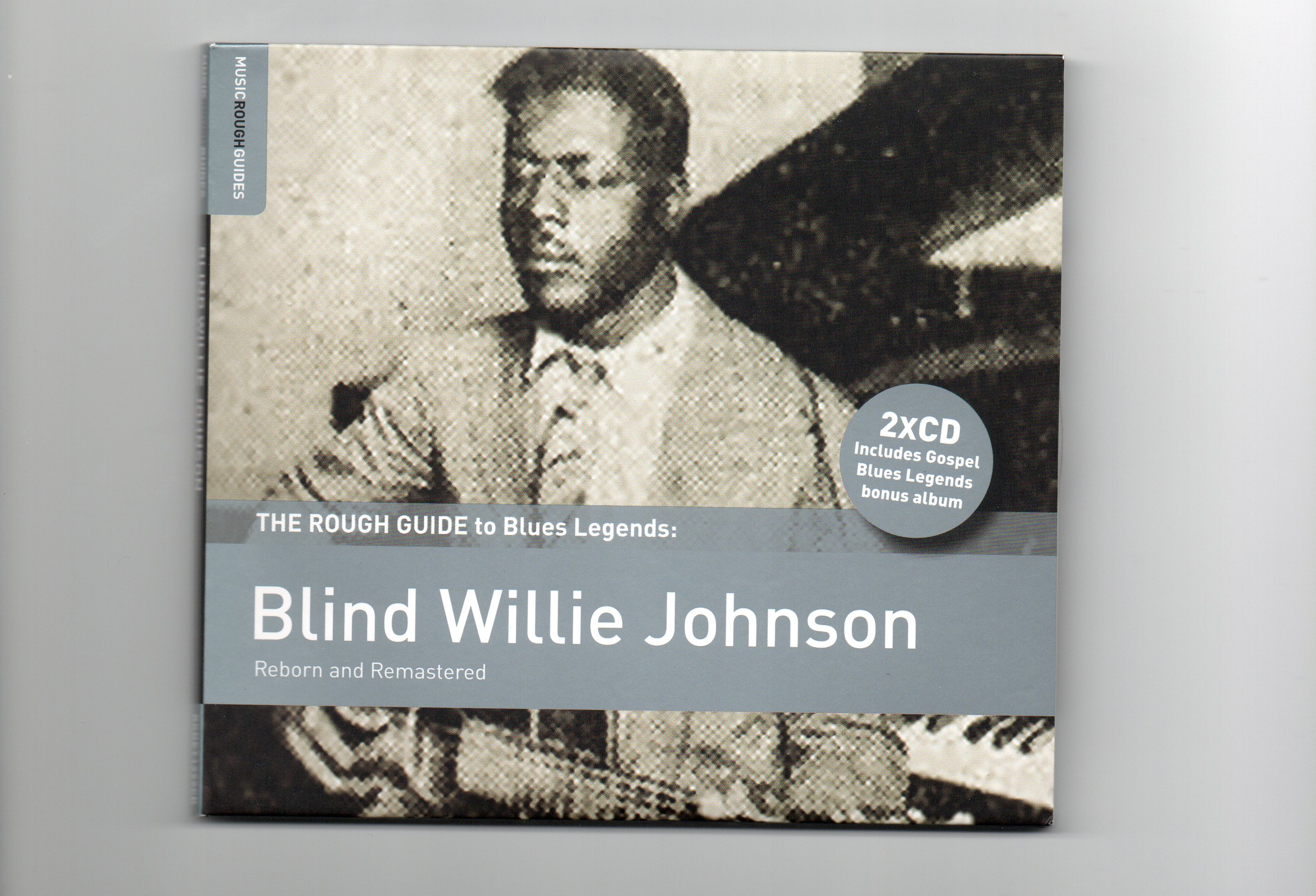 How to define Blind Willie Johnson’s style? Gospel or Blues? Good question, from the formal point of view in fact his music and his way of singing can be considered blues, but the lyrics of his songs derive directly from the spirituals and hymns, they are biblical parables, prayers, invocations to the Lord. The story of this man tells a life of hardship and scarce and very ephemeral satisfactions, similar to that of many other bluesmen. Born in Marlin, Texas in 1902, Willie was blind at seven years old following a dispute between his father and the woman he married after the death of his first wife: the stepmother, discovered with another man, threw towards her husband a basin full of caustic soda but by mistake took him, who lost his sight forever. Music was his consolation and his life: the boy learned to play the guitar accompanying the choirs of the Baptist church, a confession that in 1925 he also embraced as a preacher. In June 1927 he married a girl met in Dallas, Angeline Robinson, who would accompany him for a lifetime. Blind Willie Johnson made his first recordings on December 3, 1927, a session in which he recorded six pieces that went down in history: If I Had My Way, Mother’s Children Have a Hard Time, It’s Nobody’s Fault But Mine, Jesus Make Up My Dying Bed, I Know His Blood Can Make Me Whole and Dark Was The Night – Cold Was The Ground.

Johnson did other sessions, for a total of 30 pieces that had a good sales success; but after 1930, while continuing to play on the streets of Texas cities, he never recorded anything. In the early 1940s he moved to live in Beaumont, where in 1947 (some sources say 1949) his house burned down and he and his wife, having no other place to go, were forced to sleep in the open air for a week. . By the time they finally managed to find indoor accommodation in a Baptist church it was too late; the pneumonia he had gotten sick of quickly led Willie to death. Hospitals did not accept blacks who were unable to pay.

It is Dark Was The Night – Cold Was The Ground that I’m interested in talking about. Johnson wrote beautiful songs and was able to interpret and blend gospel and blues like no other before and after. Above all, he was able to create music that is still extraordinarily current today and that has been able to inspire musicians, writers and directors from very different fields. Dark Was The Night – Cold Was The Ground has even managed to overcome the boundaries of time to reach – literally – beyond our Solar System. Do you want to know the story behind it? When the Voyager 1 spacecraft was sent to space in 1977, destined to wander without an established destination and containing different materials of our planet destined for possible encounters with other intelligences of the universe, the astronomer Carl Sagan thought of also sending music that could give an idea of ​​art created by human beings. Together with ethnic sounds recorded live and from all over the planet, Sagan included Beethoven’s Fifth, Mozart’s Magic Flute, one of Bach’s Brandenburg Concerts, Stravinsky’s Spring Festival and only three songs from the pop world: Johnny B Chuck Berry ‘s Goode, Louis Armstrong’ s Melancholy Blues and Blind Willie Johnson ‘s Dark Was The Night – Cold Was The Ground. Sagan chose it because in his opinion it represented better than any other “the religious sentiment of human beings and their unceasing search for communication with God”. Stefano Isidoro Bianchi writes in his book “Prewar Folk” that this song is based “on the hymn” Dark Was The Night and Cold Was The Ground on Which Our Lord Was Laid, a meditation on the crucifixion of Christ which in Willie’s interpretation became an instrument of lacerating intensity, in which the musician limited the vocal parts to the ‘humming and moaning’ typical of field rollers, reserving the parts of the melody for the sounds of the slide. An imperishable masterpiece, a piece unanimously considered one of the topical and strategic places of the whole American musical event. “

Dark Was The Night – Cold Was The Ground is a prime example of blues that goes beyond the boundaries of its genre, it is not only a song that knows how to capture pure emotion aesthetically and emotionally, but it is the first and only example of gospel that transcends the word to become pure sound. A temptation too great for musicians who arrived in postmodern times. Think about it, this song doesn’t have a structure, it doesn’t have a constant phrase, it doesn’t have a refrain: it is an indefinite and inconstant flow of intense and painful slide and guitar strokes. I believe that when it was composed it had a revolutionary effect. It is a song in its own right, with an indefinite and formless form that anticipated much of today’s improvised music, a piece that lived in a new dimension so as to remain an unrepeatable question mark for many decades to come. 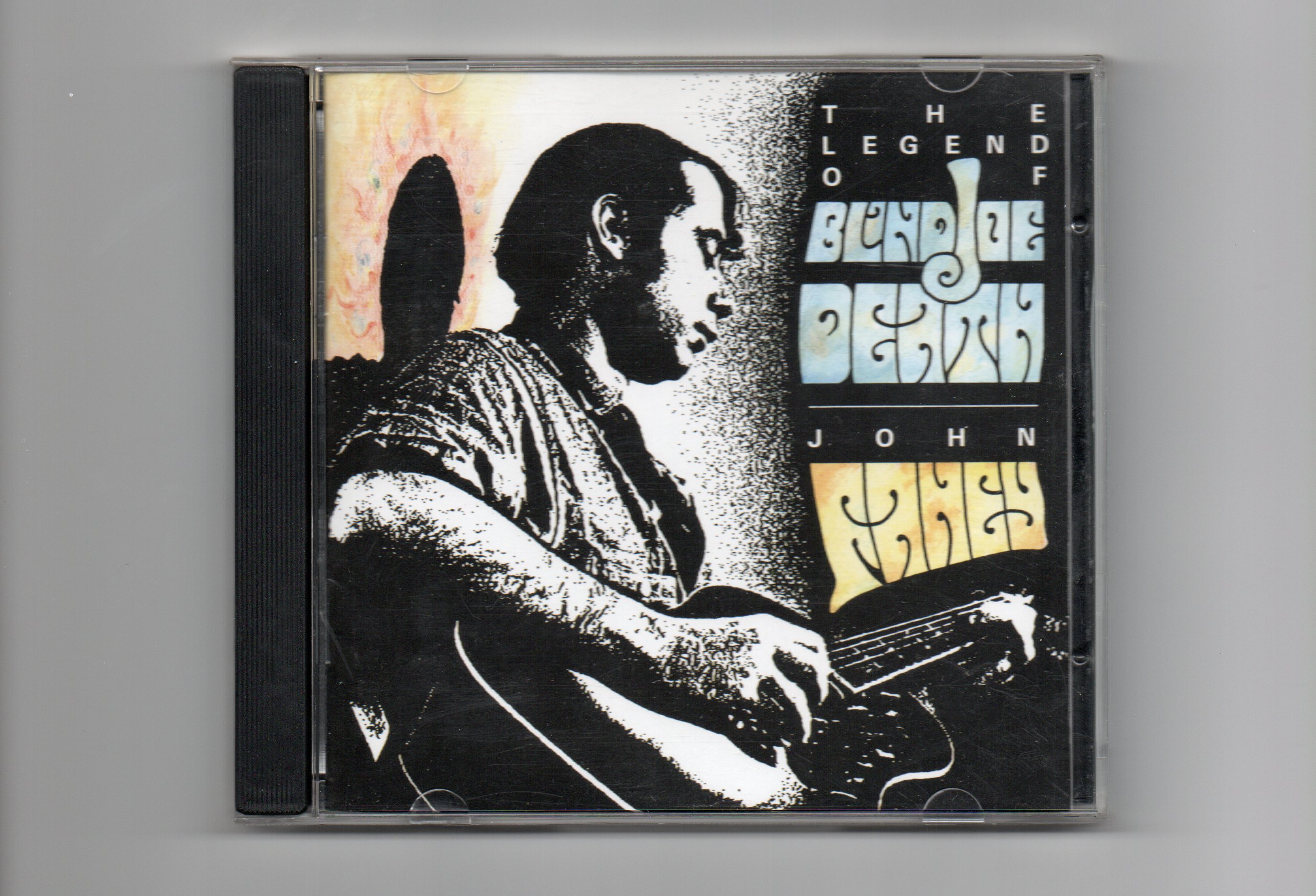 A song that has become legendary, just as another blues guitarist, also blind, has become a legend: Blind Joe Death. Few things are known about him, all handed down by another guitarist who was initially inspired by Blind Willie Johnson, John Fahey.

The son of an American health service employee who divorced his wife when John was still a child, Fahey spent the most significant years of his teens in Takoma Park, Maryland, remaining glued to his mother’s radio broadcasting jazz selections for hours, country and folk. In 1954, he had a first illumination listening to Bill Monroe’s version of Jimmie Rodgers’ song “Blue Yodel No. 7” and began to deepen his interest in music by starting to collect country, hillibilly, gospel and jazz records and buying a guitar . Over the next five years, after having played as a guitarist in some bluegrass bands, he gets closer and closer to the blues and begins to enrich his guitar technique by developing his ideas of reworking and not simply “transcribing” the classic traditionals, until in 1959 he decided to print his first album, “Blind Joe Death, at RCA Custom Recorders in an edition of only 100 copies paid for his work on a petrol pump. One facade is signed in the name of John Fahey, the other is credited to a phantom and legendary bluesman called Blind Joe Dead but in reality it is his pseudonym. The gimmick is only the first of a long series of inventions, false historians, obscure references and absurd legends that Fahey has disseminated in a postmodernist way on the cover notes of almost all his albums. 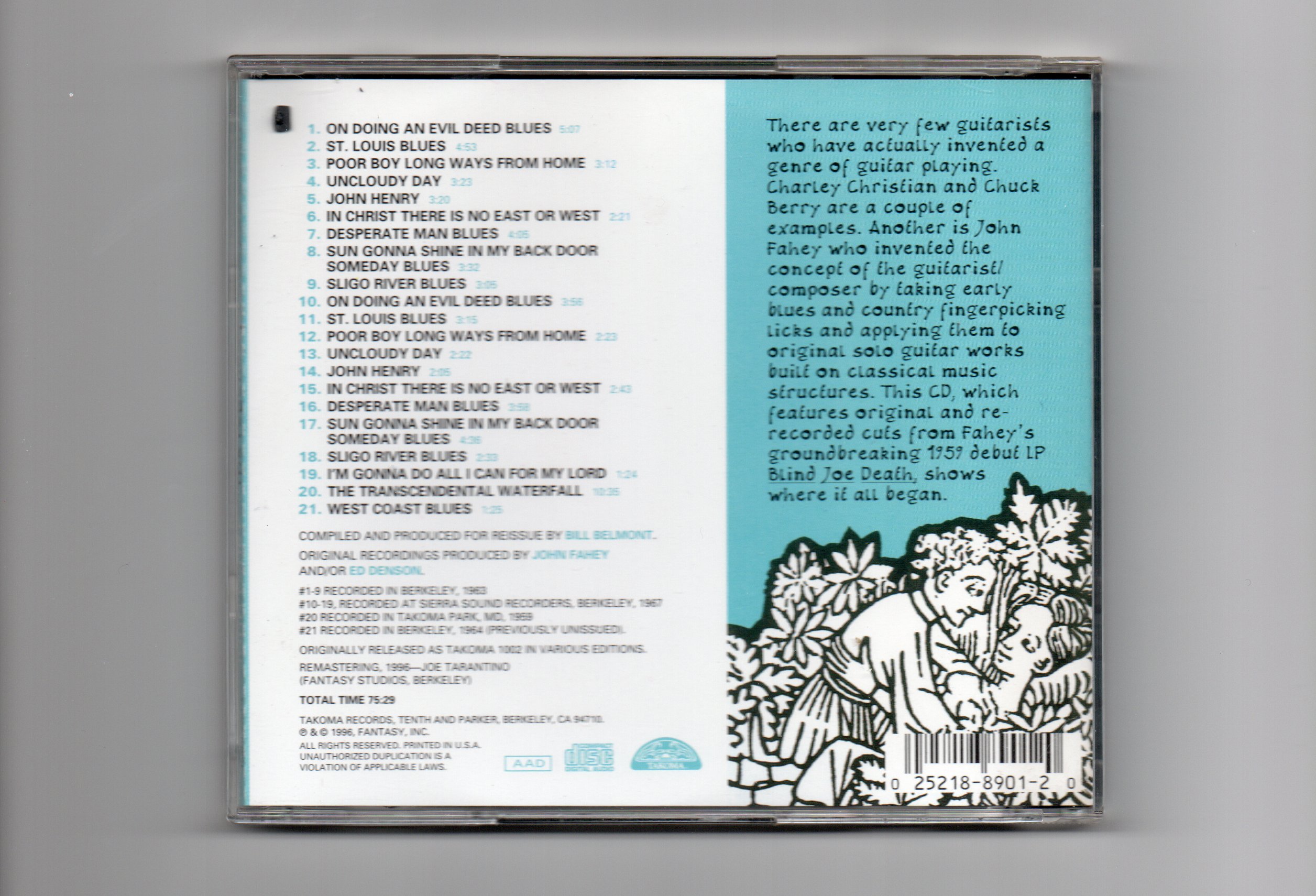 The work of Fahey and Blind Joe Dead didn’t get any success. But something is moving. In April 1964, Norman Pierce and Ed Denson, owners of Takoma Records, partially re-record his first album which in ’67 will be re-released with a new version in stereo. In 1996 an impeccable reissue on CD came out, entitled “The Legend of Blind Joe Death”, which contains the entire draft of the second and third edition while six tracks from the first are missing (theRCA destroyed all masters that were not reused within a year). A small masterpiece with 26 tracks that shows how the constant evolution of Fahey’s style: immature and a little uncertain about the 1959 recording, sparkling and nervous in that of 1967. In reality it is avant-garde music and Fahey is a cut above all his contemporaries, still too tied to the roots of bluegrass. The record will kick off a generation of acoustic guitarists (Basho, Kottke, Lang …) who will however be able to ride the success, sometimes climbing on the shoulders of Fahey himself. 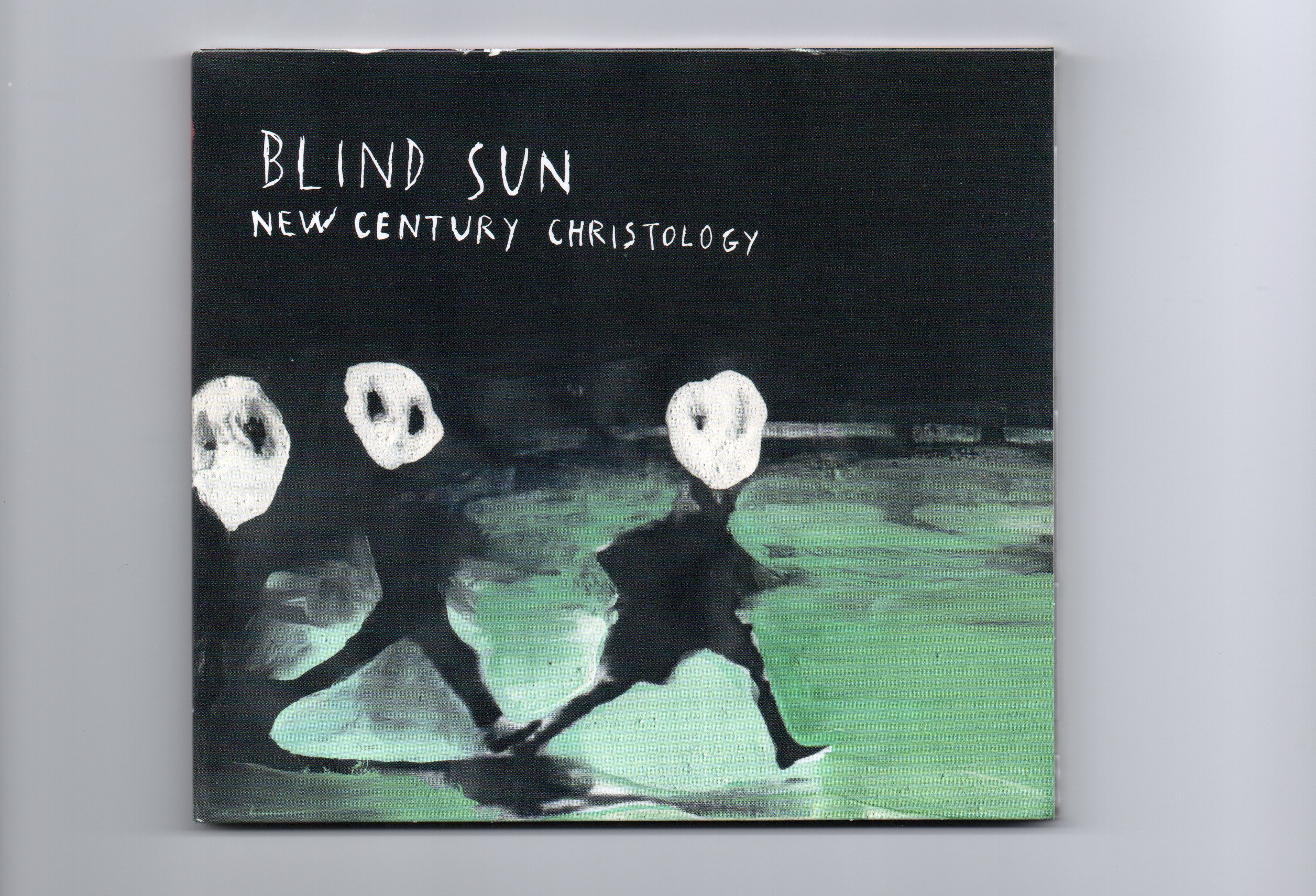 2015. Another Blind returns to bring a post modern image of folk and blues. This is Blind Sun, bluesman and postmodern improviser whose origins are unknown. It is not known who he is. It is not known where it comes from. We only know that he was redeemed by the Faith and enlightened by the Lord. His album is titled “New Century Christology” and his songs refer to a complex cosmology: the urgency of the blues and the pleasure of fingerpicking, the dust and distances of an American road, the journey intended as a life experience, the life as an expiation.

The sound. A sound that tastes of distance, of echo, of desire. In reality, even here we play with the quotation and multiplication of the imaginary, Blind Sun is the pseudonym used by the Italian guitarist Stefano Pilia for a personal reworking of the myths of Blind Willie Johnson and Blind Joe Death, a personal reworking to favor of a bewitching sound that goes beyond its physical characteristics to become a semiotic, metaphysical imprint. The sound of Blind Sun is a sound that generates connections, links, references, quotes. In short, it is a sound that creates a world. Images. Surfaces. A sound that is almost tactile, organic matter.

Dark Was The Night – Cold Was The Ground returns. It had never gone, actually. It returns with a sound that is outside of rhetoric, of false intellectual commitment, which is spontaneous, sincere and which emanates its own psychic, emotional and human aura. How to revive and evolve a tradition. 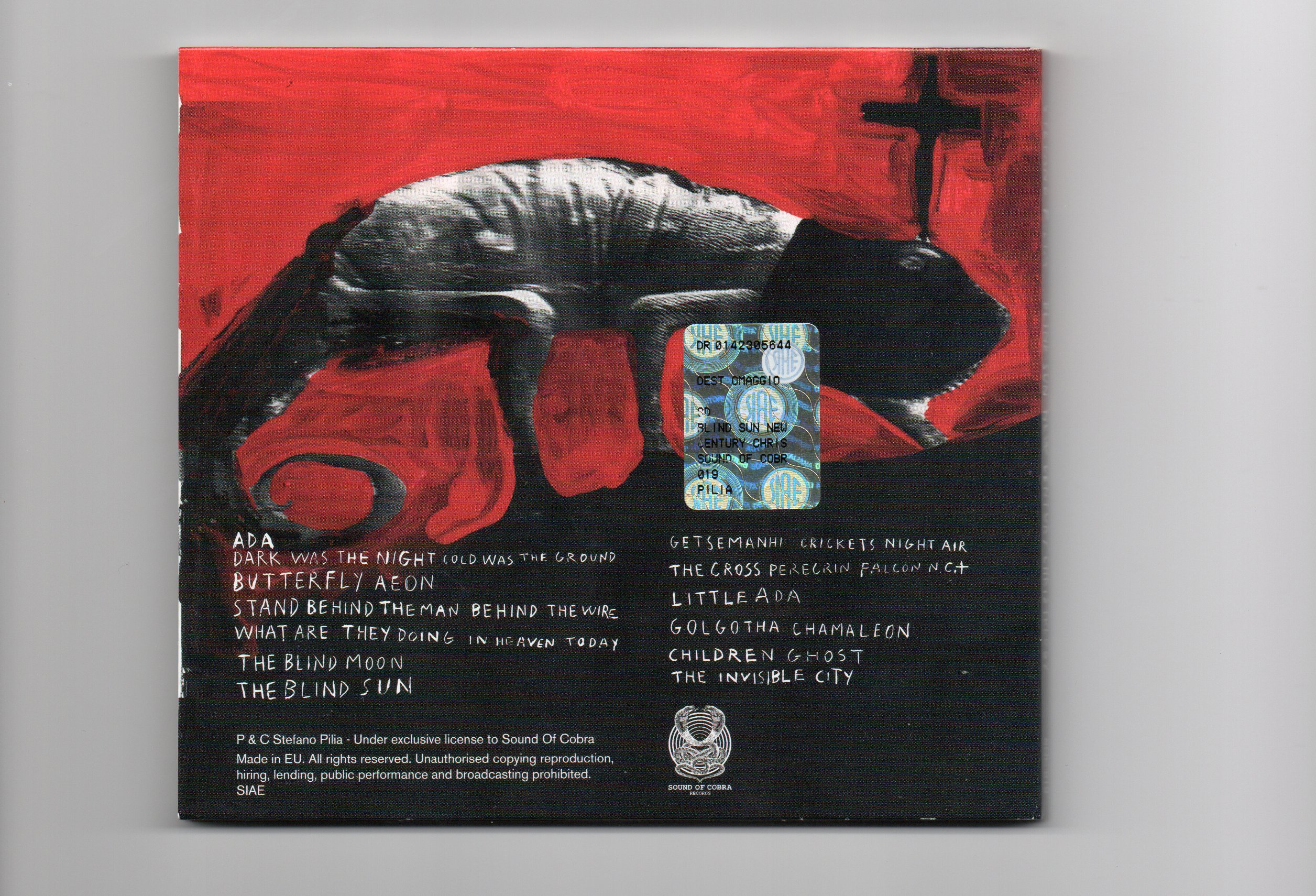