The guitar never ceases to amaze us, constantly proving to be an instrument capable of always adapting to different and innovative contexts. Maybe I’m wrong. The instrument may have characteristics that make it so flexible and adaptable to the times, society and cultural needs that it expresses, but the difference, innovation, desire is born from the hands and minds of those who play it.

The guitar, in particular, has always suffered from its particular position in both popular and classical music. In the field of classical music it is above all known as a solo instrument, rarely engaged in chamber music and even less in the orchestral field. In the field of popular music, the guitar has often willingly played a leading role, giving the guitarist a superhero character that has spent his creative thinking on the back burner. Steve Waksman wrote well about this in his essay “Into the Arena: EdwardVan Halen and the Cultural Contradictions of the Guitar Hero”, whose reflections can also be used for a reinterpretation of the phenomenon of Andres Segovia.

A modus operandi that has led to excellent results, but which can be rethought in a different key. This is what these two different guitarists seem to offer us, such as the Italian Gabriele Orsi and the American Scot Ray, with two records where the watchwords seem to be chromaticism and chamber music.

Let’s start with the Italian Gabriele Orsi and the PhreeAngles trio (Luca Calabrese, trumpet, loop, electronics, Gabriele Orsi, guitar, loop, effects, Cristiano Vailati, drums, percussion), a trio elegantly dedicated to a 360 degree vision of experimental music where the three instrumentalists are very skilled at creating a multifaceted and iridescent sound texture that sees them collaborating in an integral way, without the emergence of solo figures or leaders. 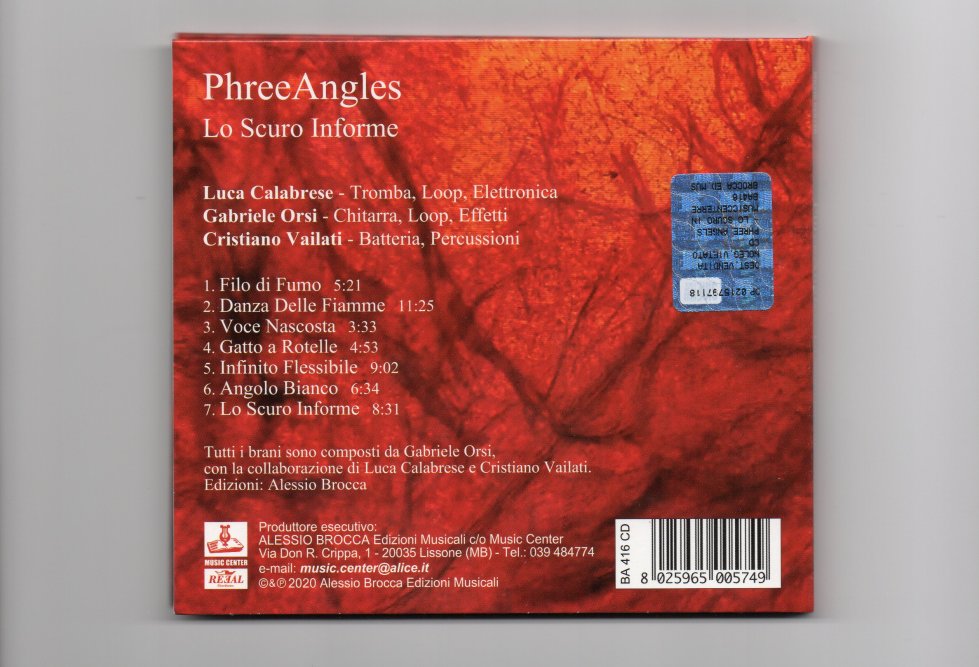 The secret lies not only in the excellent interplay, aimed at creating a sort of instant composition or improvisation at a high semantic level, but in their ability to generate a sort of new chamber music based on vaporous, opaque surfaces, repeatedly crossed and superimposed between them to create a translucent musical fabric in which it is pleasant and comforting to find references to Jon Hassell.

The quartet composed by Scot Ray (lap steel slide guitar), Bill Harrett (chromatic harmonica), Steuart Liebig (fretted and fretless bass) and Alex Cline (drums and percussion) is a different thing. Here we are faced with a double operation. Here too the figure of a leader, of a soloist around whom the group is built, seems absent. All four musicians move on chromatic structures that support each other in a continuous removing and adding liminal, simple and marginal structures, which generate a quiet, fluid, elegant music. At the same time, we are witnessing a sort of reinvention of the lap steel slide guitar, both in terms of music and style. The lap steel slide guitar is in fact generically linked to Hawaiian music, blues, country music. In more recent years, thanks to some interesting innovators such as Susan Alcorn and Scot Ray himself, it has begun to leave the usual paths to explore larger musical territories. This record is an excellent example. The music of the four components seems to merge into a post rock with a sober, cheerful and relaxing character. Here there are no loops or textures, it is a quartet of traditional inspiration, but it is the chamber music nature that got my attention. Everything is in perfect balance, in an order that seems to exclude the possibility of improvisation and which instead appears to be an instantaneous composition. Another great job for the independent Italian label Long Song Records. 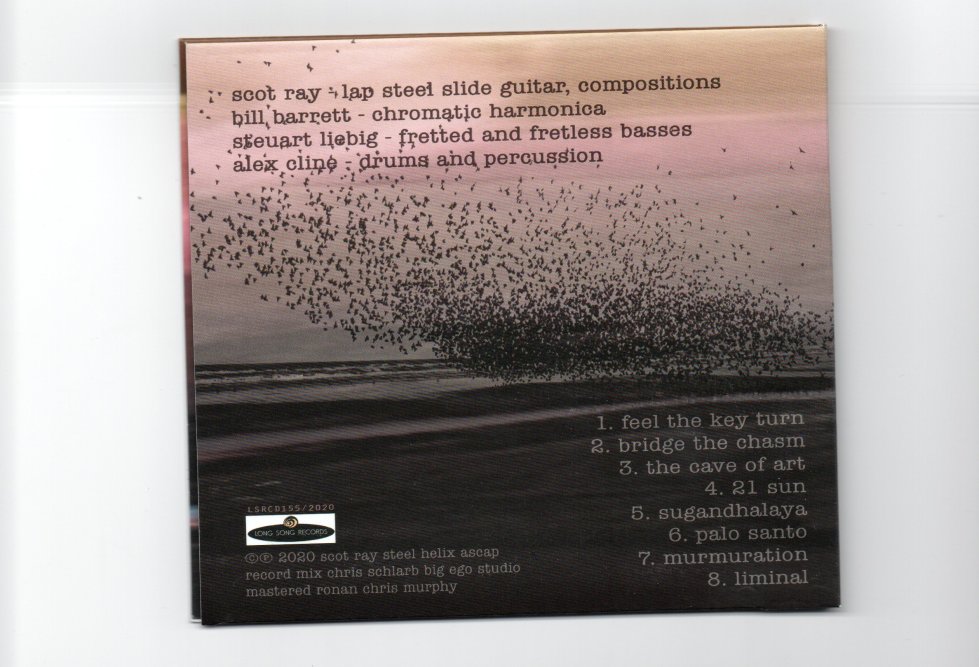