“Vicente Asencio is part of the group of Spanish composers who dedicated some compositions to Segovia characterized by a late-Impressionist language, but of popular origin. The Suite Mistica is composed of three pieces inspired by the evangelical tradition and the dedicatee recorded it in 1977. It was the composer’s last work.1”

With these few laconic notes, the book “Segovia e il suo repertorio” by Eloisa Perricone and Adriano Sebastiani dismisses the Spanish composer. In Eva Moreda Rodrìguez’s book “Music Criticism and Music Critics in early Francoist Spain”2 there is no trace of the name of this composer. This excellent record work by the Italian guitarist Alberto Mesirca acknowledges the figure of this Spanish composer and at the same time exposes the listener to some personal questions of an aesthetic and social nature.

Eloisa Perricone and Adriano Sebastiani tell the truth: Asencio was a composer characterized by a well-established musical language, free from surprises and intimately linked to the Spanish nature of the guitar, a nature well shared and promoted by Andres Segovia. Listening to his music, however pleasant, is equivalent to asking how and if the perception of the time in which we live can change from person to person. The twentieth century, the century of Asencio was characterized by two world wars, a civil war in Spain itself, the collapse of democracies, totalitarian regimes, social upheavals, an incredible artistic density. There is no trace of all of this in Asencio’s music. His music seems to enjoy a sort of magical timeless bubble, a sort of total historical, civil, cultural, social and, why not, even artistic isolation. As if an entire century had been closed off, removed from an ontologically closed artistic model in itself, in values ​​and ideas now light years away from everyday reality, indifferent to what happens all around. Please don’t confuse this analysis with my personal musical taste. I am not condemning, nor judging the composer and the interpreter, who, I think, must always be free to choose what, how, where and when to play.

I am not a supporter of any political militancy, but Asencio’s music, perhaps is an indirect response to modernist demands: it’s music that exists purely in itself. The only temporal reference is the “Tango de la casada infiel” dedicated to Federico Garcia Lorca. Was his just a personal stylistic choice or a perfect expression of the canons of neoclassicism? The desire of a hidalgo to reject the current reality in favor of consolidated aesthetic canons, free of surprises? 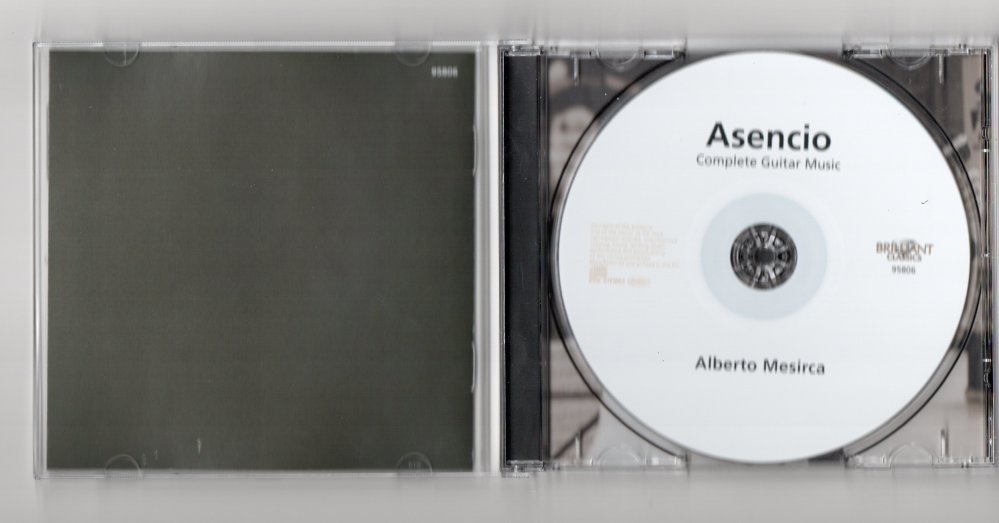 So I ask myself, as I have already done talking about Teho Teardo’s latest album, isn’t it that artists, performers in particular, are at the same time becoming archivists? I’ve been watching for several years, with some apprehension, how the now wide and inexpensive recording possibilities combined with an intense post-modern desire have been creating an archive of recordings in which the physicality itself is disappearing. Does all this mass of recordings still have a different sense, an artistic sense in an era where the aesthetic differences between one interpretation and another are dangerously leveling out?