I think I can reasonably say I know Alessandra Novaga well enough. Enough to say that she has a complex personality and a huge artistic desire. When she chooses a project, a new project, she dedicates herself with rare passion and stubbornness: Alessandra reaches an almost theatrical intensity in reaching and identifying herself in the personalities and stylistic concepts of who or what she has decided to deal with. It had already been the same for the excellent work on Fassbinder and his Wunderkammer, it is again the same for this new album “I Should Have Been a Gardener” dedicated to Derek Jarman and produced by the always excellent Italian label Die Schachtel, with a splendid yellow vinyl and a nicely designed packaging, with attention to the smallest details.

To tell the truth, something was in the air. Alessandra is a rather reserved person, but she too cannot resist the desire to share her passions in social networks: it was possible to guess that her new album had to do thanks for the cornucopia of photos of bulbs, vases and flowers (not even a rose, unfortunatelly) that had invaded her Facebook profile. About a year ago, photos of Jarman’s cottage, his garden, even photos of his grave, appeared. The circle was tightening. The creative circle finally materialized itself in the yellow circle of the vinyl record dedicated to Derek Jarman, once again it is the cinema that is at the center of attention but with a palpable difference compared to the work on Fassbinder: this time the music related to cinema is not the real subject of Alessandra’s creativity, but the soul, the personality, the political, social and artistic being of Jarman himself.

The result is a music with a very intimate, essential character, at times almost painful, but which ultimately leaves a great sense of peace and … redemption. It seems that Alessandra has deeply immersed herself in Jarman’s personality, making an almost initiatory journey through the main aspects of his life and his artistic vision. 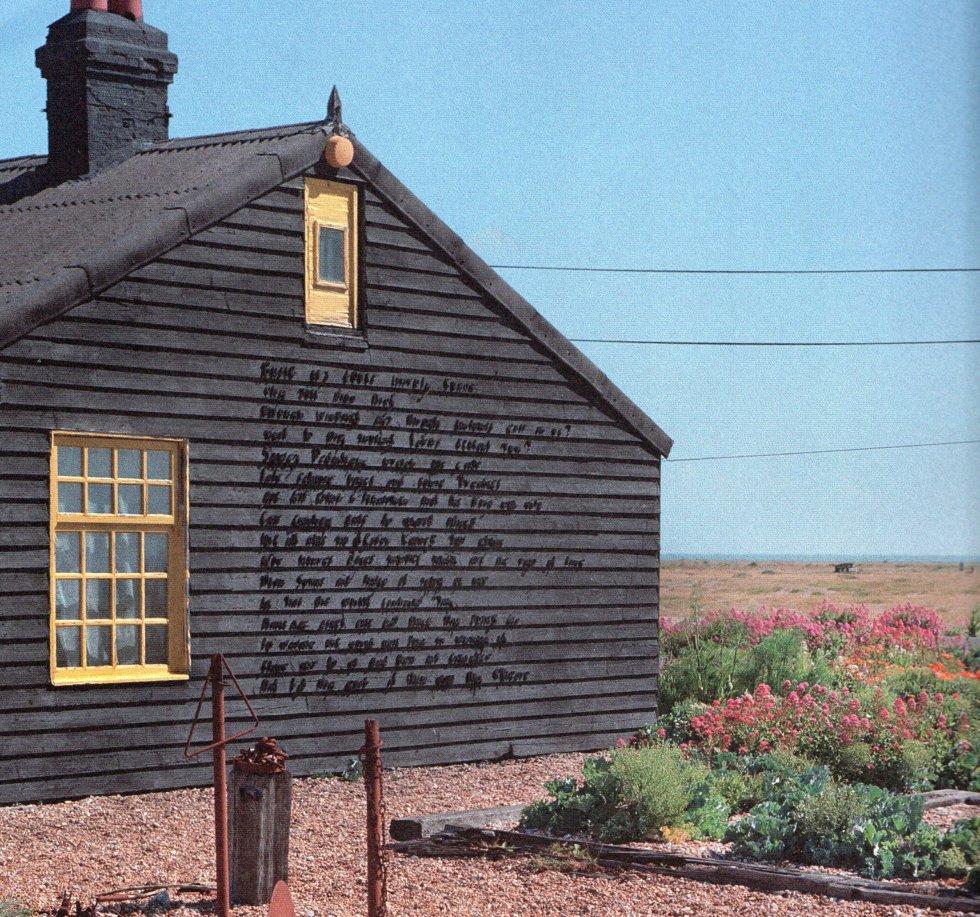 Alessandra’s guitar thus becomes an instrument for storytelling, the record becomes a narrative path, music a biography translated into notes and sounds. I think this is the great advantage of an artist like Alessandra: her stubborn and emotional ability to know how to create a narration in which to wrap the listener.

Indeed, I think that one of the major flaws of experimental and contemporary music lies in its inability to engage emotionally and to insert the music within a context, even in a media, that helps understanding it.

The cultural, social and emotional coordinates with which to orientate oneself, through which to absorb and make the music their own, are often lacking. In short, the temptation to close itself in the eternal ivory tower still exists. A risk that Alessandra has been able to avoid, perhaps unconsciously, because I don’t think this is one of the ultimate goals of her making music, thanks to her profound empathic ability to approach Derek Jarman as well as Rainer Werner Fassbinder. “I Should Have Been a Gardener” is at the same time a storytelling, an emotional flow, a spiritual catharsis, it could become a play, a theatrical piece. The righteous, heartfelt tribute to Derek Jarman.