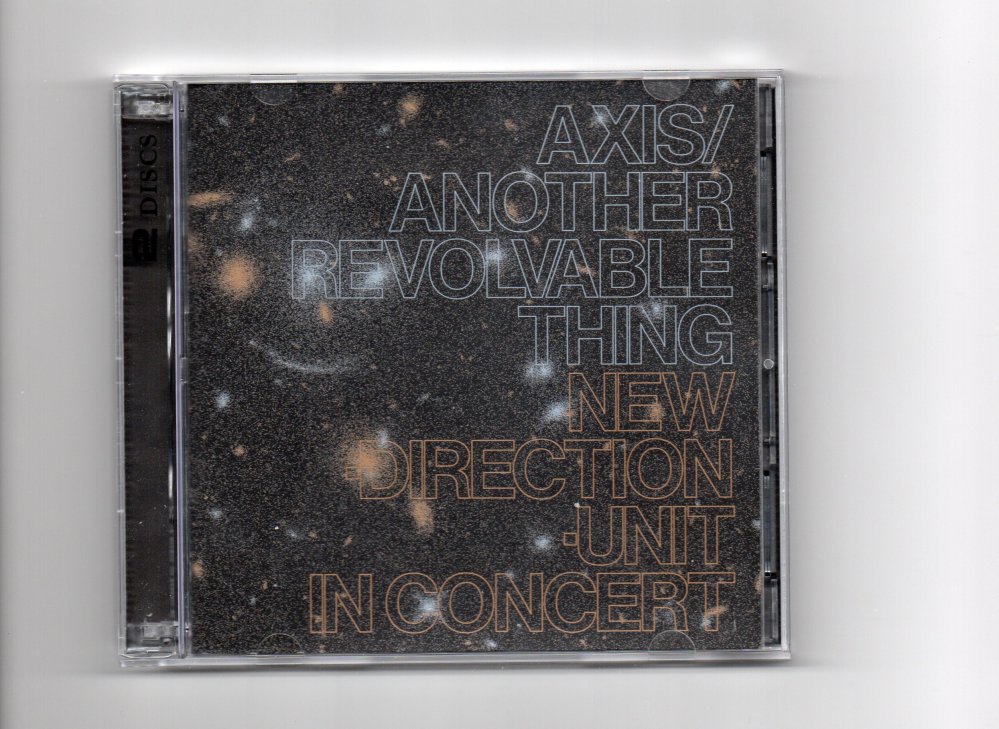 Finally! Finally another piece of the mosaic, another piece of history that finds its place. Between his emergence on the scene during the early 1950s, until his passing in 1991, Masayuki Takayanagi remained one of the great visionaries of Japanese guitar, cutting his teeth with Lennie Tristano, before turning his back on traditional forms jazz during the late 60’s – departing into a territory which ran roughly parallel with the innovations of Sonny Sharrock, Keith Rowe, and Derek Bailey. One of the first players on the international scene to deploy tabletop guitar for pure noise improvisation, it was Takayanagi, arguably more than any other, that laid the groundwork for the distinct sound and approach which would be built upon by players like Keiji Haino and Otomo Yoshihide, imagining a blueprint from freemusic as it only happened in Japan. 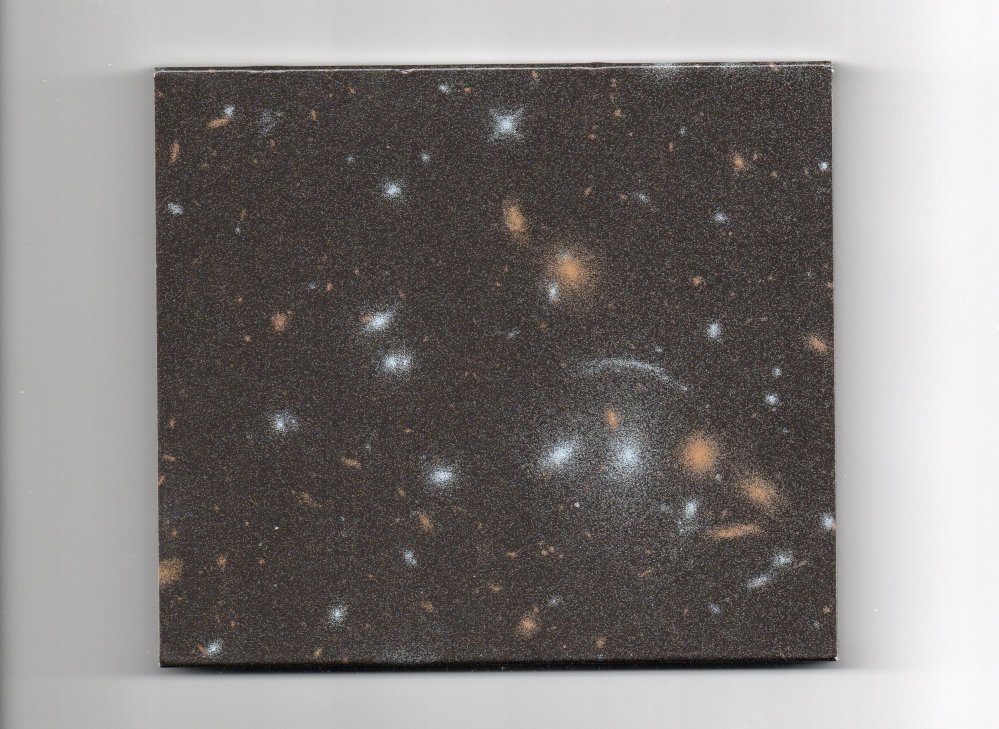 Today’s object of desire is this double CD with the complete recording of the concert held on the 5th of September, 1975, at Yasuda Seimei Hall in Tokyo’s Shinjuku district. Masayuki Takayanagi played with the same lineup, his New Direction Units, which he had recorded at the Yamaha Studio in Shibuya “April is the Cruellest Month”, or Kengi Mori on reeds, Nobuyoshi Ino on bass and cello, and Hiroshi Yamazaki on percussion. The group performed six pieces at the concert, Fragment I trough VI. Fragment II, III and VI have been released on Axis: Another Revolvable Thing. Fragment I,IV and V have been releases as Axis: Another Revolvable Thing Part. 2, both in 1975 for the indipendent japanese label Offbeat Records. We had to wait for 45 years, 45 years that Blank Forms Editions made a reprint as a double cd. It was time! So now the concert is complete. Now the two parts join together. 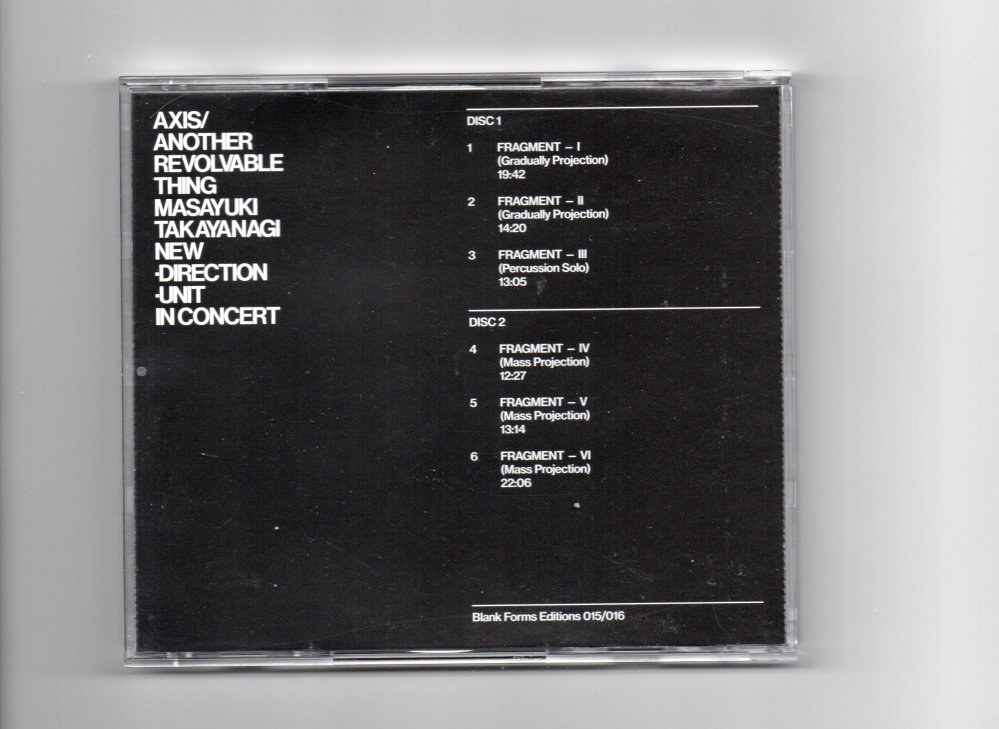 The Japanese free jazz critic Teruto Soejima1, promoter of many legendary events and concerts, operator of the Mobys Record label and deeply involved in the introduction of Japanese free jazz to Europe, especially through his position with the Moers Jazz Festival, writes in the booklet that accompayin the cd: “together these two parts are a complete print of the cosmos and just as we can have come to see the dark side of the moon”. Now we can enjoy the entirety of the group’s performance. The tittle of the concert was choosen by Takayanagi himself: Another Revolvable Thing. The title gives a strong sense of Takayanagi’s philosophy: a mode of performance that is based on his personal ideology anche which exists at a considerable remove from the conventional jazz world. You call call it a sort of personal manifesto. It was also the last in a long time of letters of divorce to the japanise jazz world, a worl so assorbed in its imitation of American jazz world that it has forgotten its own cultural identity.

More important for me is the title of this double cd, created by Takayanagi himself: Axis. Axis is more then a title, it’s a perfect example of how Takayanagi resorts to theory when talking about himself and his music. At the same time it’s simultanously an expression of his philosophy and the resolution that he brought to his performance. In his music you can hear cold, dry abstract structures combined with an exoticism that borders on the sensual. The contrast exists because these qualities are linked along an axis that has the vivid image of “fresh Blood” at one pole and the methodologycal consciousness of physical “mass” at the other.

The musicians listen intently to each other, their precise concentration creating clusters and textures of sounds. The music’s structures arise from this perfect interplay. Time streches out toward the infinite. As those structures become generally denser, a sense of time arises. Time is already in rapid motion. Acceleration. Speed. Speed in its turn created space.the minds of the four musicians move at high speed. Takayanagi’s guitar drives the performance forward with greater and greater acceleration. The actualization of this acceleration’s theory is “mass projection”.

Soejima compares music to a Moebius ring, where space is rewound, to run along one side, then on the reverse. Our awareness rises and falls in some unknown environment. In the booklet of the cd we read this expression by Takayanagi: “For me, playing free jazz is an inevitability, and it’s also theory.” He theorizes the locus of his intentions and their pathways into the future, and this has enable him to create his own unique, hightly developed theoretical system. This is manifested through the methodology he has developed, oriented around the twin poles of “mass production” and “gradually projection”. From within his theories and the repetition of acts of performance, he pressed even deeper towards something essential. Something that is clearly understood in this double cd. 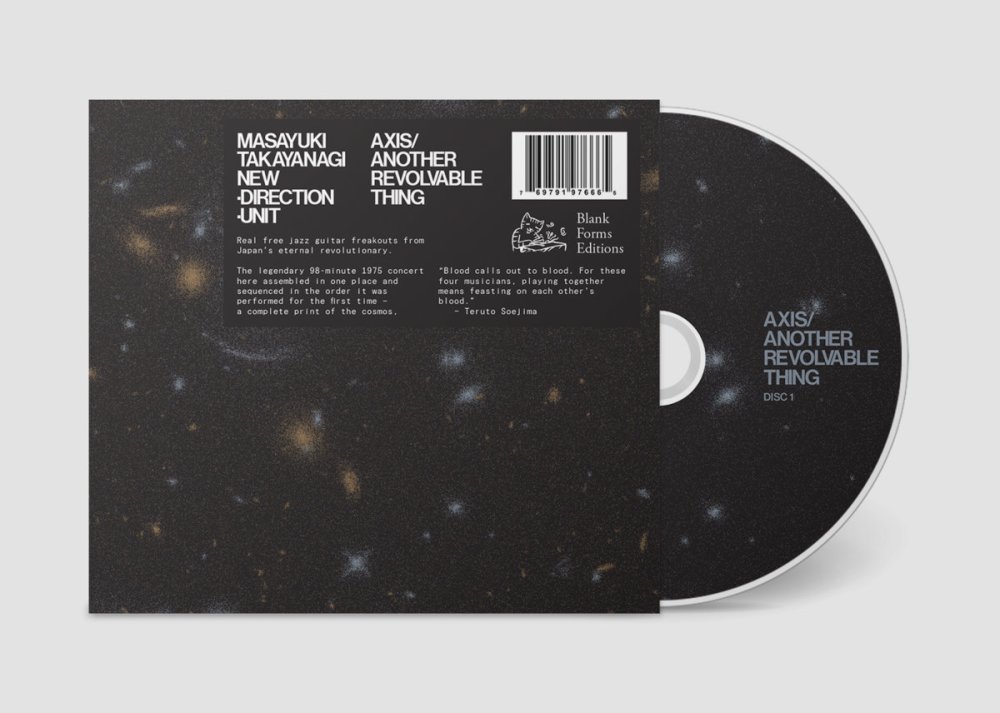 Thanks to Blank Forms.