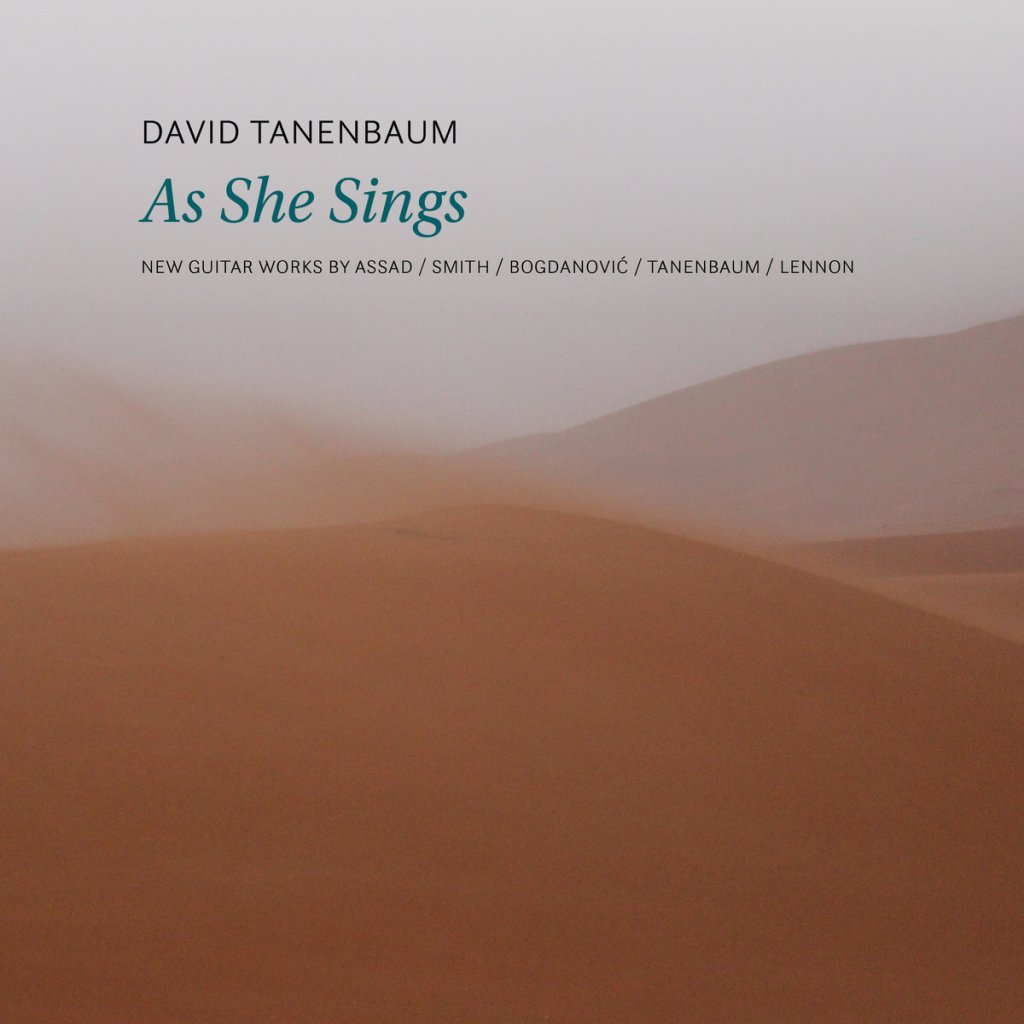 For the past five decades, guitarist David Tanenbaum has championed his instrument and ushered countless new solo and chamber works into the repertoire, enriching it with his curatorial acuity and powerful and sensitive performances. As She Sings documents several of those works, from an early piece written for him by his father, composer Elias Tanenbaum, to Dusan Bogdanović’s textural song cycle Games, to the most recent work in the collection by iconic Brazilian virtuoso Sérgio Assad.

More angular and modernist than most of Assad’s music, Shadows and Light features searching, snaking lines that explore increasing dissonance and tension over a series of dense repeated chords. In an energetic middle section, a rhythmic pedal point is embellished by guitaristic fills and accented chords that are more characteristic of Assad’s Brazilian inflected writing. Sequential flourishes followed by decaying echoes offer shades of Leo Brouwer. A pensive coda echoes the voicing of the opening, but the light seems to have overcome the shadows as the dissonance gives way to expansive, consonant harmonies.

Recorded at the San Francisco Conservatory of Music, except 2-6 recorded at Wellspring Sound, Acton, Massachusetts

Guitars: Daniel Friederich, 1996, on Games Stephen Connor, 2012, on all other tracks