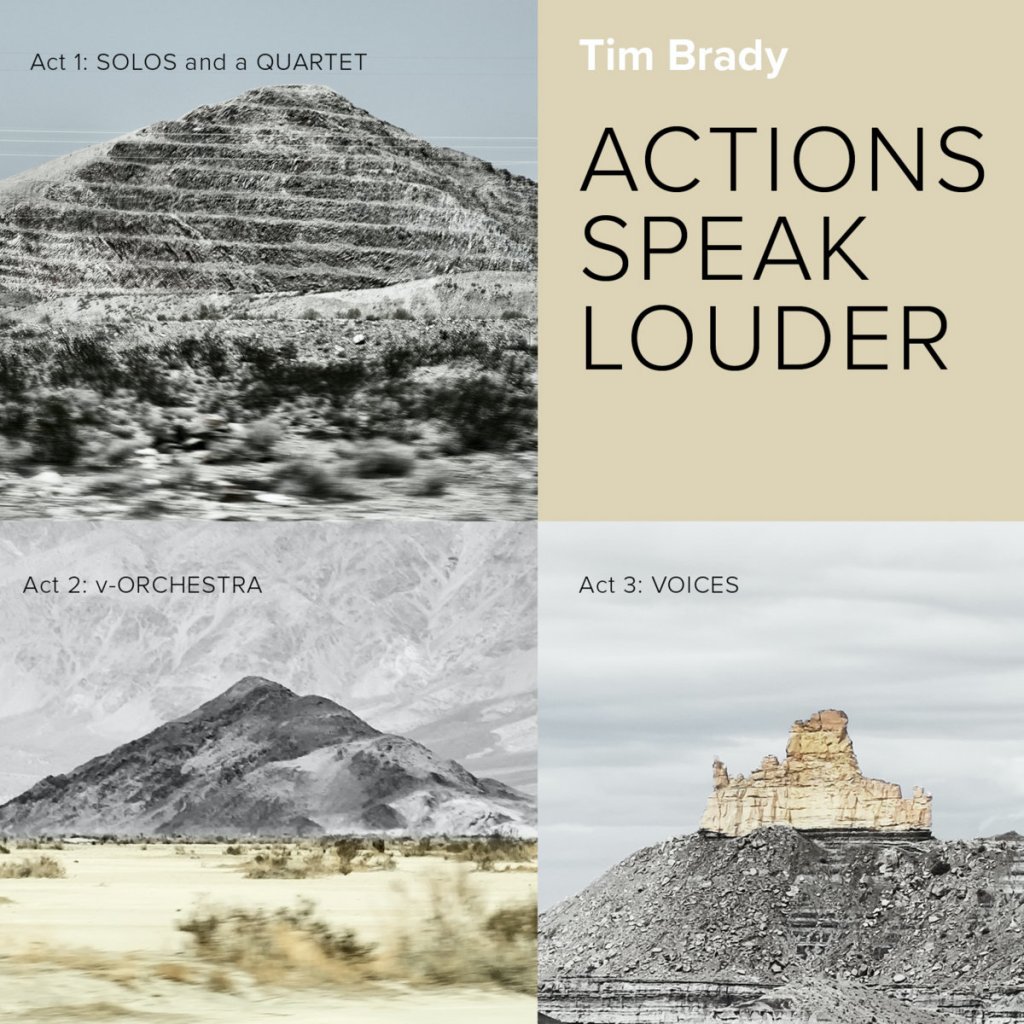 Timothy Wesley John Brady (born 11 July 1956) is a Canadian composer, electric guitarist, improvising musician, concert producer, record producer and cultural activist. Working in the field of contemporary classical music, experimental music, and musique actuelle, his compositions utilize a variety of styles from serialism to minimalism and often incorporate modern instruments such as electric guitars and other electroacoustic instruments. His music is marked by a synthesis of musical languages, having developed an ability to use elements of many musical styles while retaining a strong sense of personal expression.

Actions speak louder than words, it is often said. And the words we use to describe and categorize music – jazz, rock, tonal, atonal, classical, experimental, world, spectral, minimal, whatever – often focus on the technical and cultural differences between musical actions that are, at their heart, remarkably unified in intent. The act of making music, the passion of composing, the happiness of playing guitar, have always been for me a single continuum of ideas and possibilities, never a series of discrete styles and rules.  The initial COVID-19 crisis in the spring and summer of 2020 gave me the time to think about these ideas, and to create these three interconnected recordings. They explore this fundamental idea of a single musical continuum with three different approaches, but always with the idea of making connections through musical actions, rather than creating divisions through technical discourse.

The titles and simple programme notes give some clues as to how and why the music was created, but I don’t want to talk too much because, after all, actions speak louder…