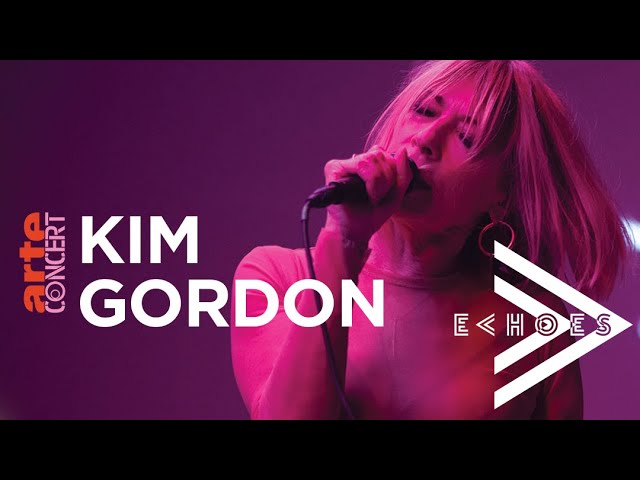 In 1981, Kim Gordon co-founded Sonic Youth, a New York group (that included a certain Thurston Moore – her ex-husband) at the forefront of grunge in the United States. In Echoes with Jehnny Beth, this multidisciplinary artist unveils her solo project, with its strange and unusual rock vibe. Now 67 years old, Kim Gordon is a fully-rounded, dedicated artist who has pursued several artistic careers. Author, singer, guitarist and bassist, Kim Gordon has put together several bands including Free Kittens and Body/Head. A committed feminist, she has collaborated with artists such as Lydia Lunch, Chuck D of Public Enemy and Kathleen Hanna of Bikini Kill. We also know her as a patron of contemporary art, a visual artist, a performer… and just when we thought she had done it all…

…in 2019 she surprised us again with her solo musical project, No Home Record, produced by Justin Raisen, who is famous for his collaborations with Angel Olsen, John Cale and Ariel Pink. A gorgeous album, heavily rock-inspired and mixed with low-key arrangements that form the perfect background to the austere, deep timbre of her voice and the occasional electro and hip-hop undertones. Classy and icy, this is a delight to relish in Echoes with Jehnny Beth!