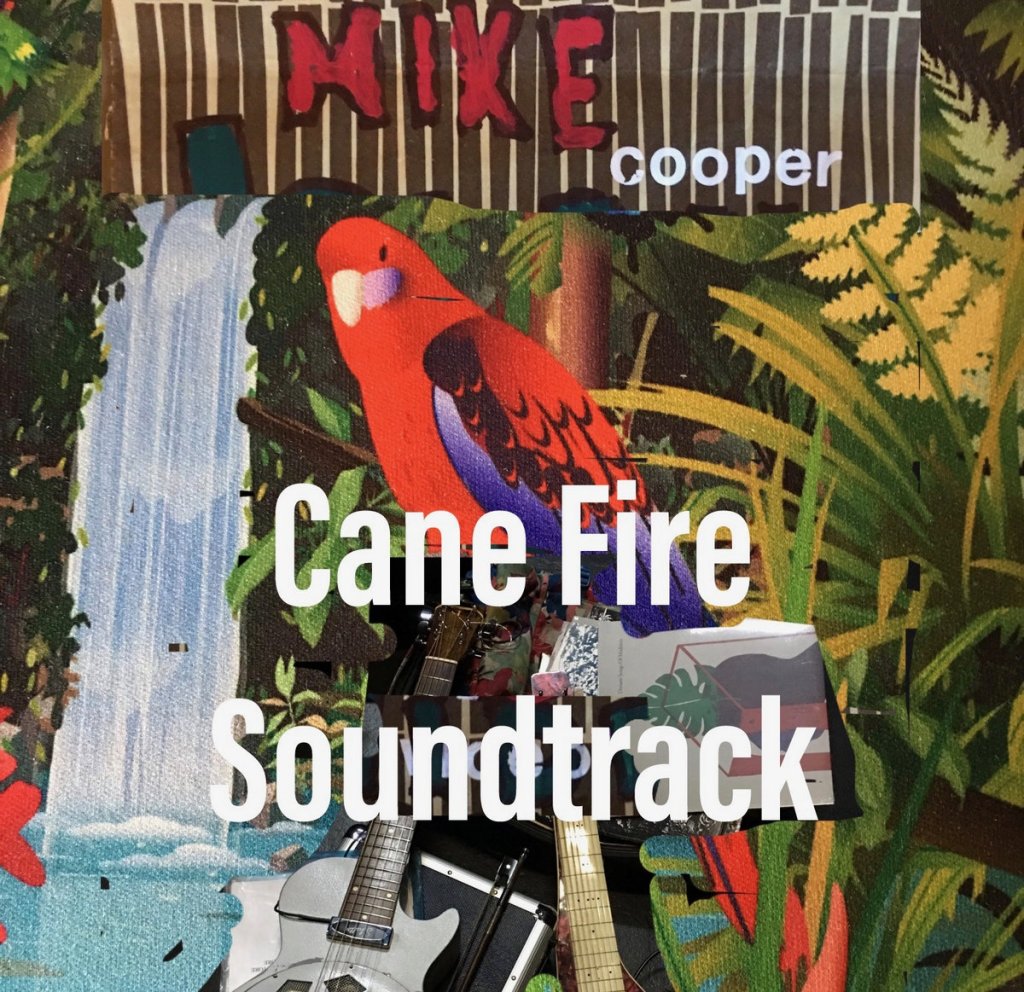 This is my film score for Anthony Banua-Simon’s documentary film Cane Fire.
“Cane Fire, the film, examines the past and present of the Hawaiian island of Kauaʻi, interweaving four generations of family history, numerous Hollywood productions, and troves of found footage to create a kaleidoscopic portrait of the economic and cultural forces that have cast indigenous and working-class residents as “extras” in their own story.”

In 1934 Family legend has it that Banua-Simon’s great-grandfather Albert, a Filipino immigrant and labor organizer, was an extra in Lois Weber’s lost film from 1934, Cane Fire, also known as White Heat and several of those participating in Anthony’s Cane Fire documentary have appeared as extras in other Hollywood / Hawaiian ‘exotica’ films.

“For decades, veteran experimental composer Mike Cooper has used his warped take on ‘50s exotica as a lens to address serious issues like climate change and colonialism. He returns to that sound on the extremely effective soundtrack for Cane Fire (2020), a documentary by Anthony Banua-Simon chronicling the Hawaiian island of Kauaʻi and the exploitative presence of Hollywood there over the decades. “Is music political that has no lyrics? I would like to think so,” Cooper reflected in the notes for the reissue of his influential 2004 album Rayon Hula, and these hypnotic passages of fried electronics and lap-steel guitar are among the most powerful and damning of his career. For anyone who spent last month sucking down the toxic tiki drink that was Mike White’s The White Lotus (2021-), Cane Fire is an essential and equally sharp chaser.”

It was a pleasure and honour to be asked to contribute to Cane Fire.

Cartography, exoticism and imaginary places in “Oceans of Milk and Treacle” by Mike Cooper on #neuguitars #blog #MikeCooper #conceptualguitar

Oceans Of Milk And Treacle by Mike Cooper, Room40, 2021 on #neuguitars #blog