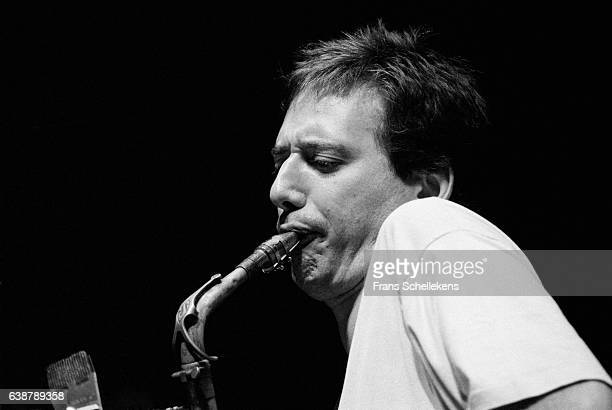 “I never specifically told anyone anything. I set up rules where they could tell each other when to play. It’s a pretty democratic process. I really don’t have any control over how long the piece is, or what happens in it.”

Let’s take a step back, we are in 2015, practically another geological era, and Tzadik releases a cd with the interesting title “John Zorn’s Olympiad volume 1 Dither plays Zorn”, where the quartet of electric guitars Dither (of which I have already spoken several times in the blog) plays some game pieces by Zorn, composed before his most famous piece “Cobra”, in the first half of the 70s. But what are the “game pieces” Between 1974 and 1992 Zorn gave birth to about thirty of very particular compositions also known as game pieces, which represented his personal answer to the main problem underlying improvisation techniques: how to give an organization to the most radical and informal improvisation, a macro structure that was flexible enough not to trap creativity , providing it at the same time with that bland but defined role architecture that allows it to effectively coordinate a group of improvisers.

Drawing inspiration from experimental music, from computational game theories and ultimately from how things go among men, Zorn conceived these compositions not in terms of metrics, language, instrumentation or notation, but simply with rules that prepared a game scenario for a group of improvisers, whose inventiveness and skills were put under pressure, challenged by the limitations defined by the composition, which, indeed, constituted the composition itself. That is, the composer limited himself to providing a series of rules of behavior that the musicians had to follow during improvisation, then leaving them completely free to follow their own inspiration.

“[The game pieces] are like a sport – it’s an exciting thing to see, it’s very visual when all the musicians are making signs at each other, trying to get each other’s attention. With this system, you can give a downbeat and have no idea what’s going to happen…” John Zorn

The object of inspiration, in large part, is sports, whose basic rules are translated into written instructions on how improvisers can interact with each other. In 2015, volume 1 gave me hope that a new generation of musicians, with an extensive cultural background, would like to resume these “compositions for improvisers”, giving them new lymph and new life. Dither had done an outstanding job and I wished others would take up this challenge. So wrote Zorn himself in the booklet that accompanied the CD:

“Now, almost 40 years later, a new generation of musicians has appeared who are perfectly suited to execute these challenging and artful composition schooled in improvisation composition and realizing both written music and open forms – musicians who deeply understand the group dinamic of working togheter as a team, which is so crucial in performing these largely community-based compositions.” John Zorn, 2014

Dither were the first team of this new generation to be entrusted with the difficult task of “playing” these “impromptu compositions” again. They performed three songs: Curling, Hockey and Fencing for a total of eight tracks. In fact, demonstrating the possibilities offered by these open structures, all the pieces have been recorded two or three times; tangible proof of the wide range of options and choices available. “John Zorn’s Olympiad volume 1 Dither plays Zorn” is music that is demanding, but at the same time not sad, dark or … “dry”. There is a sense of fun that hovers over all the music and I promise you that you will enjoy yourself looking for all the quotes and musical digressions it contains. Dither are very good and certainly do not make us regret the first generation of musicians who had interpreted these songs almost 40 years ago and which you can find in the excellent CD box set released by Tzadik in 1997 and entitled “The Parachute Years 1977-1980”. Its price has almost tripled over the past 10 years, but it’s pretty easy to find.

To find the sequel to volume 1, however, I had to wait seven years. I had almost lost hope, when the announcement of the July 2022 publication of the CD “John Zorn’s Olympiad – vol. 2 Fencing 1978 “. Seen and bought, with a slight disappointment. The second volume, in fact, does not follow in the footsteps of the previous one and sees the publication of two different versions of “Fencing”, one with Eugene Chadbourne, Duck Baker and Randy Hutton, recorded on Saturday 29 July 1978 at The Theater Of Musical Optics and the another with Chadbourne, Polly Bradfield and Zorn himself, performed on Saturday 5 August 1978 at the Center For Creative Education, Bard College, Kingston, NY by David Licht, during the formative years of The Book of Heads “cycle of studies for guitar, at the beginning of the downtown scene. The sport chosen as a reference, fencing. John Brackett, author of the seminal John Zorn: Tradition and Transgression, observes how Fencing juxtaposes and overlaps contrasting and identifiable musical genres, prompting players / musicians to combine recognizable and contrasting musical genres, creating a musical-stylistic collage.

“Eventually in the game pieces I created sets of rules, like the rules for baseball or football, and the players would interact using those rules. If they followed the rules properly, they could create certain structures and tactics, do whatever they wanted at any time. “You don ‘t want to play? You don’t have to play. If you want to play, here’s the way you go. You want to play with this person? You can do this:’ Some pieces are meant to be ten or fifteen minutes long; some can last a full evening or go on forever. There’s no set beginning, middle, or end, but there are ending cues-you can call them at any time. Some pieces can be for any number of players, some are for three players, some are for any instrumentation, some for a specific instrumentation. Each game piece is like a series of toggle switches-on and off, on and off-with a very complex series of rules that make it challenging. I’ll never be one of those composers who says, “OK, everybody, let’s do a little piece that says ‘Water.”’ 1

The problem that Zorn has to face in Fencing, as in all his game pieces, seems to be the one that has always accompanied those who play improvised music: to last longer than a few minutes and to work with a group, a form that is based on the improvisation must contain a simply miraculous sequence of impromptu inventions, which cannot be prepared at the table, or a compositional structure which, however, is neither perceptible nor burdensome. At the same time the composer must take a step back, give up the ‘monopoly’ of creation and share the open structure he created with other creatives, in order to create, each time, something new, shared, unique and repeatable in a new form. A process of collective interaction, exploration and elaboration, rather than an isolated flash of inspiration and genius.

“The form of Fencing is interesting and worth investigating. Ten short one minute pieces each beginning with the same composed “head” are interrupted by three longer passages of an improvising style called “Fencing” —a layering of opposing ideas on top of one another, not unlike the Ivesian con-cept of three bands playing simultaneously. In the short pieces there is less time for thought and the improvisers react more on instinct—in the longer “Fencing” sections the players are instructed to take more time in making musical choices before playing. The piece is both fun and vexing for the musicians and au-dience alike, and blends the surprise and intensity of improvisation with a unique and flexible game-like structural integrity.” From the cd booklet

For guitarists interested in improvisation, this CD is a mine of ideas and musical information on the Guitar Trio, one of the rare occasions in which to be able to listen to three outsiders together like Eugene Chadbourne, Duck Baker and Randy Hutton. These are music very distant from the current Zornian production, but no less interesting. Another aspect of the multifaceted creativity unfolded over the years by this improviser-composer, who still does not cease to amaze us.

1Ann McCutchan The Muse that Sings: Composers Speak about the Creative Process