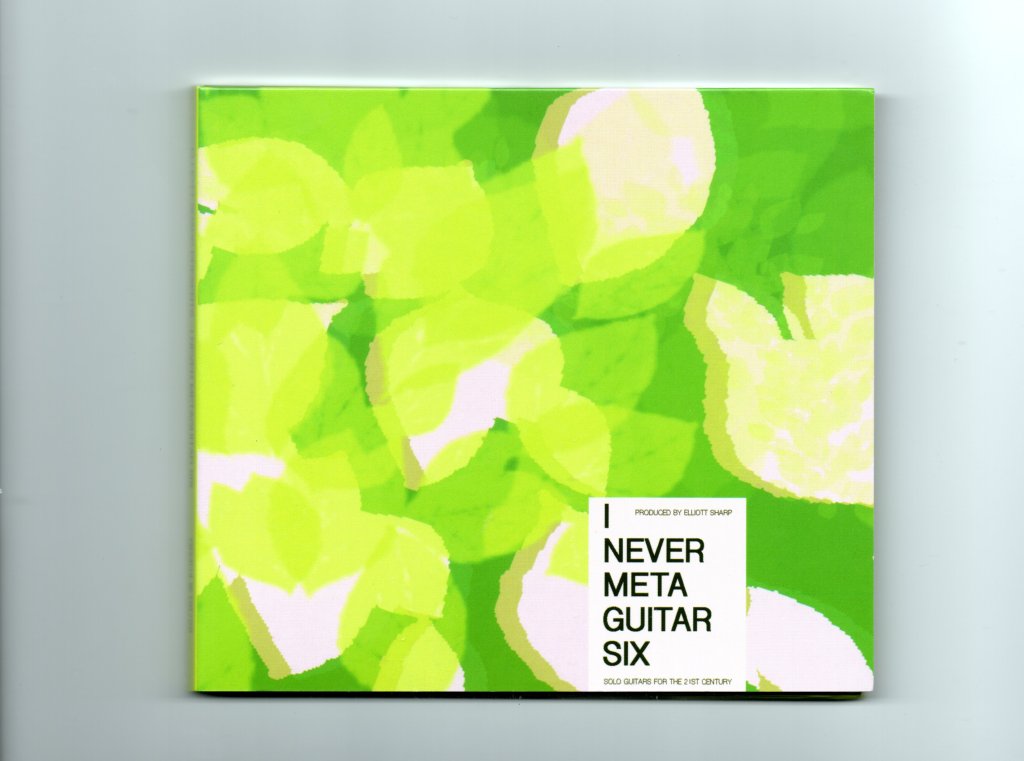 The exhilarating quality of the “chinese encyclopedia” described in Borges’ Inquisiciones was highlighted  by Michel Foucault in his Les mots et les choses of 1966. It has been thenceforth repeatedly considered a pure invention by Borges, and nobody thus far has found any source for such encyclopedia. In fact this encyclopedia is not totally a borgesian invention but is rather his comical version of the a description found in the Encyclopedia Britannica, as this essay proves with ample documentation.

Elliott Sharp has done it again. He has added a new chapter to the I Never Meta Guitar project, reaching the sixth cd, always with the declared aim of “covering the parallel realities of contemporary guitarism”. Some time has passed now, it was 2010, when Sharp released the first volume for the Portuguese record company Clean Feed. At the time I never imagined that Sharp would continue so long in its effort to map “solo guitars for the 21st century”; now Sharp’s effort and desire remind me of Borges’ obsessions with encyclopedic representations. In “Other Inquisitions”, in “The Analytical Idiom of John Wilkins”, Borges writes as follows:

“These ambiguities, redundancies and deficiencies are reminiscent of those that Dr. Franz Kuhn attributes to a Chinese encyclopedia called the Celestial Emporium of Benevolent Knowledge. In which it is written that ‘animals are divided into: (a) belonging to the Emperor, (b) embalmed, (c) tame, (d) suckling pigs, (e) sirens, (f) fabulous, (g) stray dogs, (h) included in the present classification, (i) frenzied, (j) innumerable, (k) drawn with a very fine camelhair brush, (l) et cetera, (m) having just broken the water pitcher, (n) that from a long way off look like flies.”.

The history of the Western encyclopaedia had gone through different seasons: it had started with the models of Pliny, it had passed to the system of the liberal arts which finds its origins in the Origines or Etymologiae of Isidore of Seville, and then it had gone through the hexameronic and Ramist model of the Alsteds , to finally arrive at the alphabetical one, inaugurated by Vincenzo Coronelli in the early 18th century and then universalized by the Encyclopedie and is currently the most widespread. However, none of the models mentioned presented a capricious taxonomy like the one that can be guessed from Borges’ descriptions. Indeed, rather than taxonomy we could speak of true anarchy with an infinite possibility of creating sections of categories and species. In his new volume there are eighteen other guitarists from all over the world, as well as many new names, others, such as David Torn, Sergio Sorrentino, Francesca Naibo, Wendy Eisenberg and Jessica Ackerley, already known to readers of the blog. Like Borges, Sharp seems to reject alphabetical order (or disorder), showing himself more inclined to attempt an “organic” classification of guitar subjects. Sharp’s selections and classifications exhibit a witty but profound attitude, which would require a great deal of speculative talent to devise a better classification. When Sharp chooses a guitarist and a piece by him, in reality, he exercises the right to create a Platonic archetype, creating a classification that does not ideally exhaust its object, but which sets the imagination in motion and pushes towards a further search for styles and content. The problem, if anything, is that of not lying either with words or with sounds, Sharp’s skill lies in the fact of being able, every time, to define a coherent conceptual framework, a useful classification scheme, capable of evolving as ratings and acquaintances accumulate. I Never Meta Guitar is now a project similar to that of Borges, an ever-expanding sphere, a tireless mapping where boundaries are pushed forward in a discontinuous, irregular and non-definitive way. Thank you very much, Mr. Sharp.

Borges, again: ‘The impossibility of penetrating the divine pattern of the universe cannot stop us from planning human patterns, even though we are conscious they are not definitive’

The Library of Babel of the guitar, how many different “Walk My ways” can you create with a six string? On #neuguitars #blog